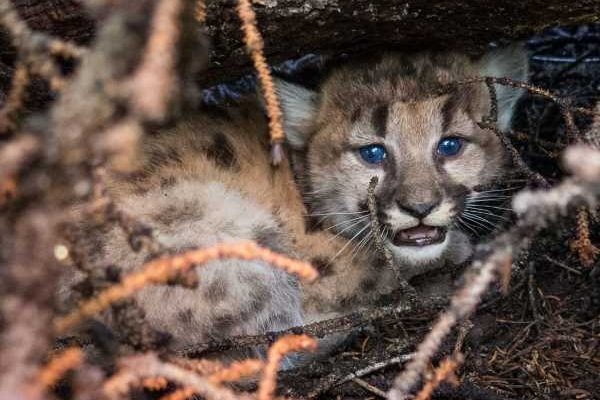 The plague is notorious for killing tens of millions of people throughout history, but a new study has revealed that the deadly bacteria is now infecting an entirely different victim: Cougars living in the greater Yellowstone area.

Researchers tested 28 cougars (also known as pumas or mountain lions) for the disease, and found that nearly half had been exposed to the plague (Yersinia pestis).

However, because cougars usually don’t go near humans, these big cats are unlikely to get anyone sick. “The average person has essentially zero possibility of contracting plague from a mountain lion,” study lead researcher Mark Elbroch, puma program director for Panthera, a global wild cat conservation organization, told Live Science in an email. “So please, do not read into our results as a reason to fear mountain lions.”

Researchers conducted the study after learning that plague — not starvation, as they had initially thought — had claimed the lives of a cougar mother and her 3-month-old kitten in southern Teton County, Wyoming in 2006. This discovery “was a shocker,” Elbroch said. So, he and his colleagues at Panthera partnered with the Wyoming Game and Fish Wildlife Department’s Wildlife Health Laboratory to survey other cougars for the disease.

Of the 28 cougars tested between 2005 and 2014, 11 were found after they had died. (These cougars had been wearing tracking collars that notified researchers if the big cats hadn’t moved for 8 hours.)

Results showed that 12 cougars (nearly 43%) tested positive for plague. This number includes eight (47%) of the 17 living pumas and four (36%) of the 11 dead pumas. These four dead pumas had died from plague, and also showed symptoms of pneumonia, the researchers found.

One puma that had received repeated blood tests was found to be negative twice, positive once and then negative again over a 5-year period, suggesting that this creature had been exposed to the disease, but managed to survive after developing antibodies against it.

In another case, another mountain lion that looked healthy had two positive blood tests 3 years apart, suggesting it had “possible multiple exposures over time with no apparent disease symptom development,” the researchers wrote in the study.

These findings show that “plague is likely more prevalent than expected in the GYE [Greater Yellowstone Ecosystem],” Elbroch said.

Just like a canary in a coal mine, sick mountain lions could serve as a useful barometer, indicating when plague is active in the region, he said. In fact, a Boy Scout became infected with plague in the Teton area in 2008, during the course of the study, the researchers learned.

Given that the more than 3,000 mountain lions that are killed by hunters each year in the U.S. must be presented to local wildlife authorities, perhaps state officials could sample these animals for plague, Elbroch said.

“We are not arguing for increased mountain lion hunting, or that this is sufficient reason to hunt mountain lions,” he said. “We are only pointing out that where they are hunted, they could provide useful data to improve human safety.”

Moreover, while the public doesn’t have to worry about plague exposure from cougars, hunters do.

“Hunters and others handling mountain lions in this region should be aware of the possibility of [plague] exposure, which left untreated is fatal,” Elbroch said. People can get the plague from infected fleas on animal carcasses that are seeking new hosts, or, “depending upon the kind of plague, from blood or from handling other internal organs,” Elbroch said.

For instance, a puma researcher in Arizona caught the plague during a routine necropsy (an animal autopsy) and died of pneumonic plague in 2007, “a case that could have been averted with antibiotics had awareness of the possibility been more widespread,” the researchers wrote in the study.

The study was published online March 2 in the journal Environmental Conservation.

For a limited time, you can take out a digital subscription to any of our best-selling science magazines for just $2.38 per month, or 45% off the standard price for the first three months.View Deal