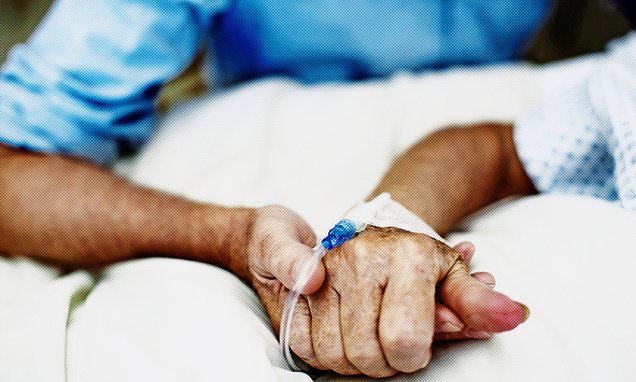 Not one person will be ‘left to die’ by doctors – no matter their age, says NHS intensive care specialist

Patients crammed into hospital corridors, on trolleys, or simply slumped against walls. The oldest – and sickest – left gasping for air, abandoned. Doctors forced to decide who must be given treatment and a chance to live, and who is beyond help.

Accounts of the situation in some Italian and Spanish hospitals read like something out of a horror film. Many commentators have likened the chronic lack of vital equipment – and the mounting death rate – to a war or an apocalypse.

And the older generation are reportedly suffering the most. In what seems like the cruellest of choices, health chiefs in Turin reportedly ordered that vital equipment such as ventilators be reserved for young, fit patients with a higher chance of survival. 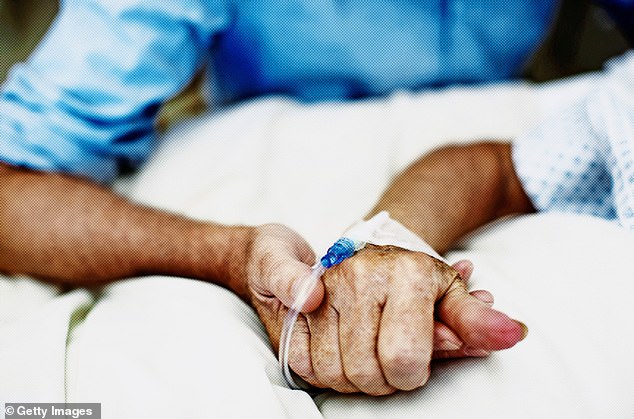 Caring until the end: Medical staff will continue to give treatment based on clinical need, not a person’s age, writes NHS intensive care specialist Dr Ron Daniels

The message is that those over ­80 have only a few years left to live anyway, so are somehow less important. It makes especially uncomfortable reading for me, an intensive care doctor faced with making such life-­and-­death treatment decisions every day.

But over the past few weeks, a troubling rumour has spread across social media. Reports, even published by some newspapers, have suggested that millions here could be shunned from intensive care departments purely because they’re deemed too old or ill.

Having spent the past two months caring for the most gravely ill Covid­-19 patients in hospitals in the West Midlands, I can tell you this couldn’t be further from the truth. Not only are these pernicious falsehoods insulting, they are harmful to patients.

In the past couple of weeks, I’ve heard of many older patients refusing to seek vital medical help for fear they’ll be left alone in a hospital corridor. Some even believe they’re safer at home, without doctors ‘playing God’.

But, in fact, the UK has an outstanding record in triage – prioritising who gets treatment based on clinical needs. That’s not about to change, even in the grip of a pandemic.

I’d be lying if I said that we may not have to, at some point, prioritise, especially with vital ventilators in such short supply. The cold, hard truth is that doctors will be forced to make hard decisions they never thought they would face. 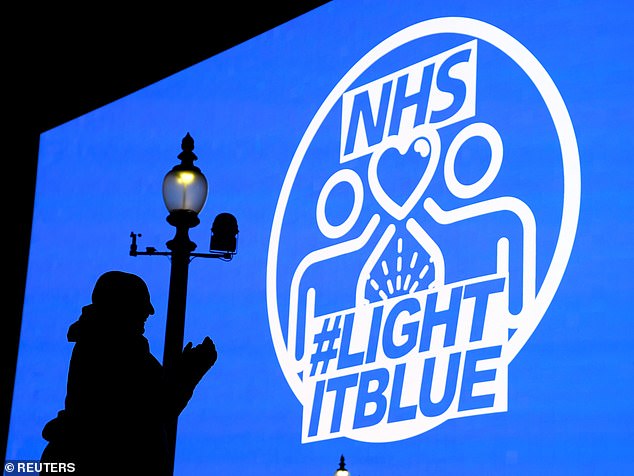 People applaud in front of a big screen in Piccadilly Circus during the Clap for Our Carers campaign in support of the NHS, as the spread of coronavirus continues (file photo)

But these decisions are far from as simplistic as some would have you believe.

As well as being a critical care consultant with more than two decades of experience, I am also a founder of The Sepsis Trust charity. Sepsis is an acute, potentially fatal reaction to an infection, and it kills more than 40,000 Britons a year. It can send a perfectly healthy patient into downward spiral at frightening speed.

It is not uncommon for sepsis patients to need intensive care, and life­-support. But whether a patient is admitted to an intensive care ward – and given life-­saving equipment such as ventilation – is based on an intricate decision-­making process, not simply their age.

First, we take vital signs of each patient – everything from heart rate and blood pressure – as these tell us just how ill a person is.

If their scores are far from normal, they’re considered a good candidate for intensive care. But if patients do pull through, they many never fully recover. So when making a decision to put a patient on a ventilator, we always consider their quality of life afterwards.

Using a ventilator to treat any patient does not necessarily give them the best chance. Like every medical treatment, it comes with risks. The device pushes air and oxygen in and out of the lungs mechanically. 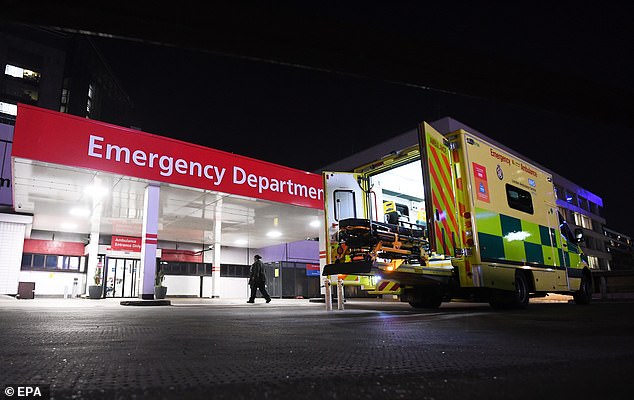 Attaching it is risky for the patient, as it sometimes involves a procedure to slot a tube down their throat and into their windpipe. The risk of potentially deadly, secondary infections, such as sepsis, increases – staggeringly so for those who are older or with chronic conditions.

Once a patient comes off a ventilator, it can take almost a month before their lungs are able to breathe without supplementary oxygen, which means an extended  hospital stay. And if a coronavirus patient has been breathing via ventilator for weeks, it’s unlikely they will reach full lung capacity again.

If a patient is severely physically incapacitated, we don’t simply deem them not worth helping – the team talks to the patient’s GP and family members to come to a collaborative decision about what can realistically be achieved.

According to studies, just a fifth of 80­-year-­olds live for more than a year after an intensive care admission, such is the trauma of aggressive treatment. And only 57 per cent of working-­age ICU patients are well enough to return to work a year after being discharged.

As a result of all this, doctors work hand in hand with a team of experts called critical care outreach teams. These are usually made up of senior nurses who have undergone advanced training and it is their job not only to deliver care on the wards, but also to decide if the benefit of intensive care treatment, including ventilation, will be greater than the risks.

If a patient is severely physically incapacitated, we don’t simply deem them not worth helping – the team talks to the patient’s GP and family members to come to a collaborative decision about what can realistically be achieved. 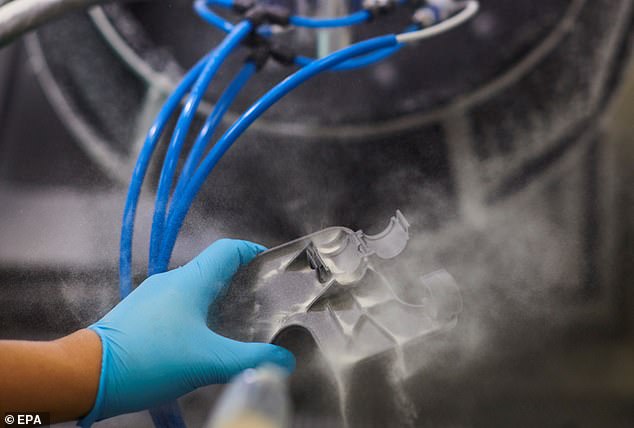 A worker prints pieces for a ventilator in Barcelona, Spain, on 23 March (file photo) 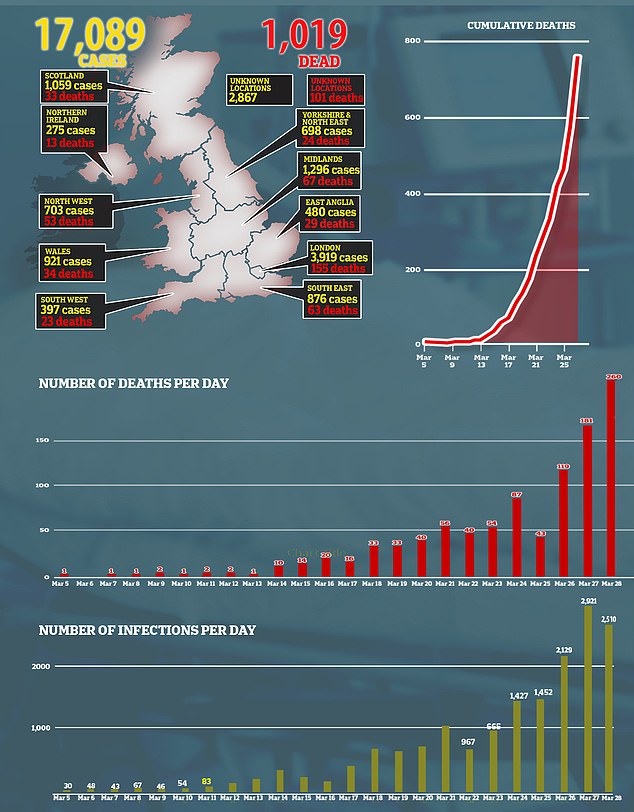 If there is a reasonable chance of getting them back to a good quality of life, then it’s likely they are a good candidate.

A healthy 75­-year­-old with no serious underlying conditions is just as likely to get treatment as someone in their 30s.

If ever there is a situation in which we feel the risks outweigh the benefits, we must call on another expert body within the hospital, called an ethics committee, to make the final call. This might be a group of senior colleagues from specialities such as intensive care or respiratory medicine who come together to discuss whether an ICU referral really is the best option.

And for some patients – such as those with terminal cancer – it simply won’t be. Many would much rather live their final weeks or months surrounded by loved ones at home rather than undergoing aggressive, risky treatment.

Deciding against critical care treatment for these patients is not cruel, nor heartless. It is the opposite – it allows them the chance to die with dignity. And that will remain our aim, even in the face of this frightening pandemic.