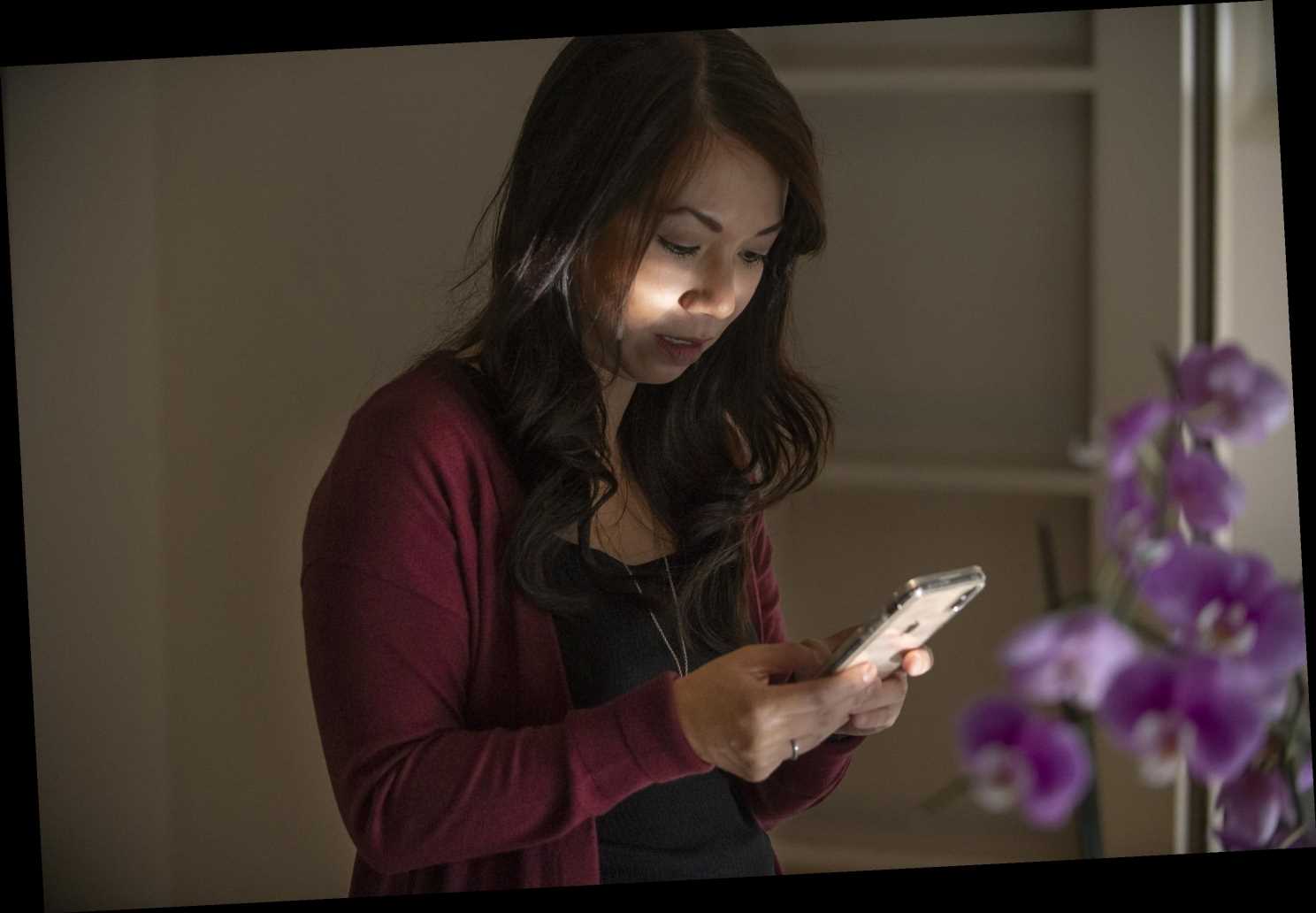 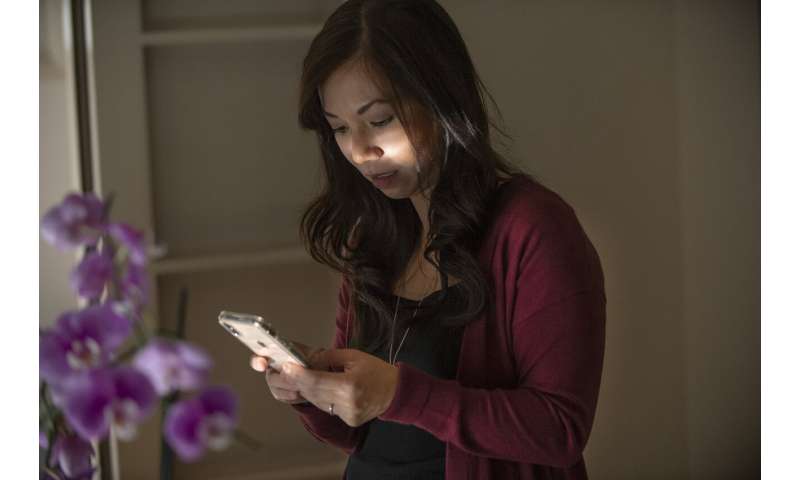 Dr. Anna Nguyen spoke with none of the five patients she treated on a recent weekday morning. She didn’t even leave her dining room.

Welcome to the latest wrinkle in health care convenience: the chat diagnosis.

Nguyen’s company, CirrusMD, can connect patients with a doctor in less than a minute. But such fast service comes with a catch: The patient probably won’t see or talk to the doctor, because most communication takes place via secure messaging.

“We live in a consumer-driven world, and I think that consumers are becoming accustomed to being able to access all types of service with their thumbs,” CirrusMD co-founder Dr. Blake McKinney said.

CirrusMD and rivals like 98point6 and K Health offer message-based treatment for injuries or minor illnesses normally handled by a doctor’s office or clinic. They say they’re even more convenient than the video telemedicine that many employers and insurers now offer, because patients accustomed to Uber-like convenience can text with a doctor while riding a bus or waiting in a grocery store line.

Millions of Americans have access to these services. The companies are growing thanks to a push to improve care access, keep patients healthy and limit expensive emergency room visits. Walmart’s Sam’s Club, for instance, recently announced that it would offer 98point6 visits as part of a customer care program it is testing.

But some doctors worry about the quality of care provided by physicians who won’t see their patients and might have a limited medical history to read before deciding treatment.

“If the business opportunity is huge, there’s a risk that that caution is pushed aside,” said Dr. Thomas Bledsoe, a member of the American College of Physicians.

Message-based care providers say they take steps to ensure safety and recommend in-person doctor visits when necessary. Nguyen, for instance, once urged an 85-year-old woman who contacted CirrusMD about crushing chest pain to head to an emergency room. 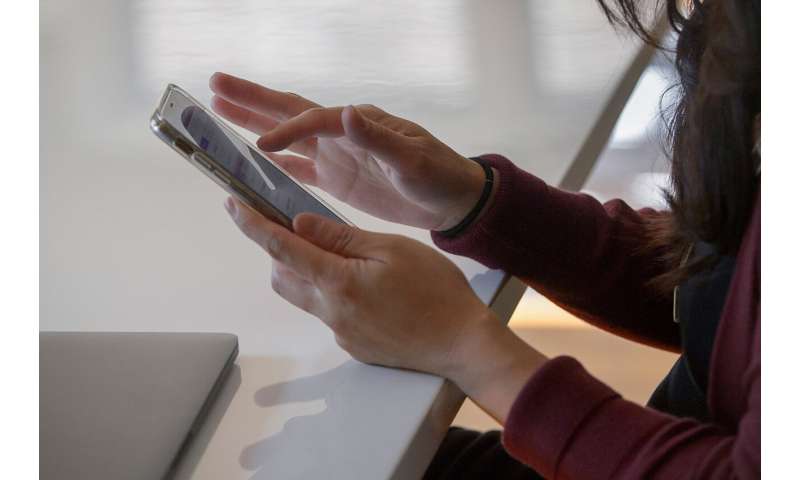 These companies note that a thorough medical history is not crucial for every case. They also say doctors don’t always need vital signs like temperature and blood pressure, but they can coach patients through taking them if necessary. Doctors also can opt for a video or phone conversation when needed.

Even so, the companies estimate they can resolve more than 80 percent of their cases through messaging.

About 3 million people nationwide have access to CirrusMD doctors, mostly through their insurance. The insurer or employer providing the coverage pays for the service, allowing patients to chat with doctors at no charge.

At first glance, a visitor to Nguyen’s Sacramento home wouldn’t be able to tell if she was the doctor or the patient during her recent shift. She sat at her dining room table and tapped her iPhone to bounce between patients.

She gave physical therapy recommendations to the pregnant woman and helped a Colorado man who hurt his back moving boxes at work. A Michigan man checked in about his sore throat as that conversation wound down.

Then the mom messaged from Mexico. Her 6-year-old started vomiting and developed a fever and diarrhea after his brother and father became sick during a vacation. Nguyen wanted to know how the boy was acting, so she asked several questions and requested a picture.

The emergency physician could tell by his skin color that he wasn’t dehydrated.

“The picture itself looks reassuring,” she said. “If he had encephalitis, he’d be really confused and out of it.”

The doctor said she thought the boy just had a stomach bug, and she told his mother to make sure he kept drinking fluids. 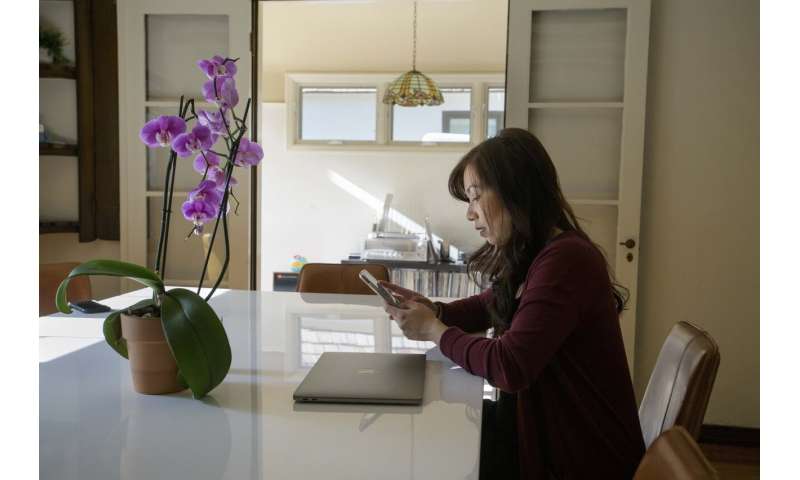 Nguyen said she enjoys this type of care because the format gives her more time with patients.

“I think patients will like it a lot because most really hate going to their doctor,” she said referring to the hassle of setting an appointment, getting to the office and then waiting for the visit.

Some patients simply don’t have time for all that.

Ohio Wesleyan University student Jasmine Spitzer contacted a 98point6 doctor in a panic earlier this year because her throat was sore, and the music education major had an opera recital coming up. She texted for help as she walked to class.

The doctor couldn’t prescribe anything. But she sent pictures of common medications Spitzer could buy, including cough drops with lower levels of menthol, which dries out vocal chords.

“I wish that there is a way for me to … tell her, ‘Thank you so much, you kind of saved my life,'” Spitzer said. “I was able to give my recital and it was great.”

98point6 customers first describe their symptoms to a chatbot that uses a computer program to figure out what to ask. That information is then passed to a doctor for diagnosis and treatment.

“There are many, many cases where the physician does not have to ask a single additional question,” CEO Robbie Cape said.

The company launched its service in January 2018 with 600 customers and expects to have about 1 million people signed up by the end of this year.

K Health also started in 2018 with a business that offers personalized health information to patients who might otherwise Google their symptoms. Those patients then have an option to chat with a doctor. 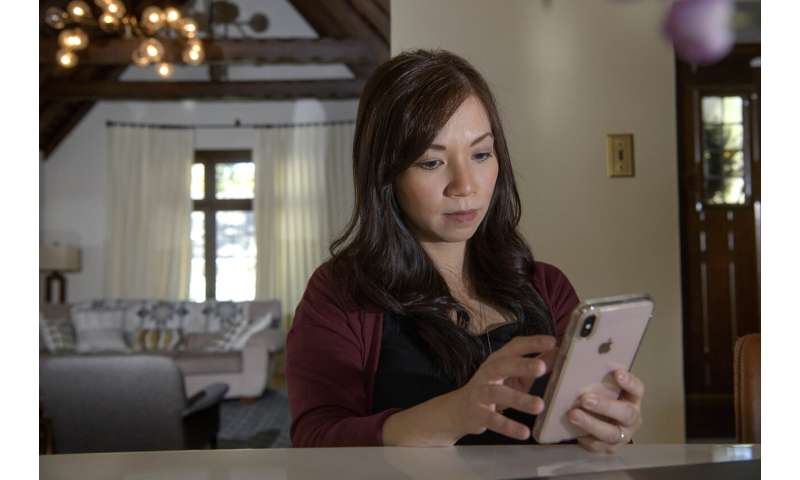 These companies say their doctors often answer an array of quick questions as well provide care. Nguyen had a Louisiana woman send her a picture of her thumb, which she punctured cleaning out a chicken coop, just to see if the doctor thought it might need attention.

Patients and doctors have long emailed outside of office visits, usually about prescription refills or follow-up questions. These newer, message-based treatments often involve care by a physician who doesn’t know the patient and who may have a limited view of that person’s medical history.

That concerns Bledsoe, the American College of Physicians doctor. He noted, for instance, that a patient who wants a quick prescription for another bladder infection may actually need a cancer test.

“Sometimes what seems to be a limited problem to a patient is actually part of a bigger problem that requires some more evaluation and treatment,” he said.

Virtual care like this also might lead to antibiotic overprescribing, said Dr. Ateev Mehrotra. The Harvard researcher said it’s probably easier for a doctor who knows a patient to explain face to face why they don’t need a medicine than it would be for a stranger to deliver that news by text and risk upsetting a customer.

Instead of hurting care, these chat-diagnosis companies say they help by improving access, especially if someone’s regular doctor isn’t available.