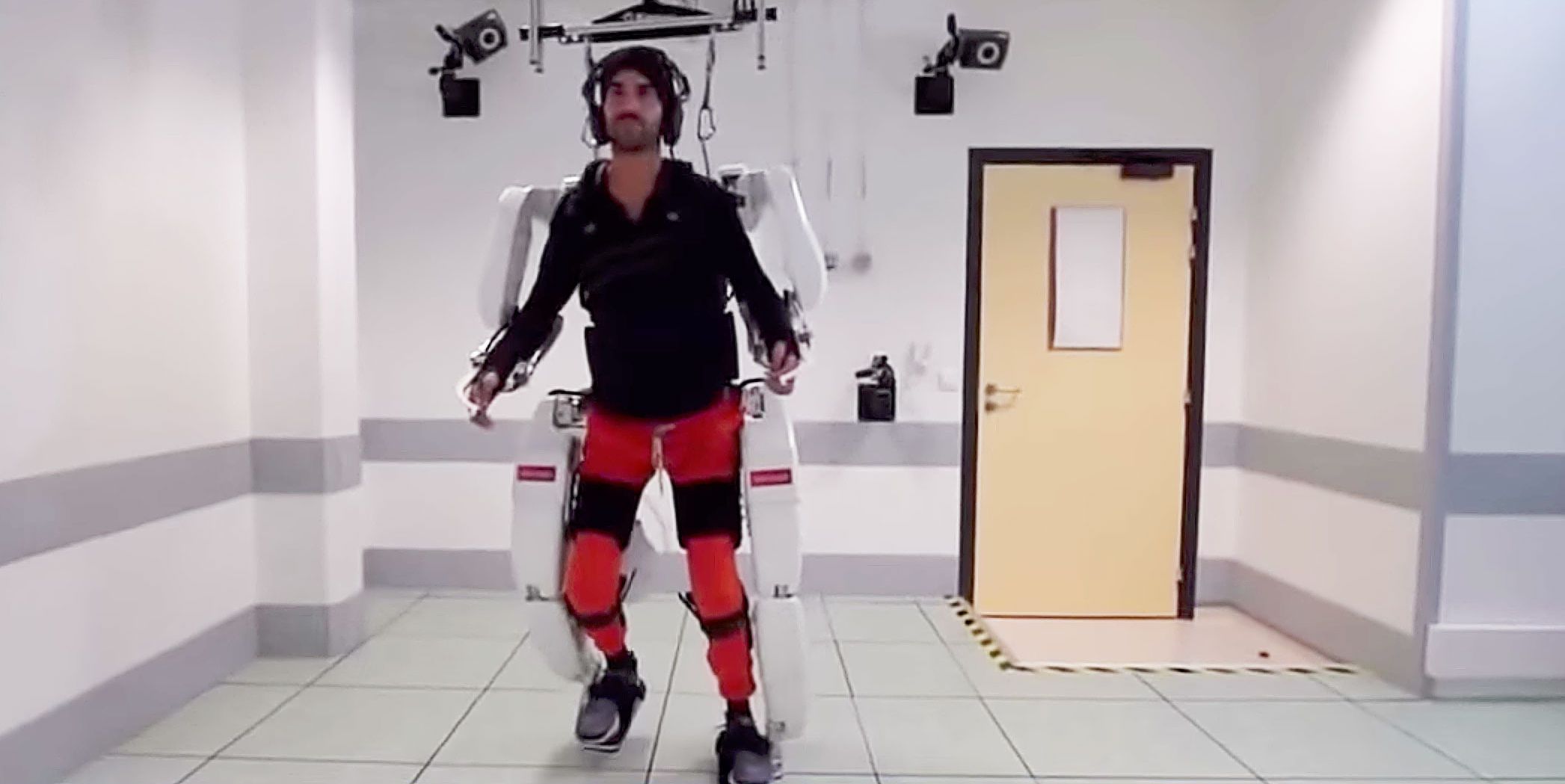 A quadriplegic man was able to walk again using an experimental robotic body suit which he controlled with his brain. The exoskeleton was developed by a team of researchers at the University of Grenoble in France, who hope that their proof-of-concept demonstration will show the possibilities offered by brain-machine interfaces in improving the lives of patients.

The man, named only as Thibault in the study, suffered a cervical spine injury four years ago which left him paralyzed except for limited motion in his biceps and left wrist. Thibault worked closely with the research team for two years, undergoing training to ensure he would be able to operate the suit. This involved placing two implants on the surface of his brain that would allow him to send signals to the exoskeleton and “drive” it.

In a series of trials in laboratory conditions, while wearing a harness for safety and balance, Thibault’s range of motion in the suit gradually improved.

“Two bilateral wireless epidural recorders, each with 64 electrodes, were implanted over the upper limb sensorimotor areas of the brain,” write the team in The Lancet. “Epidural electrocorticographic (ECoG) signals were processed online by an adaptive decoding algorithm to send commands to effectors (virtual avatar or exoskeleton). Throughout the 24 months of the study, the patient did various mental tasks to progressively increase the number of degrees of freedom.”

There remains a lot of research to be done in the field of neuroprosthetics, but this breakthrough illustrates that “semi-invasive” techniques can feasibly introduce a degree of mobility back into the lives of paralyzed patients.

“I forgot what it is to stand,” Thibault told the BBC. “I forgot I was taller than a lot of people in the room.” He also said that being involved in this revolutionary experiment made him feel like the “first man on the moon.”