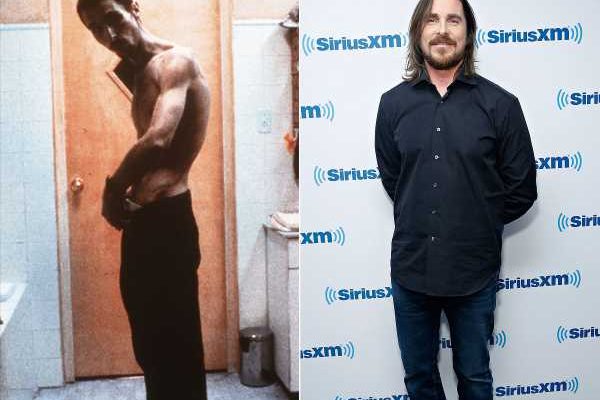 Few actors are as devoted to character transformation as Christian Bale, who has gained and lost incredible amounts of weight for many of his past roles. But after his latest transformation — losing 70 lbs. to go from former Vice President Dick Cheney in Vice to racecar driver Ken Hill in Ford v Ferrari — Bale said he’s “done.”

Bale said in December that he had “fun” gaining weight to play Cheney, and mostly just ate “a lot of pies” to do it. But it was much tougher to lose that weight to match Hill’s slim driver physique.

“It was more fun gaining the weight than losing it,” he said.

It may have been tough for Bale, but his Ford v Ferrari costar Matt Damon said that it was fascinating to see it happen on set.

“I had a great time watching him,” Damon said on CBS This Morning. “He’s got an incredible monk-like discipline, like, when he had to lose … he went from Dick Cheney to this guy. So he had to lose 70 pounds.”

Along with switching weights for Vice and Ford v Ferrari, Bale has famously changed up his diets for 2004’s The Machinist, when he got down to just 120 lbs., before gaining 70 lbs. back plus another 30 lbs. of muscle to play Batman.

Bale also lost weight — and won an Academy Award — for his role as a heroin addict in 2010’s The Fighter, before adding a potbelly for 2013’s American Hustle. After that movie, Bale realized it was getting tougher to lose weight.

“I thought I was going to lose the weight I gained for American Hustle. I said, two months, flat, that’ll do it. I was 185 and I went up to 228 for it. And I’m still working that off! It’s almost six months later,” he said in 2013. “Now, I know that when I was in my early twenties it would have been two months and that’s it.”