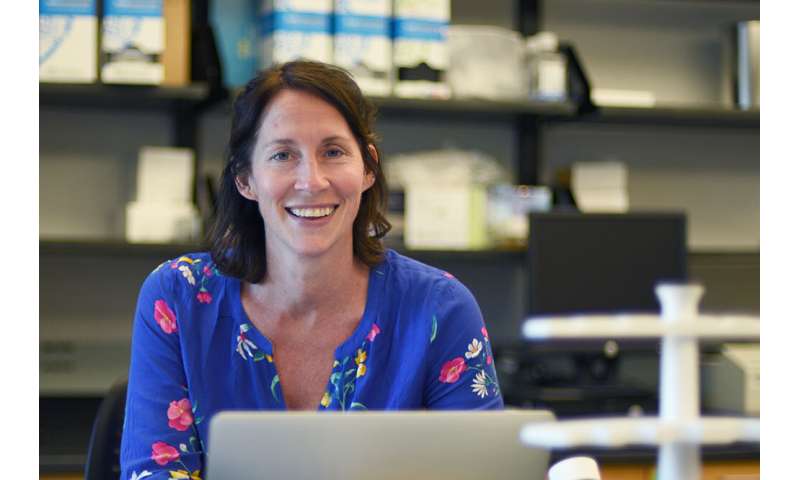 A team of scientists from Hollings Cancer Center at the Medical University of South Carolina (MUSC) has developed a novel flow cytometry technique that can, for the first-time, quantify protein production in T-cells. T cells are immune cells that surveil the body and can effectively target and kill cancer cells. However, when T cells are in the vicinity of a tumor, cancer cells sap their energy, leading to a decrease in their protein production. This change leads to T cells losing their tumor-killing ability.

The new technique, developed by the MUSC team, can be used to monitor protein production in T cells and understand how it becomes depressed in the tumor microenvironment. Interventions could then be developed to restore T cells’ protein production and ability to control tumor growth. The team, led by Jessica E. Thaxton, Ph.D., recently reported its findings in a priority brief in Cancer Immunology Research. Thaxton is an assistant professor in the departments of Orthopaedics and Physical Medicine and Microbiology and Immunology at MUSC and a member of Hollings Cancer Center, a National Cancer Institute designated cancer center.

“This study reveals our first attempt at trying to understand how T cells undergo the process of making proteins,” explained Thaxton. “Before this paper or before this technology, scientists had very little idea how much protein T cells make. It was a shot in the dark. But now we have quantitative data that shows how much protein T cells make, and we can begin to ask questions like, ‘Which proteins?’ and ‘How are they made?'”

In the past four years, the team observed more than 50 human tumors, and in most tumors, they noticed the existence of T cells that made very little protein. This finding led them to surmise that there are T cells unable to make proteins residing in tumors. According to Thaxton, the new technology will help them to monitor these T cells and reawaken their protein production machinery and cancer-fighting ability.

“This paper establishes that T cells that are able to make protein in tumors have phenomenal ability to control tumor growth,” explained Thaxton. “We ultimately want to remodel the existing T cell population in tumors, and that is really where our laboratory is headed.”

To understand more fully protein production in T cells in tumors, the scientists used two different types of signaling molecules (cytokines) called IL-15 and IL-2. It has been established in other studies that T cells treated with IL-15 control tumor growth very well, but those conditioned with IL-2 do so poorly. The team found that T cells conditioned with IL-15 were able to make proteins in the tumor microenvironment and in tumors, whereas IL-2 conditioned T cells experienced diminished protein production in tumors.

These results will help scientists to understand how they can reawaken tumor T-cells and increase their protein production, thereby enhancing their ability to control tumor growth. Thaxton believes that a simple strategy of combining a modulator that changes the way that T cells generate energy will allow T cells to experience sustained protein production in tumors and produce more effective immunotherapy treatments for patients.

Unlike many current immunotherapies, which can be quite expensive, this approach would be cost-effective and thus a more realistic strategy for treating cancer patients from all walks of life.

Thaxton believes that the current study is the very first set of experiments that begins to delineate the role of protein production in anti-tumor immunity.