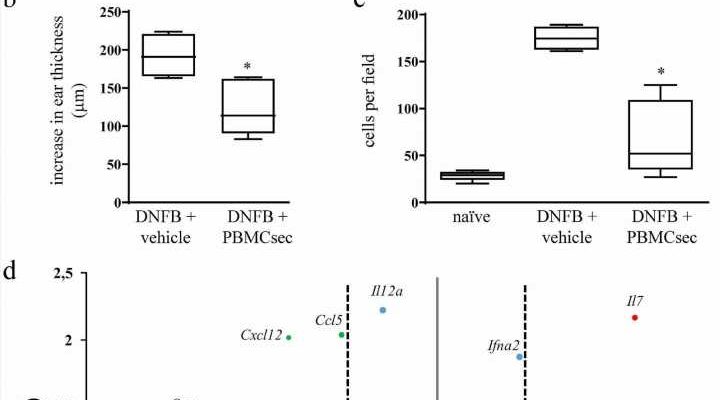 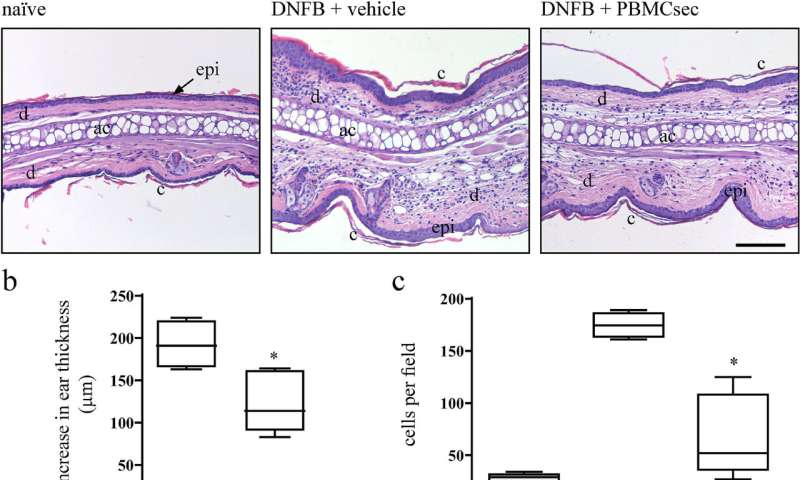 APOSEC is a biologic wound-healing agent developed by thoracic surgeon Hendrik Jan Ankersmit from MedUni Vienna. Together with dermatological basic researcher Michael Mildner, also from MedUni Vienna, he has now also investigated the efficacy of the substance in the treatment of allergic skin lesions such as contact dermatitis, since the anti-inflammatory effects of APOSEC are known from previous studies. The results are highly promising and could give rise to alternative methods of treating skin diseases. The study has been published in EBioMedicine.

The biologic drug was patented a few years ago by thoracic surgeon Hendrik Jan Ankersmit from the Department of Surgery, who was, at the time, Head of the Christian Doppler Laboratory for Cardiac and Thoracic Diagnosis and Regeneration at MedUni Vienna. The active agent is a cell secretome consisting of soluble proteins, lipids and small extracellular vesicles that are secreted by irradiated white blood cells. Over the course of the last ten years, Ankersmit and Mildner (MedUni Vienna’s Department of Dermatology) have further developed the drug with the support of APOSCIENCE AG, the Austrian Research Promotion Agency FFG and Vienna Business Agency.

The team had already demonstrated in preclinical studies that the secretome has an antibacterial effect, induces revascularisation and stimulates wound healing. A multinational, clinical Phase II trial is soon to be started to investigate wound healing in diabetic foot ulceration (diabetic foot syndrome). Since anti-inflammatory effects were also observed, the research team investigated the influence of the secretome on dendritic cells, which play a major role in immune defense. These cells belong to the group of antigen-presenting cells and trigger the body’s immune response in the face of invading pathogens. In the case of allergy and atopy, this mechanism can be disrupted, resulting in an unwanted, excessive immune reaction.

A mouse model and ex vivo cultures of human skin were used to study the effect of topically applied APOSEC in contact dermatitis. Significantly fewer inflammatory reactions were observed, since the secretome apparently influences dendritic cells. It prevents them from differentiating and maturing, so that the cells take up far fewer antigens. This greatly reduces the allergic reaction. It was also demonstrated that lipids present in the secretome are responsible for this effect.