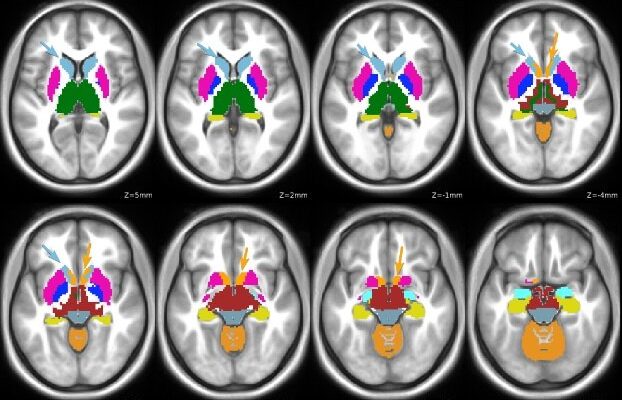 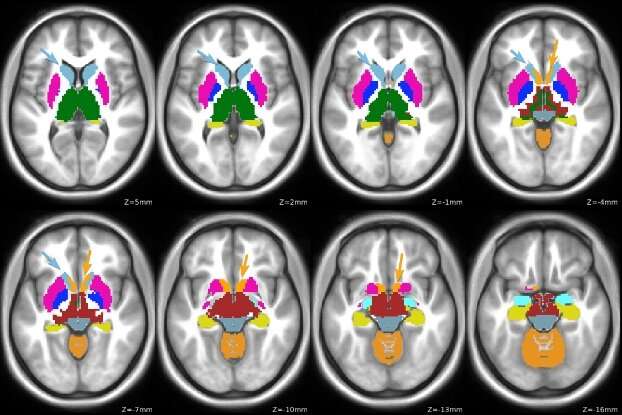 Genetic studies of attention-deficit/hyperactivity disorder (ADHD) show that it takes many common genetic variations combining together in one individual to increase risk substantially. At the same time, neuroimaging experts have found differences in how the brains of people diagnosed with ADHD are functionally connected. However it’s unclear how genetic risk might be directly related to altered brain circuitry in individuals diagnosed with ADHD.

A new study in Biological Psychiatry: Cognitive Neuroscience and Neuroimaging, published by Elsevier, combined genetics and functional brain imaging to find that both genetic and neural factors influence ADHD diagnosis.

In the study, researchers focused their imaging analyses on selected brain regions, looking specifically at the communication between those regions and the rest of the brain in children with the diagnosis. One region’s connectivity was linked to a higher risk of ADHD, while a second, different part of the brain seemed to compensate for genetic effects and reduced the chances of an ADHD diagnosis.

The authors believe this research will lead to a better understanding of how genetic risk factors alter different parts of the brain to change behaviors and why some people at higher genetic risk do not exhibit ADHD symptoms.

“We are now in a phase with enough data to answer some questions about the underlying genetics of a disorder that in the past have been difficult to elucidate,” said senior author Damien Fair, Ph.D. “Previous imaging studies had shown different functional connectivity, and we assume those have a genetic basis.”

ADHD is a neurodevelopmental psychiatric disorder that affects about 5 percent of children and adolescents and 2.5 percent of adults worldwide. The disorder is characterized by inattentive or hyperactive symptoms with many variations.The paper focuses on 315 children between the ages of 8 and 12 who participated in a longitudinal ADHD study that began in 2008 at the Oregon Health & Science University in Portland, WA, USA, as a collaboration between Dr. Fair, a neuroscientist and imaging researcher, and co-author Joel Nigg, Ph.D., a pediatric psychologist.

In this study, led by Robert Hermosillo, Ph.D., a postdoctoral researcher in Fair’s lab, the team selected three areas of the brain based on a brain tissue database that showed where ADHD risk genes were likely to alter brain activity. To measure the brain communication to-and-from these regions on each side of the brain, the researchers used resting-state non-invasive magnetic resonance imaging (MRI) scans.

To begin to bridge genetic and neuroimaging studies of ADHD, researchers used MRI to scan the brains of children. Two regions previously associated with ADHD stood out. In one, a higher ADHD genetic risk correlated with a more active brain circuit anchored by the nucleus accumbens (orange arrow). Interestingly a weaker connection anchored by the caudate nucleus (blue arrow) seemed to protect children at high genetic risk from ADHD behaviors.

Next, they calculated a cumulative ADHD genetic risk score in the children, based on recent genome-wide studies, including a dozen higher-risk genetic regions reported two years ago by a large international collaboration called the Psychiatric Genetics Consortium.

In one brain region anchored by the nucleus accumbens, they found a direct correlation with genetics. “Increased genetic risk means stronger communication between the visual areas and the reward centers,” explained Dr. Hermosillo.

Another brain region anchored by the caudate yielded more puzzling results until the researchers tested its role as a mediator between genetics and behavior. “The less these two regions talk to each other, the higher the genetic risk for ADHD,” said Dr. Hermosillo. “It seems to provide a certain resiliency against the genetic effects of ADHD. Even among those with high risk for ADHD, if these two brain regions are communicating very little, a child is unlikely to end up with that diagnosis.”

A third region, the amygdala, showed no correlation between connectivity to the other brain regions and the genetics.