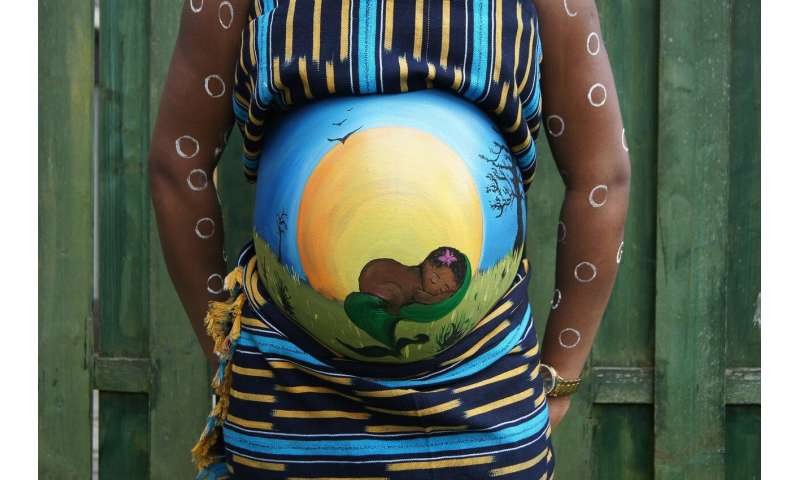 Despite progress in reducing the rate of adolescent pregnancy, more than 16 million adolescent girls globally become parents each year. According to the World Health Organisation, 90% of these young mothers live in the global South.

Girls in countries with the highest adolescent fertility rates, many of which are in sub-Saharan Africa, are also the most likely to be malnourished without access to quality maternity care or safe abortions. This leads to complications and consequences that can last a lifetime.

Maternity is a leading cause of disability for girls aged 15-19, according to the World Health Organisation.

The maternal mortality rate for girls under 16 years is around four times that of women in their early 20s. In low and middle-income countries, the overwhelming majority of adolescent pregnancies occur in marriage.

In developing countries, an estimated babies born each day to girls under the age of 18 are born to those who are already married.

A report on Ethiopia released last year corroborates this. In Ethiopia 60% of girls are married by the age of 18. This is a significant factor in the high rate of pregnancy among 15 to 19 year olds.

However, many adolescent girls don’t get the care they need. Free contraceptives are available in most communities in Ethiopia, but many girls lack social access because of conservative cultural and religious norms. A dominant norm is that girls need to give birth as quickly as possible after marriage to prove their fertility.

Adolescent girls and community health workers also report that service providers—contrary to their official mandate—are also unwilling to provide advice on contraceptives because of these powerful norms.

What this means is that young, married girls too often don’t get the family planning information they need. They also don’t get support in negotiating with their husbands and families to take control of their own fertility.

Our research in Ethiopia found that access to contraceptive information and supplies varies by region, but that cultural and gender norms are still a barrier to use of contraception even where it is made available.

As one 14-year-old married girl explained: “I am not using (family planning) now—before I have one child. If you stay without a child for a longer time, they will tell you, you are barren.”

Our evidence highlights that these realities need to inform efforts to reduce adolescent pregnancies and improve maternal and child health.

What can be done

Gender and Adolescence: Global Evidence research, a longitudinal research initiative in low and middle-income countries, focuses on the consequences of early motherhood and reviewed some of the strategies already in place in some regions of Ethiopia.

We found promising practices in Amhara, a rural area in northern Ethiopia which has historically had the lowest average age of marriage. These included the expansion of a health extension program, in which the government funds training for female secondary school graduates and employs them to deliver health care in rural regions.

Another good example is the Women’s Development Army, a government-supported initiative involving women volunteers. It spreads messages about family planning and maternal care at the grassroots level.

Another effective model was developed in Amhara to improve relationships between young women, their husbands and in-laws, to increase their uptake of contraceptives. Care International, a non-profit organization working to end poverty by empowering women and girls, did this by engaging with community gatekeepers such as religious leaders, health workers and village elders to critically reflect on gender norms and find ways to support girls’ groups.

These strategies have helped improve outcomes for girls in Amhara. Our report found that adolescents there were more likely to identify a form of family planning than in other study localities.

There’s an urgent need to scale these efforts to tackle both adolescent pregnancy and early marriage.

But there are still obstacles to severing the link between marriage and early motherhood. In Oromia in central Ethiopia, girls reported fears about contraceptive use. Some cited concerns that it could make them ill, cause their hair to fall out and make them permanently infertile.

These fears, combined with a lack of access to reliable sexual and reproductive health information, low education rates and the pervasive social norms linking adolescent marriage and early childbirth, are all driving high adolescent fertility rates.

Another major barrier to breaking the link between marriage and early motherhood is in situations where large families are considered economically important. This is the case in pastoralist communities such as in Afar, a north east region of the country.