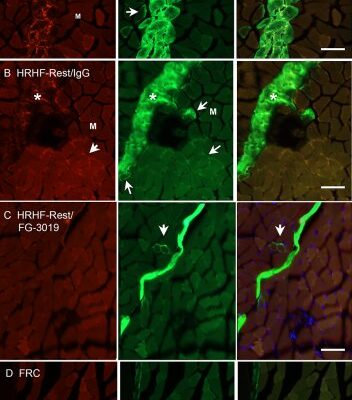 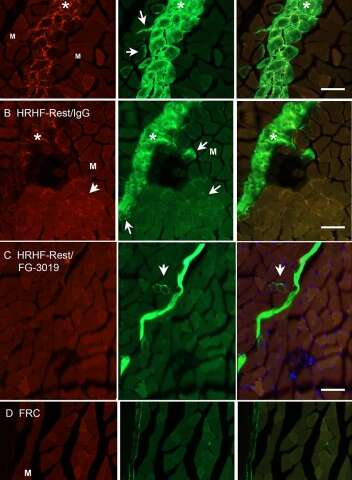 High-force, high-repetition movements, such as those involved in heavy lifting, create microinjuries in muscle fibers. Muscle tissue responds by making small repairs to the damaged fibers. But over time, with repetition of injury, healing capacity becomes overwhelmed, and microinjuries progress to fibrosis—the replacement of muscle tissue with connective tissue. Fibrosis ultimately weakens muscles and can put pressure on nerves, causing pain.

While long thought to be irreversible, new research by scientists at the Lewis Katz School of Medicine at Temple University (LKSOM) shows for the first time in animals that it may be possible to undo the damage caused by fibrosis and, in the process, restore muscle strength.

The findings, published online March 30 in The FASEB Journal, offer hope for people who have been unable to return to work because of an overuse injury.

“The accumulation of scar tissue from muscle fibrosis is the primary cause of muscle weakness that arises following overuse injury, also known as repetitive strain injury,” explained Mary F. Barbe, Ph.D., Professor of Anatomy and Cell Biology and Professor in the Department of Physical Therapy at LKSOM.

Dr. Barbe and colleagues, including her primary collaborator Steven N. Popoff, Ph.D., the John Franklin Huber Chair and Professor of Anatomy and Cell Biology at LKSOM, found that this scarring process can be halted and even reversed by a drug known as FG-3019. FG-3019, which works by blocking the activity of a protein called CCN2, was recently approved by the U.S. Food and Drug Administration for the treatment of Duchenne muscular dystrophy.

Dr. Barbe’s team carried out their investigation in a rat model of overuse injury in which animals were trained to do a task in a high-force, high-repetition manner for a reward. After 18 weeks, animals trained on the task developed muscle fibrosis characteristic of overuse injury.

Following the six weeks of rest, analyses of muscle tissue showed that untreated animals and sham-treated animals had significantly elevated muscle levels of fibrosis-related proteins, including collagen and CCN2, which promotes the growth of connective tissue. By contrast, in FG-3019-treated animals, CCN2 and collagen levels were similar to levels in control rats that were not trained to perform the repetitive task. Fibrotic damage was also reversed in animals given FG-3019, and these animals showed significant improvements in grip and other tests of muscle strength.

“FG-3019 is already in clinical trials for other diseases involving fibrosis, including pulmonary fibrosis and kidney fibrosis,” Dr. Barbe said. “Our work adds to the relevance of this drug in treating fibrotic diseases, with the novel application for muscle fibrosis associated with overuse injury.”

Dr. Barbe and colleagues hope to pursue the use of FG-3019 in clinical trials in human patients.