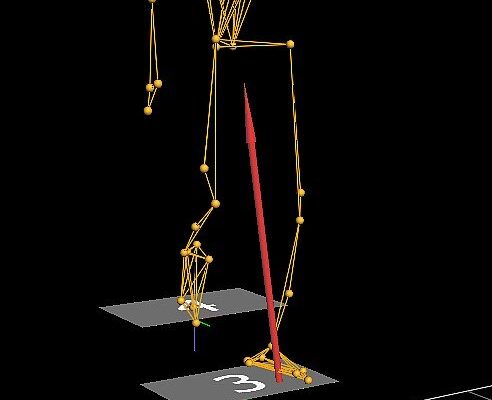 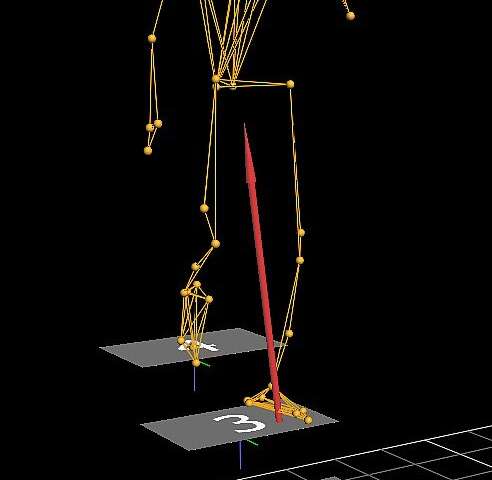 Multitasking young people unconsciously change the way they walk when going up or down a flight of stairs while talking on their mobile phone at the same time, a study has found.

Researchers observed that even healthy, fit young adults with full mental capacity unknowingly adjusted their gait while climbing or descending steps at the same time as they were engaged in a typical mobile telephone conversation.

Their movements while using a mobile phone were slower and likely to cost less mental effort at a time when their attention was divided, a pilot study of eight people showed.

The scientists involved say that the findings—published in Applied Ergonomics—can contribute to our understanding of why people, particularly more frail and vulnerable people, are prone to tripping or tumbling on steps when using a mobile phone and what can be done to prevent it.

There are a reported 300,000 accidents on staircases every year in the UK alone.

Lead researcher Dr. Irene Di Giulio completed the study while a postdoctoral researcher at Manchester Metropolitan University and now works at King’s College London as a Lecturer in Human Anatomy and Biomechanics.

Dr. Di Giulio said: “These pilot results show that, even for young, healthy and cognitively intact individuals, talking on a mobile phone whilst negotiating a staircase induces measurable changes in motor performance.

“The extent of the key changes we measured are consistent with a reduction in motor performance. We explained these findings with the fact that integrating the motor—stair walking—and the cognitive—talking on the phone—tasks was difficult even for young participants, who routinely use mobile phones.”

Researchers wanted to examine how the study participants coped with carrying out two real-world tasks at the same time, the so-called “walk and talk.”

The talking-on-the-phone task was used because it is an everyday occurrence, it is more active than simply listening to music and the participant may feel compelled to continue the conversation, even if taking the stairs becomes challenging, because the person with who they are chatting is away in a completely separate environment.

Researchers observed the young adults having a mobile phone conversation while negotiating a special flight of steps in Manchester Metropolitan University’s biomechanics laboratory, which matched the dimensions of common staircases.

Interestingly, while there was a handrail available on either side, none of the study participants used it. Neither did they trip or fall.

Dr. Di Giulio said: “Although this is a pilot study with a small sample size, we were surprised to find changes in stair walking even for these young participants.

“High-precision movement analysis was employed to measure changes unlikely to be visible with the naked eye.

“However, moving more slowly is indicative of a potential bottleneck in the integration of the walking and the talking tasks.

“These results should be considered when the environment becomes more challenging, for example in a crowded environment or on an escalator, and when the mental and motor abilities of an individual decline, especially when this occurs with a slow progression, as in aging individuals.

“The present dual task would be more difficult if musculo-skeletal or cognitive abilities, or both, were decreased.

“This is a particularly important issue for an aging population, whose mental and movement abilities can slowly decline, and for individuals who are less able to accurately judge their ability in relation to the task’s demands.