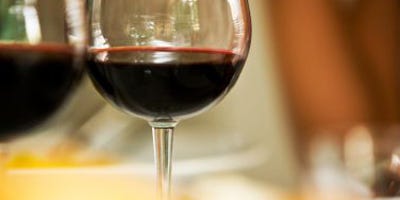 A 41-year-old Belgian woman died after drinking a single sip of wine laced with the drug MDMA.

On tasting it, the woman, who has not been named, put aside the bottle, which she thought was a 2016 Merlot-Cabernet Sauvignon by Dutch brand Black & Bianco, because it tasted bad, CNN reported.

She collapsed soon after and was rushed to the hospital, where she died five days later. With that one sip, she had ingested enough MDMA to kill her.

Authorities believe drug traffickers pumped the bottle full of the drug. In this case, the counterfeit bottle had been opened, spiked with MDMA, and covered with a beige cork.

Black & Bianco issued a statement, saying that they had collaborated with Belgian police officers and discovered this was not the original version of the bottle, which bears a black cork and company logo.

Prosecutors warned members of the public to look out for any suspicious-looking wine bottles.

MDMA is a synthetic, psychoactive drug that also goes by ecstasy, according to the NIH. It is both a stimulant and a psychedelic, which energizes users and distorts time and perception. It causes an overwhelming amount of seratonin to rush to the brain, creating a sense of euphoria and intimacy with others. Molly refers to the crystalline powder form of MDMA.

When MDMA is taken, a person will feel the effects approximately 45 minutes later, and those effects will last around three hours.

Combining MDMA with alcohol can be lethal. When alcohol, which is a depressant, is mixed with a drug like MDMA, which is a stimulant, the two compete in your system, according to DrinkAware. The depressant wants to slow the brain and central nervous system down, and the stimulant wants to speed it up. This can put enormous strain on people's brains and central nervous systems.

When ecstasy and alcohol are taken together, people can become doubly dehydrated, and their cognitive capacities are doubly impaired. The combination of alcohol and MDMA can both put a lot of strain on people's livers and kidneys, as well as the brain and heart. Studies show drinking alcohol with MDMA increases stress to the heart and can greatly increase risk of cardiac arrest.