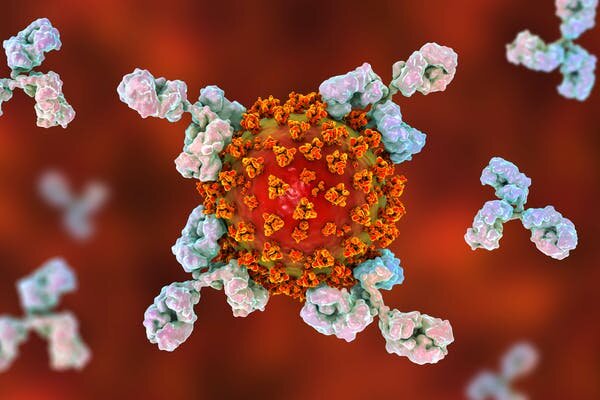 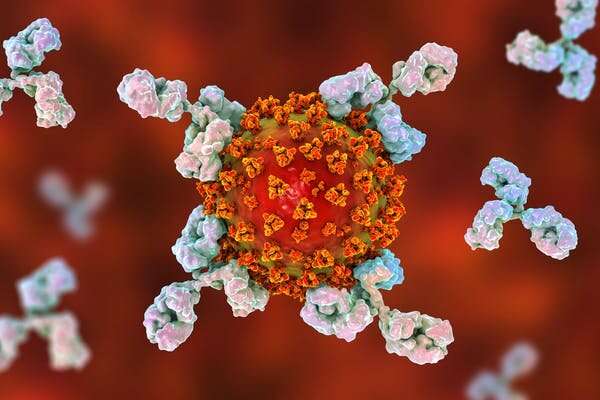 Nearly two million “rapid” antibody tests imported into Australia have been declared useless for determining whether someone has been exposed to the COVID-19 coronavirus.

Testing by the Doherty Institute revealed many of the tests accurately detected COVID-19 antibodies in just 56.9% of cases – not much better than flipping a coin.

Antibody tests are important for establishing who has had the virus, especially because many people infected seem to show no symptoms. There is also hope rapid tests could be used to diagnose active COVID-19, as the tests would be much quicker and less invasive than the current swabs, known as PCR tests.

Antibodies tell us who has had the virus

An antibody is a small, Y-shaped molecule that binds to specific structures on viruses, called antigens. When these antibodies bind to the antigen on the virus, they can stop the viruses entering our cells and replicating.

With social restrictions being eased in many countries, including Australia, it will be crucial to know who has already had the virus. But one Italian study found 43% of people who tested positive for COVID-19 had shown no symptoms. However, this is a pre-print study and has not been peer-reviewed, so the results should be treated with caution.

Accurate antibody tests can help us establish exactly how widespread asymptomatic infection is, helping authorities assess the true spread of the virus.

How do antibody tests work?

Antibody tests can also help scientists understand what a good immune response to the virus looks like. This is something we don’t yet fully understand, but we need to know for developing a vaccine.

To develop an antibody test, researchers choose a piece of the virus (a specific antigen) and make it in the lab. We can then use the antigen to fish out the antibodies specific to it, out of all the antibodies in human blood. In the laboratory, these tests can also determine how many antibodies against the virus are present in the blood.

Rapid antibody tests work more like a pregnancy test. Using these tests in the field involves taking a pinprick sample of a patient’s blood. If the blood contains antibodies that bind to the specific antigen, the result is positive. If not, the result is negative.

But for these tests to be useful, we need to be able to trust the results. The choice of antigen matters for both the sensitivity and the specificity of the antibody test.

Tests need to be more sensitive and specific

The sensitivity of the antibody test is important for avoiding “false negatives”, in which the patient’s blood appears free of antibodies against SARS-CoV-2 despite having previously been infected with it.

So early on during infection, when we want to use rapid antibody tests for diagnosing COVID-19, we need a highly sensitive test. Otherwise we might be actively infected with the virus, but we could return a negative result on the antibody test because we haven’t made enough antibodies yet.

The specificity of the test is important for avoiding “false positives”. Sometimes, viruses can have very similar antigens, particularly if they are closely related. So SARS-CoV-2 antigens might be similar to antigens from SARS1, or to the common cold coronaviruses. A test that’s not specific enough may return a positive result to a different virus.

Think of it like trying to identify different types of fruit. Its easy to distinguish between an apple and an orange. But determining whether we have an orange or a mandarin is much harder. Our test has to be sensitive to more than just colour, shape, and texture of the fruit’s skin. We would need to look for a characteristic unique to the orange, such as the roundness of the orange, or how easy it is to peel the skin off.

The antigen used for the test must therefore be unique to SARS-CoV-2. Otherwise we might think someone has been exposed to the virus when they have only suffered a common cold.

The tests imported by the Australian federal government weren’t sensitive enough. The Doherty Institute found the tests had a high chance of producing a false negative, though the likelihood of producing a false positive was lower. The Institute also found the accuracy of the tests was much lower than what the companies selling the test claimed, highlighting the need for independent evaluation of these claims.

The pressure of the pandemic means the demand for these tests was high, and the government took a gamble and bought them before they had been properly checked.

The good news is that new antibody tests are being developed rapidly, and one has been independently approved in the UK.