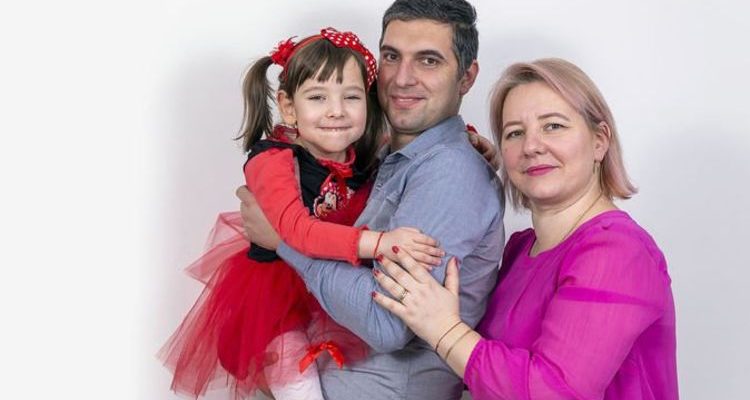 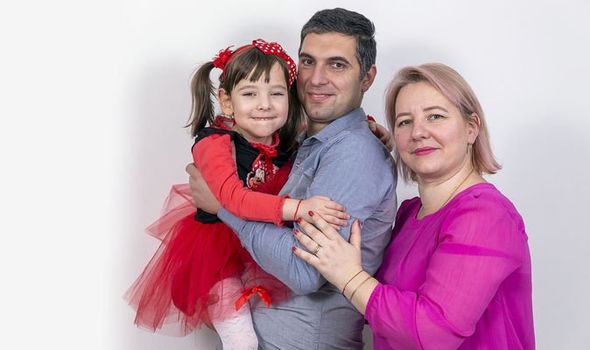 Anastasia Buturin, now five, can also cuddle her teddies and has started to take her first steps.

Her genetic condition – tyrosine hydroxylase deficiency – means her body does not make enough dopamine, a chemical crucial to muscle and brain function.

However, it can be treated by topping up the compound and now she is making great progress.

The symptoms are so rare there have been fewer than 50 cases reported in medical journals.

And initially doctors were at a loss as to what was wrong. Her parents thought she might have cerebral palsy and even feared she might die.

It was only when she was transferred to Evelina London Children’s Hospital, a specialist in rare illnesses, that a diagnosis was made and treatment could begin.

Anastasia’s father Valentin said: “Six months after she began treatment she started saying Mum and Dad. It was such a magical moment. We waited four years to hear her say those words.”

Anastasia was a healthy baby but by three months old she was becoming floppy and struggling to hold up her head.

As she got older, she lost the ability to move her hands, arms and legs. Unable to talk or even gesture, she communicated by moving her eyes and smiling.

Her parents moved from Romania when she was 18 months old to give her a better life. Anastasia was given regular physiotherapy but her health failed to improve.

By the time she was three she could barely open her eyes, spending most of her time asleep. 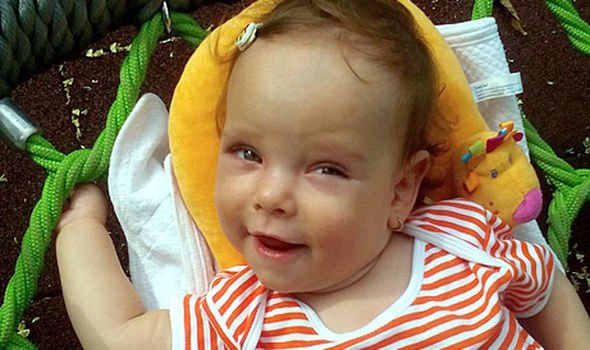 Valentin, 34, of Seaford, East Sussex, a care assistant for the elderly, said: “We were extremely concerned but no one could tell us what was wrong. She had lots of tests and different doctors but the closest we got to a diagnosis was that she might have cerebral palsy.

“We couldn’t accept that she would never walk or talk and were desperate for answers.

The breakthrough came when tests revealed she had tyrosine hydroxylase deficiency.

After two days of treatment she could cuddle her teddies and 18 months on she can say sentences in English and Romanian, operate her wheelchair and take small steps while holding her parents.

Anastasia’s mother Cristina, 40, said: “Her school confirmed that developmentally she has a normal understanding but has been trapped in a non-functioning body for four years.

“Our dream is that she will eventually walk unaided.”