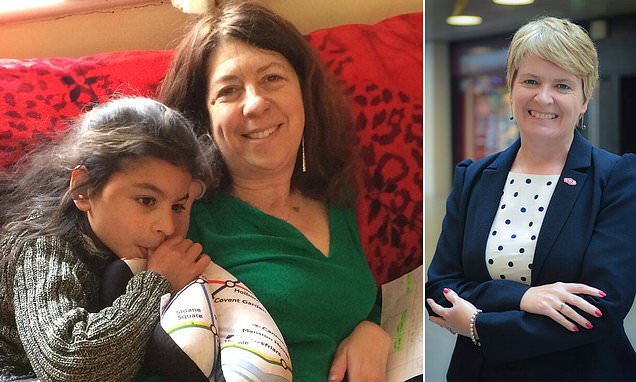 Instead, the Welsh local authority offered a prescription for sedative medication and a bed in a psychiatric hospital – despite the man not having mental health problems.

The Mail on Sunday has learned of swathes of families in similarly dire situations, as a result of Covid-related social-care clampdowns. A 26-year-old disabled woman with a rare genetic disorder must now rely on her mother, 62, who has a lung condition, to help move, bathe and feed her – after specialist care was stopped due to staff sickness. 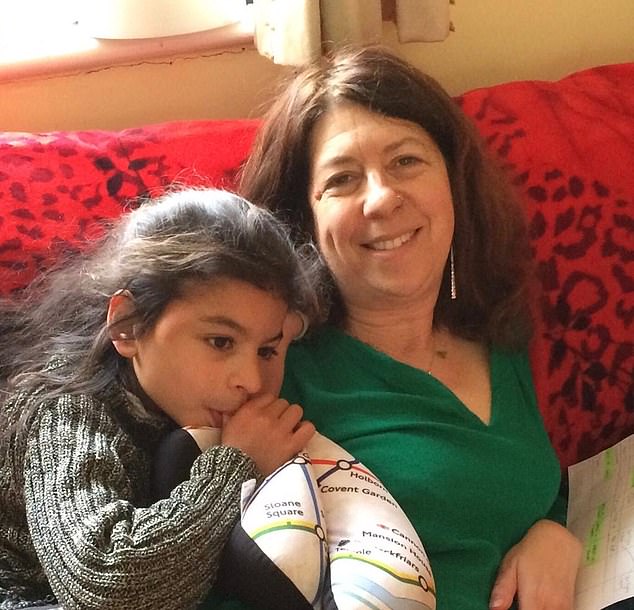 Before the Covid-19 outbreak, single parent Beverley Cohen, 55, from Brighton, pictured here with her seriously disabled child Liora, left, was able to send her child to a specialist school full time and two nights a week staying at a carer’s house. Now she has nothing

And one severely disabled child, Liora, has gone from having a full-time place at a specialist school, and two nights at a carer’s house, to nothing at all. Her mother, single parent Beverley Cohen, 55, from Brighton, says: ‘I have to keep a constant watch on her in case she has an epileptic fit. If she has a fit during our daily walk, I’m forced to call an ambulance because she’s too heavy for me to lift. I used to rely on the kindness of strangers to help move her, but now no one will go near a convulsing child with saliva coming out of her mouth.’

Such is the concern at the reduction in care services that the Disabled Children’s Partnership – a coalition of 70 UK charities – has launched a nationwide probe to investigate how many vulnerable children are suffering.

The care sector is already at breaking point. A recent report from think-tank The Health Foundation suggested social-care workforce shortages stand at about 122,000, with a quarter of staff on zero-hours contracts.

A National Children’s Bureau survey also found that over the past decade there has been a huge rise in children with complex needs, such as severe autism.

According to Richard Kramer, chief executive of leading disability charity Sense, thousands more families are ‘suddenly being cut adrift’ as the care sector struggles with staff absences due to sickness and self-quarantining. He warns: ‘Some health authorities are using coronavirus as an excuse to come down sternly about what support is essential and what is not. Some councils have suspended funding to vital community day services – against Government guidance.’

As part of the Coronavirus Act, which came into effect on March 25, local authorities were granted the power to withdraw services during the pandemic – so-called care easements – to prioritise healthcare workers’ time for patients with ‘the most pressing needs’.

This means authorities are no longer legally obliged to meet disabled people’s support needs so long as their ‘basic human rights’ are upheld. Eight English authorities are known to have brought in a care easement plan within the past month. Charities say this means thousands of vulnerable adults are likely to see their care provisions culled.

Edel Harris, chief executive of learning disability charity Mencap, warned the legislation will worsen an already crisis situation. She says: ‘We’re already seeing increasing calls to our helplines, with people struggling to cope, having had their support removed because staff have gone sick or are redeployed elsewhere within the NHS. 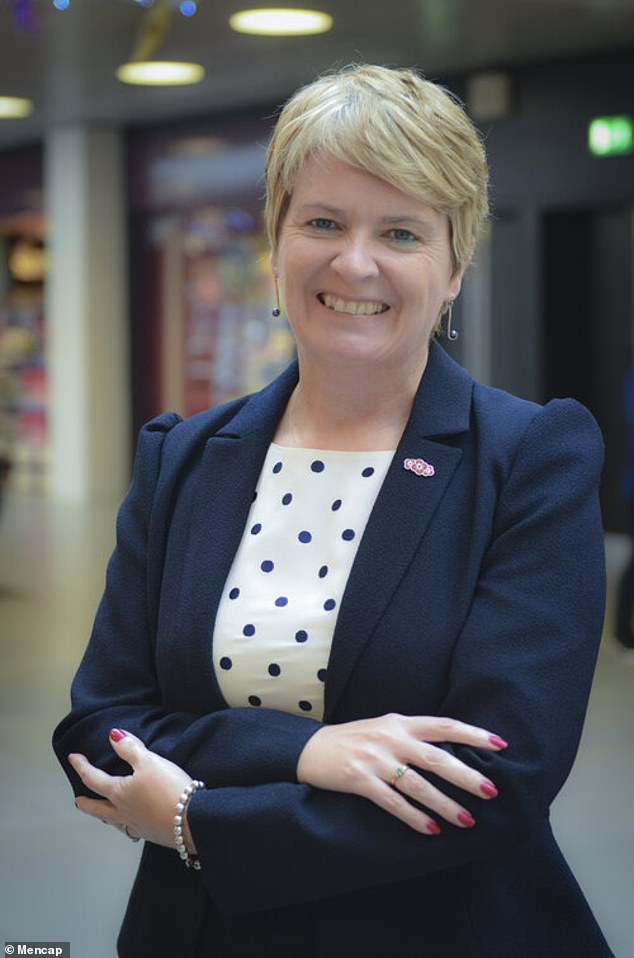 ‘Some are completely isolated and unable to get food or medication. Others must now rely on families.’

A fifth of disabled people with the neurological condition MS have seen cuts to their care since the outbreak, according to a recent poll by the MS Society charity. And while children are exempt from care easements, charities warn this won’t protect them from other cuts.

Beverley Cohen battled for more than a decade to get support for her daughter Liora, 13. ‘She has uncontrolled epilepsy, a chronic kidney condition and severe autism,’ says Beverley, a former communications executive. ‘Despite this, authorities took convincing that she needed round-the-clock care

‘It was always assumed I would do it, despite the fact I’m a single parent who has to earn a living.’

Although Beverley managed to get Liora a place in a school for disabled children, home life has always been a struggle. ‘She’s up at about 6am every morning, usually hitting her head against the wall to the extent it draws blood,’ Beverley says. ‘And that’s after waking up at least twice most nights, having wet the bed or had a nightmare.

‘Once she’s up, I have to change her nappy, deliver 11 different medications, spoon-feed her and try to stop her from harming herself. It’s challenging now that she’s a strong, sturdy teenager and I have osteoporosis. And then there’s always the risk she’ll have a seizure, which happens about four or five times a week.’

Last year, following a breakdown in Beverley’s mental health due to stress, she was granted extra support, and for two nights each week Liora stayed with a specialist carer. But on March 23, Beverley was informed by the service it was no longer safe for Liora to continue staying there. ‘She is vulnerable and it’s risky because the carers have little personal protective equipment and are going into multiple houses,’ says Beverley. ‘But there’s no alternative.’

Around the same time, it was also deemed too risky for Liora to attend school. The Government promised that schools would remain open for disabled children throughout the lockdown. But Beverley, who stopped working last month so she could care for Liora full-time, says: ‘Realistically, it’s not safe for disabled children like Liora to go to school with 100 other kids when an infectious disease is circulating.

‘Parents are desperate for a viable, safe alternative.’ 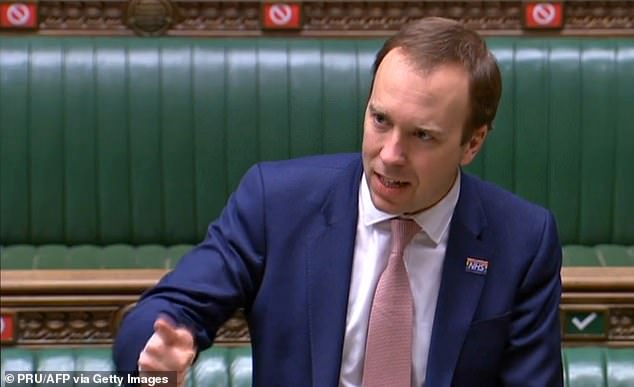 Charities have criticised the government, including Secretary of State for Health and Social Care Matt Hancock, pictured, over the lack of services for vulnerable people

Mencap’s Edel Harris agrees: ‘We are calling for some sort of day provision to give families respite and a big recruitment drive for extra social-care staff. We know that the Government has supplied extra funding to be used for the care of people with complex learning disabilities during the pandemic, but fewer than half of care providers have received it from the local authority.’

For Beverley, the responsibility of keeping her child safe is at times overwhelming. ‘Taking my eye off her for just a moment could be fateful,’ she says. ‘She has ended up in intensive care six times already because of epileptic fits, and I am terrified it’ll happen again.

‘If she ends up in hospital now and catches the virus, I dread to think what the outcome might be.’