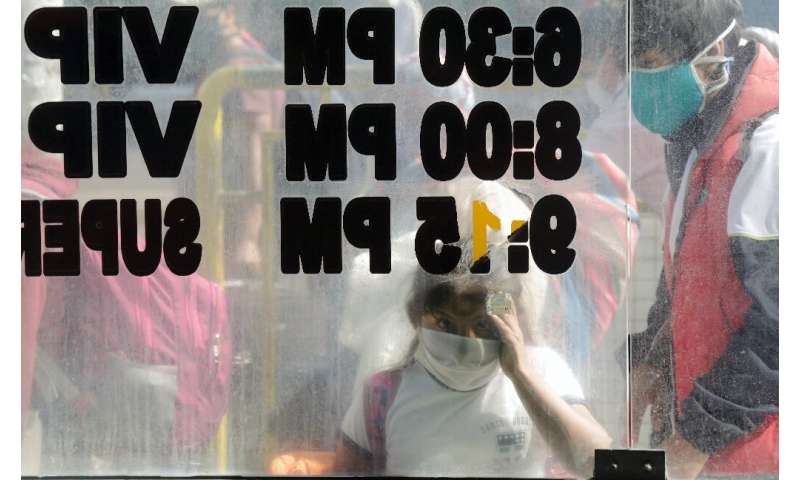 Confirmed coronavirus cases have now topped three million worldwide, as hard-hit France and Spain were on Tuesday set to detail their exit strategies from lockdowns imposed to stem the spread of the deadly disease.

As countries begin to chart their path out of shutdowns, US President Donald Trump said the devastating pandemic could have been “stopped at the source” by China, suggesting the United States may seek damages.

More than 209,000 people have been killed around the world by COVID-19, a quarter of them in the US.

The three-million figure probably reflects only a fraction of the actual number of infections, as many countries are testing only the most serious cases.

When asked about a German newspaper editorial that called on China to pay Germany $165 billion in reparations for economic damage done by the virus, Trump said the US could take its own action to hold China accountable.

“We are talking about a lot more money than Germany’s talking about,” he said. “We haven’t determined the final amount yet. It’s very substantial.”

Forecasts warn of the worst global recession in a century, with oil prices tumbling and the travel and tourism sector badly hammered. 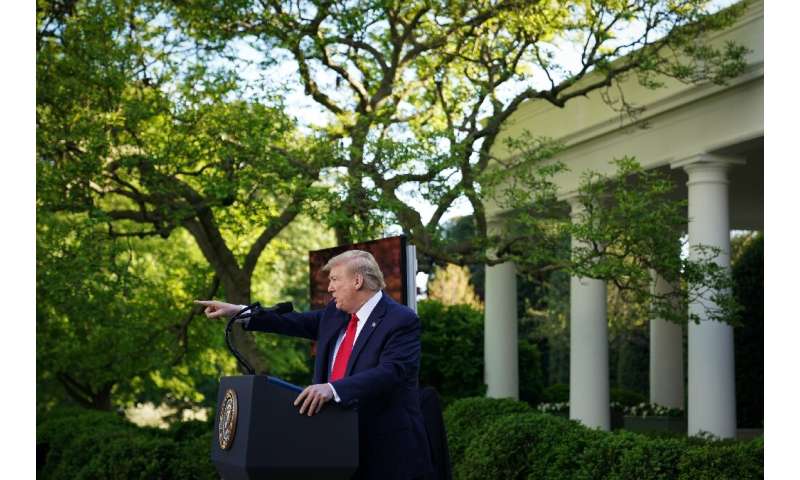 For parts of the US, the lockdown has begun to ease—despite criticism from health experts—much to the delight of some citizens.

“We need human touch, human contact,” said 64-year-old Kim Kaseta, as she tucked into breakfast in the US state of Georgia.

With a handful of US states taking steps to revive their shuttered economies, schools and shops in some parts of Europe also opened up as the rate of people dying slowed in the worst-hit European nations.

Italy—the first European country to go into lockdown seven weeks ago—began allowing some construction and factory workers to go back to work on Monday.

From next week, Italians will be able to exercise outdoors and visit relatives—but only if they wear masks and refrain from hugs and handshakes.

Spain has already begun easing its tight lockdown and was set to announce more detailed plans on Tuesday, as was France, which has said it will begin to ease confinement on May 11. 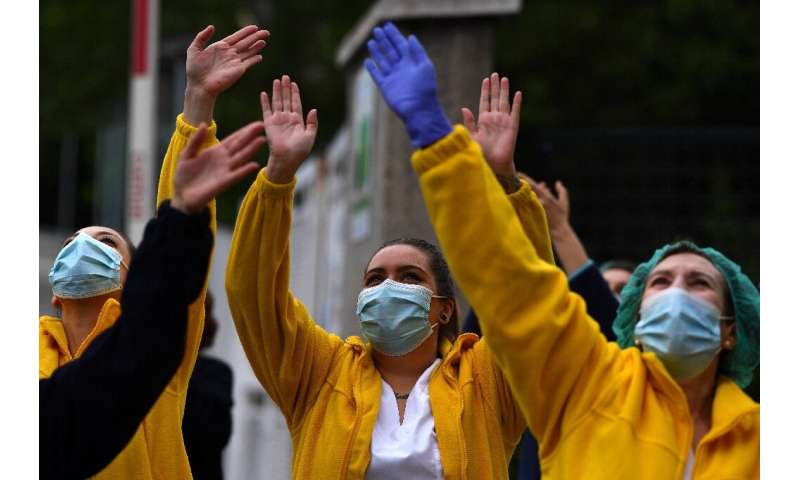 Florists, dentists and others went back to work in Switzerland in the first stage of a three-phase plan.

But British Prime Minister Boris Johnson, who emerged from his own battle with the virus, called for patience in the UK, saying it was too early to follow suit.

Looking thinner and with his blond hair longer after his hospital stay, the 55-year-old said he could not “throw away all the effort and the sacrifice of the British people and to risk a second major outbreak.”

His comments stood in stark contrast to those made the previous day by New Zealand’s Prime Minister Jacinda Arden, who said the nation had won the battle against “widespread, undetected community transmission”. 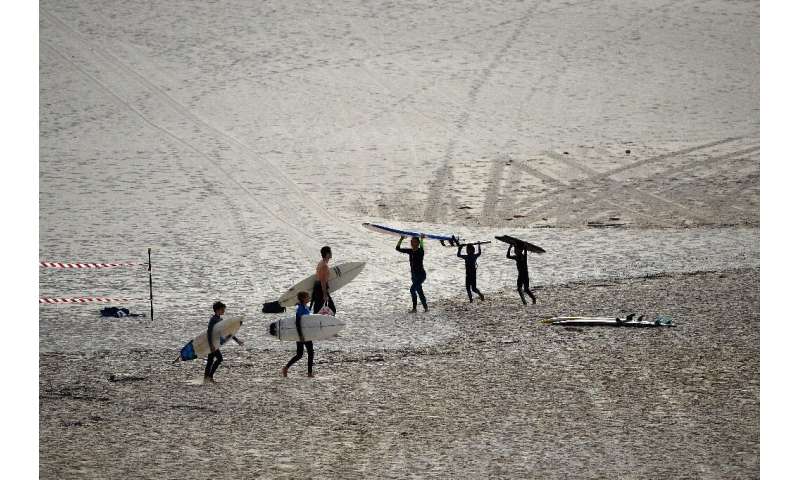 New Zealanders indulged in fast food and coffee-shop treats for the first time in five weeks as the country eased its strict lockdown that banned any form of takeaway.

“We see the difference in other countries and I don’t envy them, that’s for sure,” said Wellington resident Cheryl Robertson, who planned to celebrate with a curry.

Surfers and swimmers also returned to catch the waves at Australia’s Bondi Beach, which was closed in late March, but the white sands remained off-limits to sunbathers, joggers and families.

Most US states do not yet have sufficient COVID-19 testing to consider relaxing stay-at-home orders, according to an analysis by Harvard researchers and the health news site Stat.

Trump said on Monday that testing was being rapidly expanded and that he expected to see a “lot” of schools open up, even if there is not much time left in the school year. 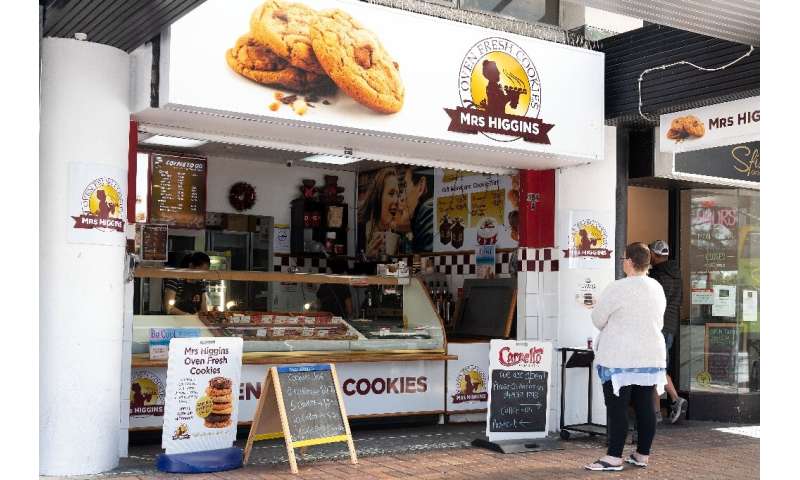 Starting Monday, masks became obligatory on public transport and in most shops in Germany.