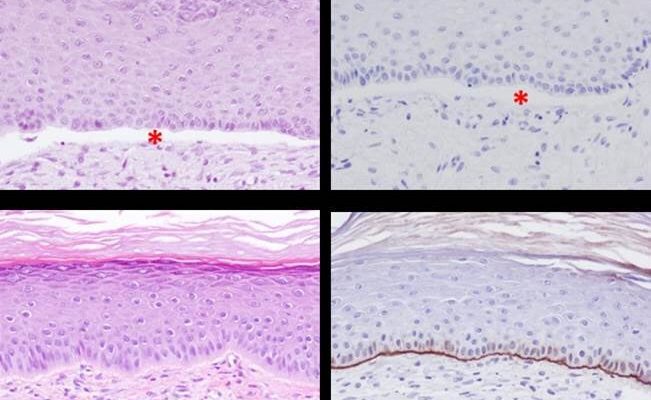 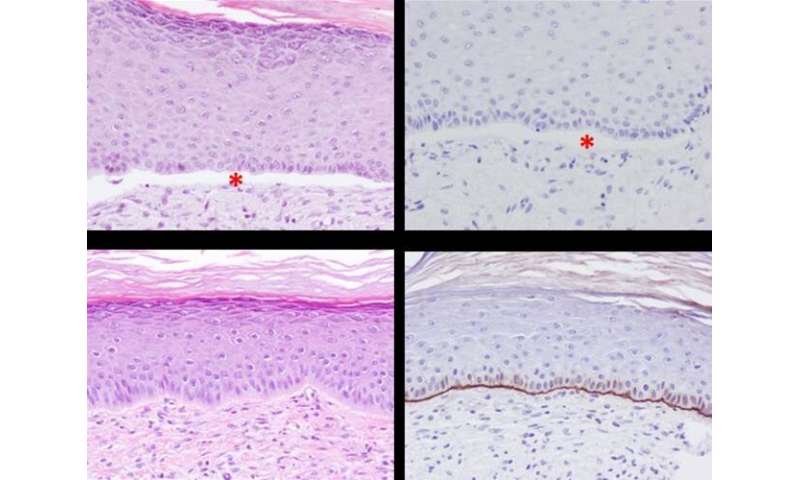 A tissue bioengineering product based on patient cells that have been corrected using genomic editing has been designated as an orphan drug by the European Medicines Agency (EMA) for the treatment of Recessive Dystrophic Epidermolysis Bullosa. The condition, known as Butterfly’s Skin, is characterised by the appearance of fragile skin and mucosal epithelium, ulcers and aggressive skin carcinomas. The work carried out to obtain this designation, sponsored by the Centre for Biomedical Research Network of Rare Diseases (CIBERER, in its Spanish acronym), was coordinated by Fernando Larcher.

Recessive dystrophic epidermolysis bullosa is a rare condition characterised by the continuous formation of erosions and blisters on the skin and internal epithelia, as well as fibrosis and various complications, such as pseudosyndactylia (finger fusion) and a high predisposition to develop metastatic epidermoid carcinoma. Management of this condition presents a challenge for health professionals and a great effort on the part of the patients and their families.

This genetic condition is caused by mutations of the COL7A1 gene, which codes for collagen 7, a protein that is essential for the attaching of the epidermis to the dermis. In Spain, there is a high prevalence of a mutation which is localised in the exon 80 gene (it is present in approximately 50% of Spanish patients), which justifies the development of a precision therapy targeted at this region of the gene. Until this product was developed, CRISPR/Cas9 molecular tools lacked the necessary effectiveness for a realistic clinical application in adult stem cells, such as haematopoietic or skin cells. Therefore, these strategies couldn’t compete with conventional gene addition therapies using viral vectors.

This advanced therapeutic product, which uses the CRISPR/Cas9 tool in a highly efficient way, was successfully confirmed by a preclinical model of disease and was published in Molecular Therapy in 2019. This new medicine complies with two of the most sought-after properties of developing new therapies at present: biological security and therapeutic effectiveness.