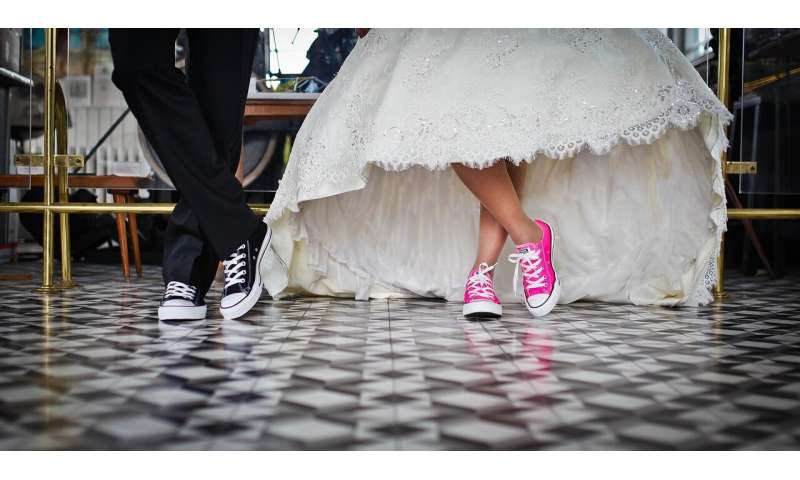 The fall wedding season is upon us. At least, many thought it would be. The spread of COVID-19 has caused many to postpone their weddings. While the delay will be disappointing for some, for others, it might be exactly what they need to decide whether to continue into marriage.

Although not specifically focused on pandemic-related wedding turmoil, in a recent study led by MU Department of Human Development and Family Science Professor Kale Monk, researchers found that for engaged individuals with concerns about their partner or relationship, there are many possible benefits to slowing the wedding planning process by taking a “timeout.”

The researchers conducted interviews with 30 adults who had ended an engagement. After several in-depth interviews, it became clear that when people took a step back and thought about their futures, by taking a break from the relationship or returning the ring for example, they were able to see that relationship from a different perspective as they visualized their potential futures.

This solution could help prevent people from continuing potentially abusive and toxic relationships that can be detrimental to one’s physical and mental health. Once the relationship reaches the stage of marriage, it is much more difficult to end it due to the structural or legal obligations attached to marriage. Monk said that the process of slowing the momentum to marriage early and thinking critically about the future is often essential in noticing the flaws of a relationship.

“In our study, people were able to visualize their weddings or their lives after the wedding and realize it was not the future they wanted,” Monk said. “These visualizations led them to reconsider red flags in their relationship, like persistent conflict, abuse, deceit or dissatisfaction. Individuals also reassessed the constraints or obligations that had previously made it difficult to break up. Without this deliberation, people might get caught up in the excitement of the idealized wedding day and forget to think about the marriage that comes after.”

The months leading up to a wedding can be a time of great financial stress and societal pressure. Monk says that these societal pressures could coerce people into decisions with which they may not be comfortable.

“As we dug deeper into the study, we saw that there was a lot of social pressure that propelled people forward even though they had serious reservations, and obligations like sending out wedding invitations, putting a deposit down on a wedding venue or buying a car together made it challenging to leave,” Monk said.

It wasn’t until the individuals looked past these pressures that they could see their relationship for what it actually was, Monk said. He added that it’s extremely important for people to know what they are getting into before getting married, as weddings—and divorces—can be extremely taxing and expensive.

Knowing this, many people still move forward with marriage, despite very real concerns about their relationship. Monk said that moving into marriage while having concerns is a significant risk.

“This is problematic because research consistently shows that early relationship problems predict later marital outcomes and premarital doubts are associated with a risk for divorce,” Monk said. “Therefore, understanding how people manage to end their relationships just before marriage can provide some insight into preventing divorces and unhealthy marriages in general because the old adage that ‘the best divorce is the one you get before you get married’ seems to be true.”