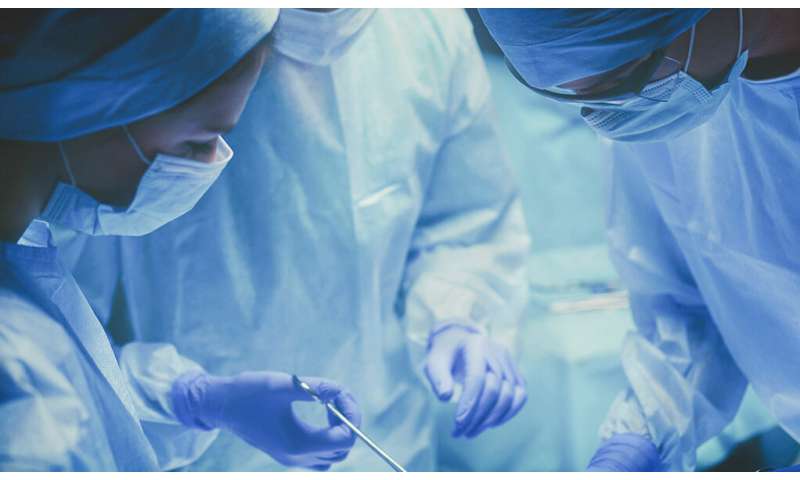 The Impella device supports a patient’s heart by removing blood from the left ventricle and delivering it into the aorta.

The study, led by Nihar Desai, M.D., associate professor in the section of cardiovascular medicine at Yale, was undertaken as part of the Center of Excellence in Regulatory Science and Innovation (CERSI), a joint effort between Yale and the Mayo Clinic.

The principal investigator was Yale professor of medicine and public health Joseph Ross, M.D. The research was funded by the U.S. Food and Drug Administration.

The study appears in the Journal of the American Medical Association.

About 10% of patients with acute myocardial infarction, commonly refered to as a heart attack, develop cardiogenic shock, which is associated with high morbidity and mortality. Mechanical circulatory support devices, including the Impella and the intra-aortic balloon pump (IABP), may be implanted in patients to support and augment their cardiac function.

“While the Impella has been proven to provide greater circulatory support than the IABP, there is limited clinical evidence demonstrating Impella’s benefits compared to IABP. For that reason, we compared mortality and bleeding rates among patients receiving the Impella and IABP devices in contemporary practice,” said lead author Sanket Dhruva, M.D., assistant professor of medicine from the University of California-San Francisco.

“We were fortunate to forge a unique collaboration with the American College of Cardiology and leverage two of its national datasets from the National Cardiovascular Data Registry to answer this important question,” Dhruva said.

The study demonstrated that among 3,360 patients, use of the Impella device was associated with a 10.9% increase in the risk of in-hospital death and a 15.3% increase in major bleeding complications as compared with use of the IABP.

The researchers said that while their study was not a randomized trial comparing Impella and IABP, they used the best available existing data with the most robust methods to answer questions relevant to patients, doctors, regulators, and policymakers.

“We used propensity matching to try and adjust for differences in patients receiving the devices and compare outcomes across the two devices,” Desai said. “That is about as good as you can do with existing data. This is the largest study examining real-world outcomes with both of these devices to date, and our results were consistent across multiple sensitivity analyses and clinically relevant subgroups.”