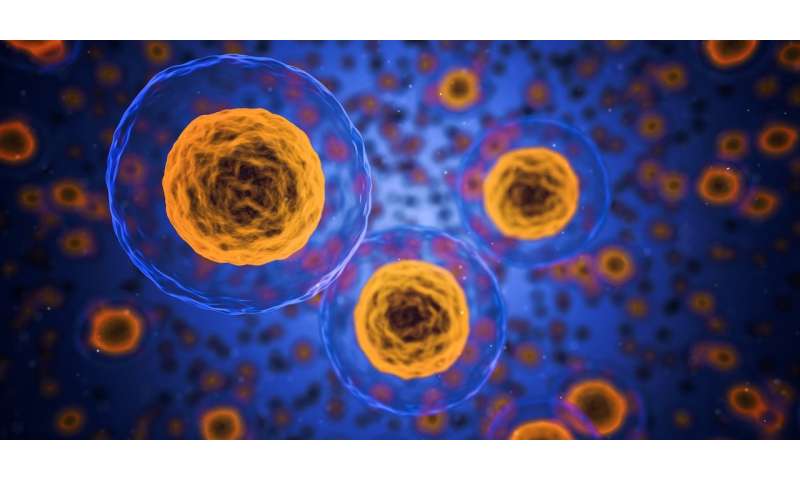 A team of researchers from the University of Cambridge, Stanford University and Washington University School of Medicine has found evidence indicating that positive selection (as opposed to drift) is the major force shaping clonal hematopoiesis. In their paper published in the journal Science, the group describes their study of clonal hematopoiesis and what they learned about it. Christina Curtis with Stanford University School of Medicine has published a Perspective piece on the work by the team in the same journal issue.

Living creatures, including human beings, persist via cell division—it is how body parts are constantly rejuvenated. But sometimes, mutations are introduced, which may or may not be a good thing. Such mutations are the drivers of evolution, but some others are behind the development of cancerous tumors. Prior research has found that over time, as people age, mutations can accrue, which also may or may not be beneficial. And unfortunately, despite the important role that mutations play in living creatures, scientists still do not fully understand the process.

Prior research has shown that clonal hematopoiesis is a common age-related phenomenon in which hematopoietic stem cells or other progenitor cells in the blood take part in the formation of a population of blood cells that are genetically distinct from regular blood cells. Furthermore, some mutations can be benign, but others have been found to initiate premalignancies. The researchers with this new effort sought to learn more about this process.