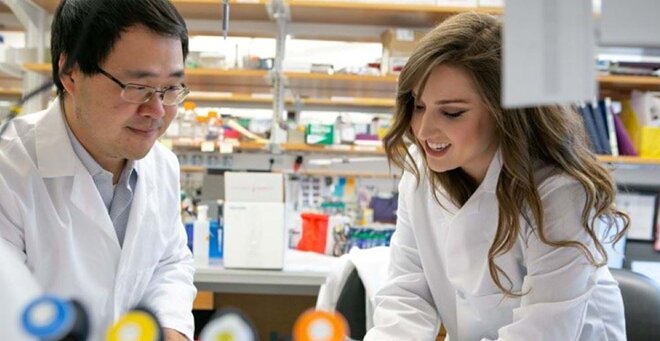 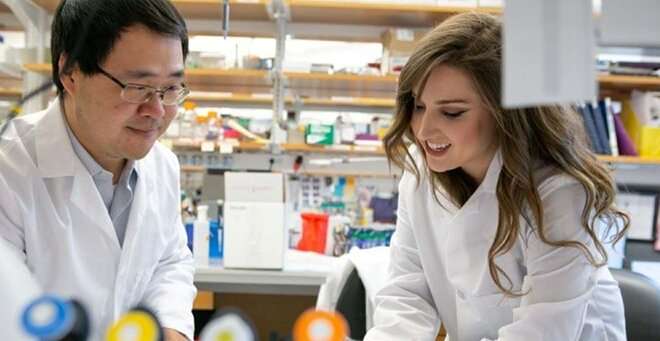 A team of UMass Medical School researchers has identified a promising new therapeutic target in hepatoblastoma, a rare, primarily pediatric liver cancer for which successful treatment strategies have been elusive.

The study, which looks at the role in tumor survival of a cancer gene, YAP1, was led by Jordan Smith, an MD/Ph.D. candidate in the lab of Wen Xue, Ph.D., associate professor of RNA therapeutics. It was published online in the journal Hepatology.

“This is the first study to demonstrate the potential efficacy of YAP1-targeted therapies in the treatment of pediatric liver cancer,” Smith said. “Further, it reveals that cancer cell fate can be reversible, opening a new therapeutic window.”

Only about 100 children in the United States are diagnosed with hepatoblastoma each year. For children with advanced disease, survival remains poor at 27 percent, according to Smith.

“We don’t have a lot of tools in our toolbox for these kids,” Smith said. She explained that liver cancers are asymptomatic until the tumors have gone too far for surgical resection among 60 percent to 80 percent of patients.

That typically leaves chemotherapy as the treatment path, which can have serious long-term side effects in children, from hearing loss and learning disabilities, to potentially the need for heart or kidney transplants later in life.

Smith and her colleagues looked for a way to target genes that control tumor survival and growth in hepatoblastoma, an approach that has been used with success in adult cancers, she said.

“If it worked, what would be phenomenal about it is it would potentially alleviate the need for chemotherapy and make more children surgery candidates,” said Smith. “Surgery is curative much of the time for these kids.”

Starting with a training grant from the National Cancer Institute, Smith and researchers from the Xue Lab worked with other labs in the RNA Therapeutics Institute, led by Erik Sontheimer, Ph.D., professor of RNA therapeutics, and Phillip Zamore, Ph.D., Howard Hughes Medical Institute Investigator, the Gretchen Stone Cook Chair of Biomedical Sciences and chair and professor of RNA therapeutics. They were joined by scientists from the lab of Zhiping Weng, Ph.D., the Li Weibo Chair in Biomedical Research, professor of biochemistry & molecular pharmacology and director of the Program in Bioinformatics & Integrative Biology.

The team found in animal studies that turning off the YAP1 gene led to more than 90 percent tumor regression with survival to more than 230 days.

Not only did YAP1 withdrawal cause the tumor cells to die, but it also promoted differentiation in a subset of tumor cells that were even able to rescue liver damage in mice.

Smith said the next step would be to develop a custom therapeutic at UMMS to target the liver and go after hepatoblastoma cells. Exploration into that is going on, in early stages, within the lab of Anastasia Khvorova, Ph.D., professor of RNA therapeutics.