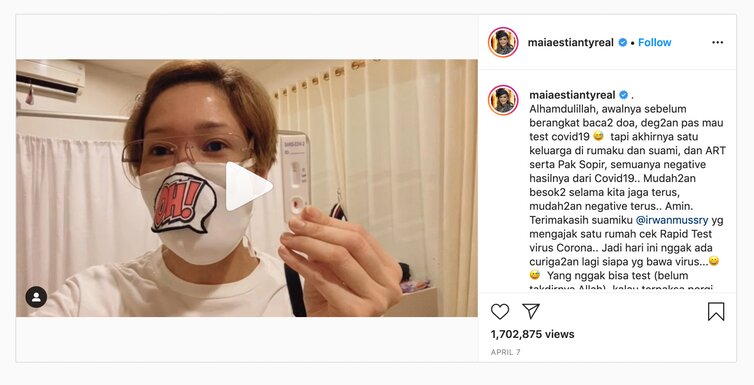 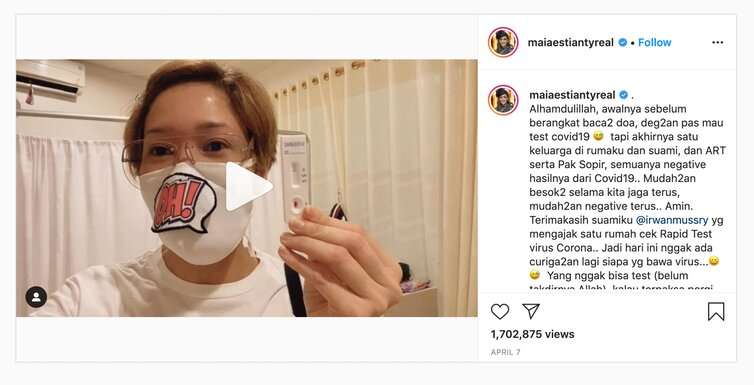 Amid the urgent need for mass testing to contain the spread of COVID-19 in Indonesia, poor people in the fourth-most-populous country have a difficult time to get tested for COVID-19. It’s much easier for rich Indonesians to access COVID-19 testings.

The Indonesian government is only offering free testings at hospitals for people who have been in contact with positive cases or who have visited high-risk areas and present with COVID-19 symptoms.

People who present with symptoms but have no contact history are not eligible for free testings. While such prioritization is understandable given the country’s limited resources, it also leads to unequal access to testing.

Unequal access to testing can lead to late diagnosis and preventable deaths due to undetected COVID-19 among the poor.

Limited and unequal tests in Indonesia

President Joko “Jokowi” Widodo has ordered the implementation of a large-scale rapid test since March 19, distributing 450,000 test kits across the country to contain the pandemic.

As of April 22, at least 7,135 people in Indonesia have been infected. The fatality rate of 8.6% is among the highest in the world and that’s partly due to low testing rates.

Early detection through extensive testing is a key strategy to contain the pandemic. But with only 184 tests per 1 million population, Indonesia is among the countries with low testing rates—far less than in Singapore (16,203 per million) … 8) or Italy (23,985).

Even though the tests are for people who have had contact with someone with COVID-19 or have travelled from infected areas, the country’s legislators have demanded rapid testing for their 575 members and their families – even without clear history of close contact with positive cases.

For people who have some money (but can’t abuse power to get free testing), they can get rapid testing at private hospitals in Indonesia for Rp770,000 (almost US$50) to more than Rp 1 million.

For millions of low-income Indonesians, these tests are unaffordable.

Last year, almost 60% of Indonesians of productive age, or around 74 million people, worked in the informal sector with jobs such as streetside sellers, day labourers, or domestic workers. These casual workers have an average net income of Rp 1.3-1.5 million per month

Private patients who do not meet the eligibility criteria for free testing can access the testing at a cost ranging from Rp 1.5-2.5 million – making it even harder for the poor people to access it.

The Indonesian government needs to quickly accelerate its testing capacity. Based on modelling using data from Wuhan, the city in China where the outbreak first erupted, more than 85% of COVID-19 cases are undocumented.

Detecting cases early, followed by isolation of positive cases, is effective in reducing transmission, and so can improve health outcomes.

In Vo Euganeo, Italy, all 3,000 residents of the town, both rich and poor, were tested, with 89 positive cases put in mandatory isolation. The second round of testing put another six people in isolation. These measures eradicated fatalities and resulted in a 100% recovery rate.

Mass testing and centralized quarantine have been identified as the primary drivers for flattening the epidemic curve in South Korea, Canada and Singapore.

The success of mass testing in Singapore, South Korea and Australia is underpinned by their resilient health systems and advanced surveillance technology. That may not be the case for many low- and middle-income countries including Indonesia. Nonetheless, it sends a clear message about the urgent need for extensive testing to control the pandemic.

To be effective in reducing transmission from asymptomatic cases, testing must reach the majority of population, not just those with means.

Thus, the Indonesian government must implement and enforce mass testing as the highest priority for all jurisdictions across Indonesia.

Local administrations should step up

Local governments must strive to make testing available for all people under their jurisdictions.

Surabaya in East Java province has set an example by making rapid testing available across its 63 community health centres.

Similarly, in partnership with a non-governmental organization, the East Java province has distributed an extra 10,000 rapid test kits across its jurisdictions, on top of 8,400 test kits from the national government.

The government must encourage community participation in mass testing. It must provide correct and consistent information about the testing, including how, when and where to get tested.

The government should also reach out to vulnerable, marginalized and economically disadvantaged populations so they can make an informed decision about participating in mass testing.

To fight the virus, we need to screen it through extensive testing and isolate infected people to stop it spreading.