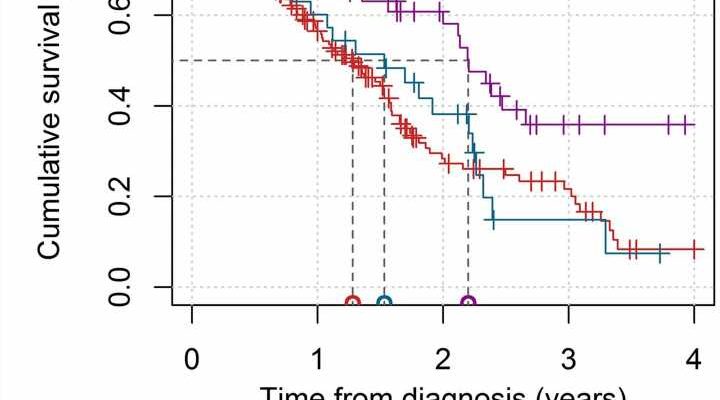 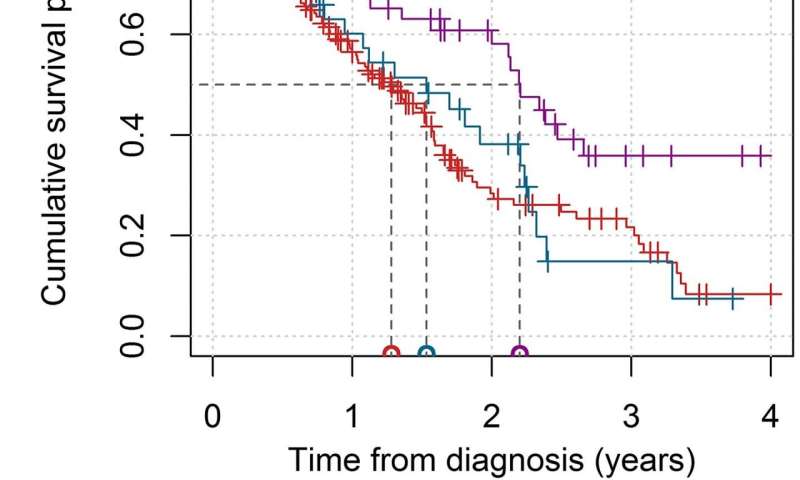 The cover for issue 5 of Oncotarget features Figure 2, “Survival curves in the KRAS, EGFR, and niche mutations cohorts,” by Aramini, et al.

Dr. Beatrice Aramini from the Division of Thoracic Surgery in Department of Medical and Surgical Sciences at the University of Modena and Reggio Emilia in Modena Italy said in their Oncotarget Research Paper, “In the last century, carcinoma of the lung has progressed from an uncommon and obscure disease to the most common cancer in the world, and the most common cause of death from cancer.”

In addition to these somatic mutations, which are the most frequent, other mutations in several genes have been discovered, including BRAF, c-MET, DDR2, HER2, MAP2K1, NRAS, PIK3CA, and RET mutations.

With regard to treatment, discoveries of gene mutations have allowed the development of targeted therapies, which are considered more effective for survival than chemotherapy in patients with advanced mutated disease.

Considering the potential aggressiveness of niche mutations in this context, the technological advances of next-generation sequencing, which is currently used in clinical practice, represents a precise approach to identifying a large panel of mutations in oncologic patients.