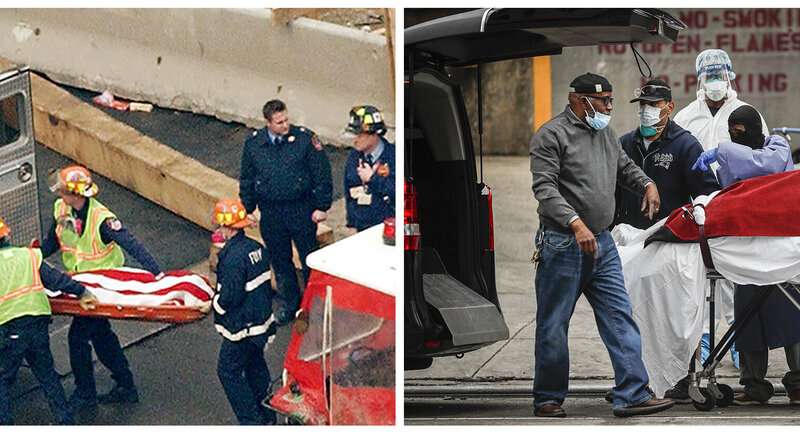 New York City’s death toll from the coronavirus eclipsed the number of those killed at the World Trade Center on 9/11, health officials said Tuesday. In Britain, Prime Minister Boris Johnson was in intensive care with the virus.

At least 3,202 people have died in New York from COVID-19, according to the count released by the city. The deadliest terror attack on U.S. soil killed 2,753 people in the city and 2,977 overall, when hijacked planes slammed into the twin towers, the Pentagon and a Pennsylvania field on Sept. 11, 2001.

But in an encouraging sign, Cuomo reported that hospital admissions and the number of those receiving breathing tubes are dropping, indicating that measures taken to force people to keep their distance from one another are succeeding.

And alarming as the one-day increase in deaths might sound, the governor said that’s a “lagging indicator,” reflecting severely ill people who had been hospitalized before this week. Over the past several days, in fact, the number of deaths in New York appeared to be leveling off. 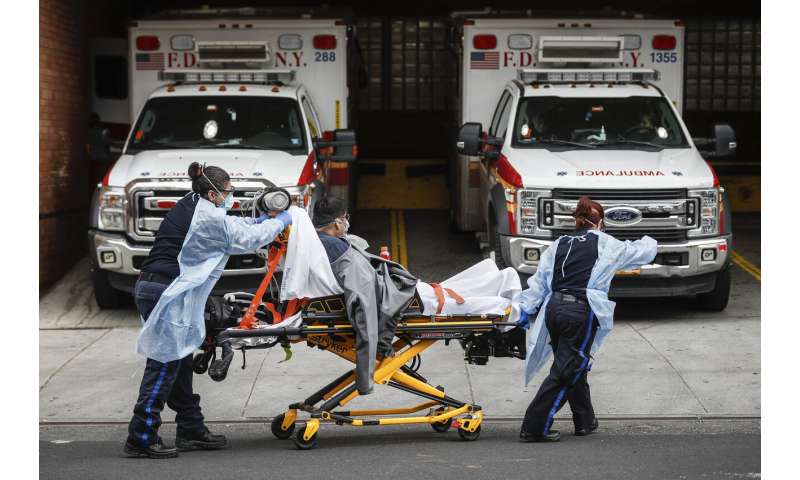 Across the U.S., the death toll topped 11,000, with around 370,000 confirmed infections. Some of the deadliest hot spots included Detroit, New Orleans and the New York metropolitan area, which includes parts of Long Island, New Jersey and Connecticut.

In London, the 55-year-old Johnson, the world’s first head of government known to have fallen ill with the virus, was in stable condition and conscious at a hospital, where he was receiving oxygen but was not on a ventilator, said his spokesman James Slack. Foreign Secretary Dominic Raab was designated to run the country in the meantime.

“We’re desperately hoping that Boris can make the speediest possible recovery,” said Cabinet minister Michael Gove, who is among scores of British officials in self-isolation. 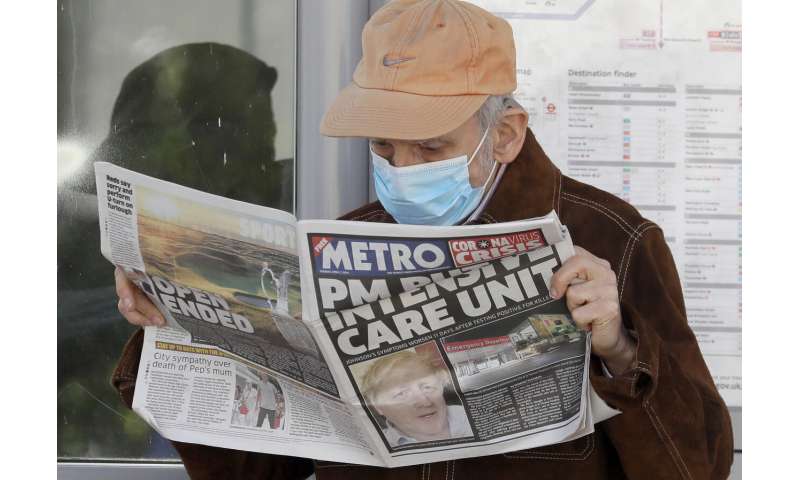 Elsewhere around the world, Japan’s prime minister declared a state of emergency for Tokyo and six other regions after a spike in infections, but it was a stay-at-home request—not an order—and violators will not be penalized. Japan has relatively few infections and deaths but has the world’s oldest population, and the elderly have proved especially vulnerable to the virus.

In some European hot spots, as in New York, authorities saw signs that the outbreak was turning a corner, based on slowdowns in new deaths and hospitalizations.

In Spain, one of the hardest-hit countries, new deaths Tuesday rose to 743 and infections climbed by 5,400 after five days of declines, but the increases were believed to reflect a weekend backlog. Authorities said slowing the contagion will be a long process and were confident in the downward trend. 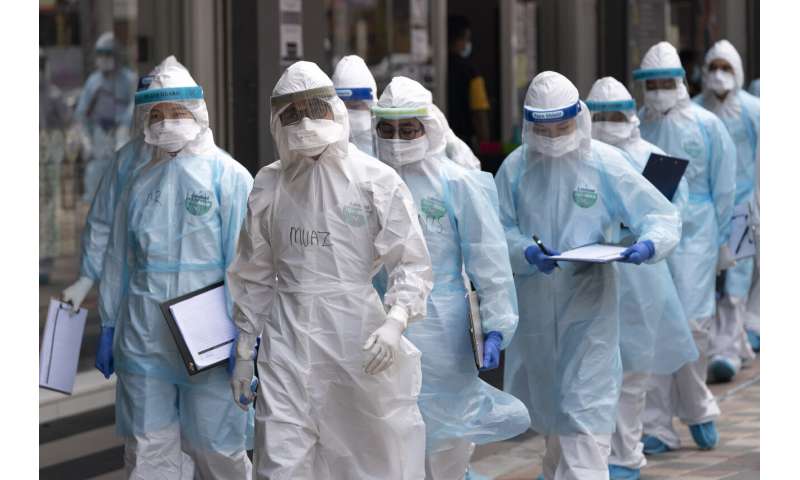 Italian health authorities appealed to people ahead of Easter weekend not to lower their guard and to abide by a lockdown now in its fifth week, even as new cases dropped to a level not seen since the early weeks of the outbreak.

“Finally it seems we are beginning to see a lessening of new cases” after a plateau phase, said Giovanni Rezza, director of the infectious-disease division of Italy’s national health institute.

”Don’t ever forget even for an instant that this invisible, strong and unknown virus has taken 16,523 lives through yesterday,” said Domenico Arucuri, Italy’s commissioner for fighting the virus, reciting the figure repeatedly. ”I beg you, in the next hours and days, do not cancel this number from your memory.” 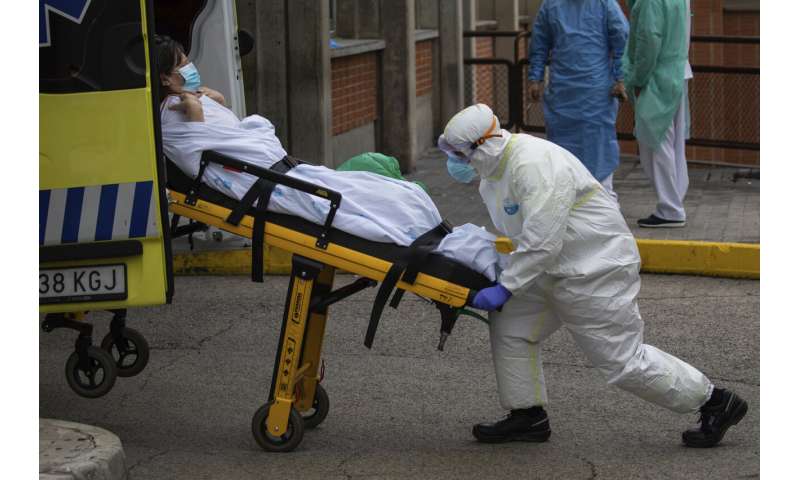 U.S. Surgeon General Jerome Adams said that if Americans continue to practice social distancing for the rest of April, “we will be able to get back to some sense of normalcy.”

“I want the American people to know there is a light at the end of this tunnel, and we feel confident that if we keep doing the right thing for the rest of this month, that we can start to slowly reopen in some places,” he said on ABC’s “Good Morning America.”

One lockdown exception in the U.S. was Wisconsin, which asked hundreds of thousands of voters to ignore a stay-at-home order to participate in its presidential primary Tuesday.

The lines were particularly long in Milwaukee, the state’s largest city and a Democratic stronghold, where just five of 180 traditional polling places were open. Many voters across the state did not have facial coverings in line with public health recommendations. 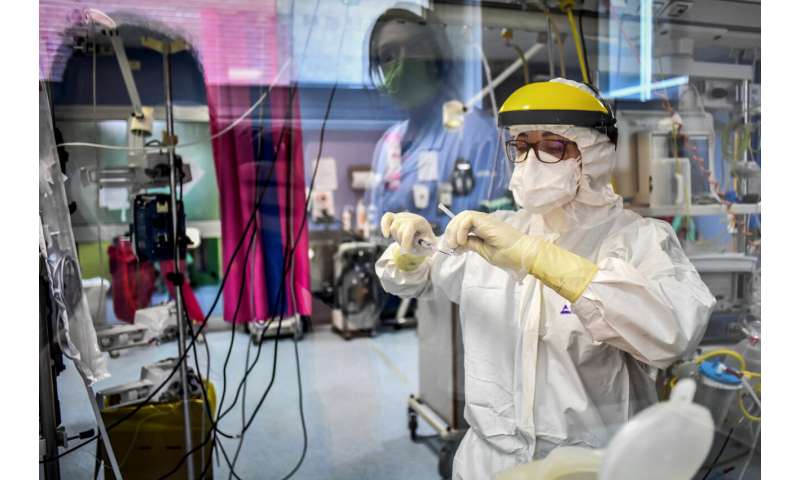 The U.S. government’s top infectious-disease expert, Dr. Anthony Fauci, was cautiously optimistic, saying that in New York, “what we have been doing has been working.”

Stocks climbed in early trading on Wall Street as markets around the world piled on even more big gains following their huge rally a day earlier. The S&P 500 index rose 3% in the first few minutes of trading and added on to Monday’s 7% surge, following encouraging signs from some of the hardest-hit corners of the world.

China, the first country to go into lockdown and among the strictest, reported no new deaths over the past 24 hours for the first time since it began publishing statistics on the virus that emerged in December in the city of Wuhan. Many experts, however, have been skeptical of China’s virus figures. The final travel restrictions in Wuhan are being lifted Wednesday. 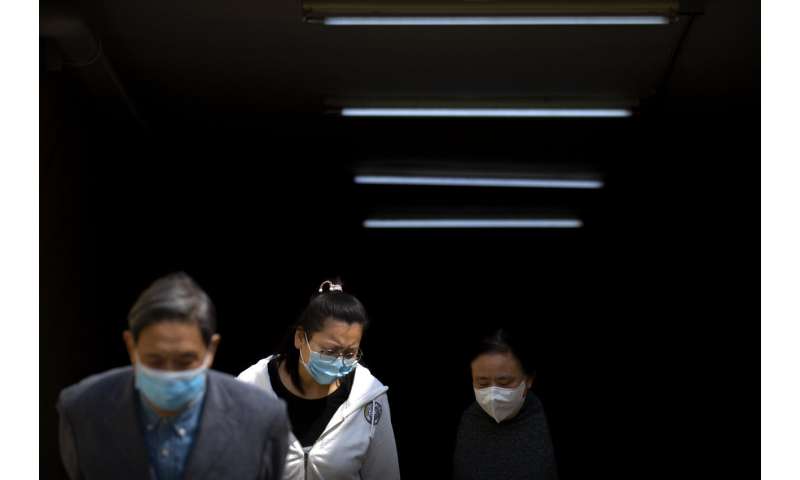 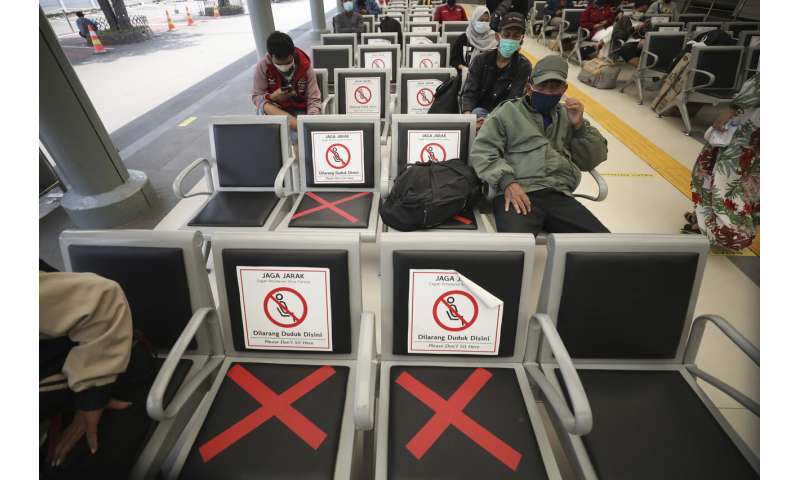 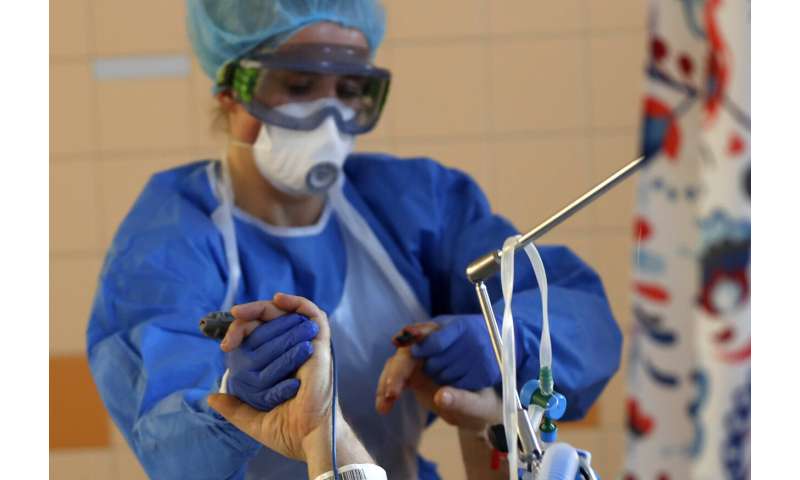 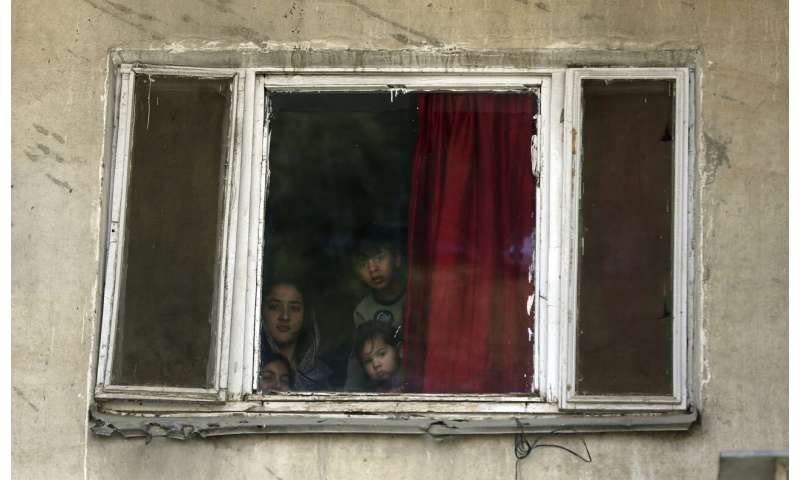 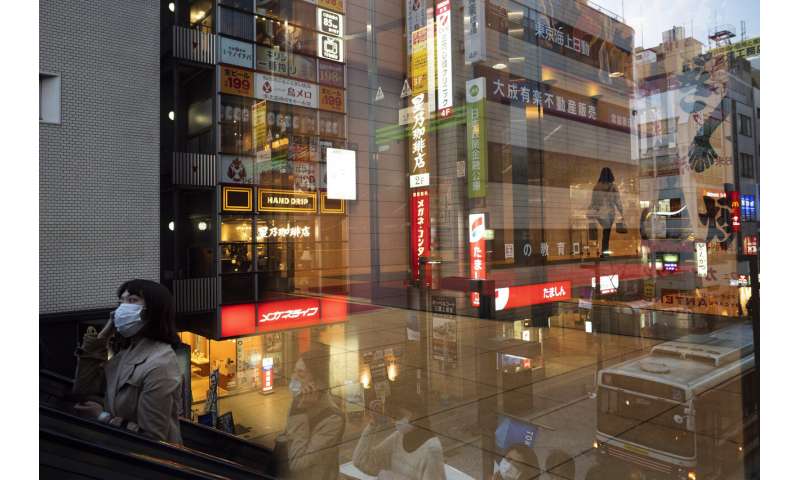 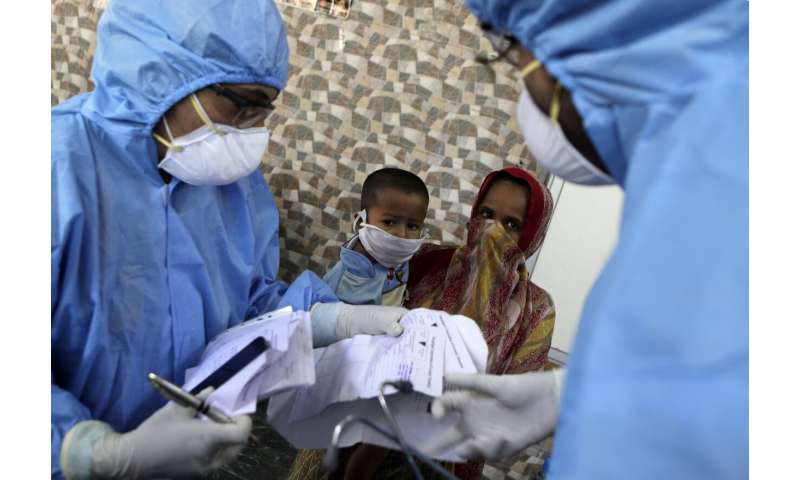 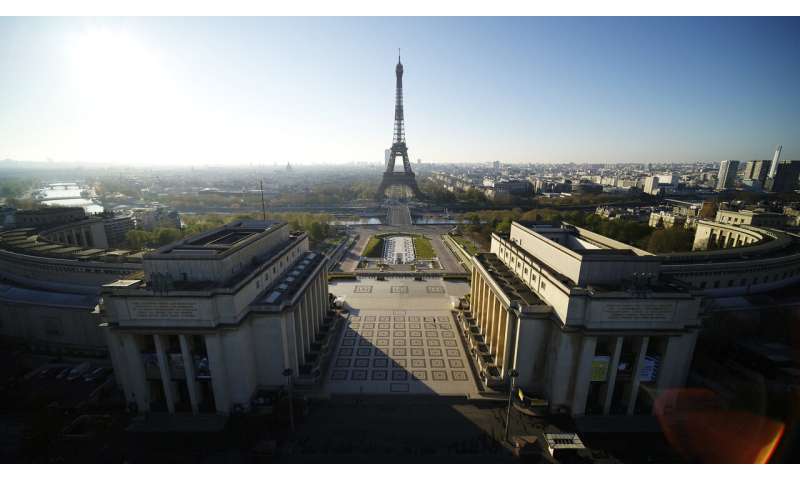 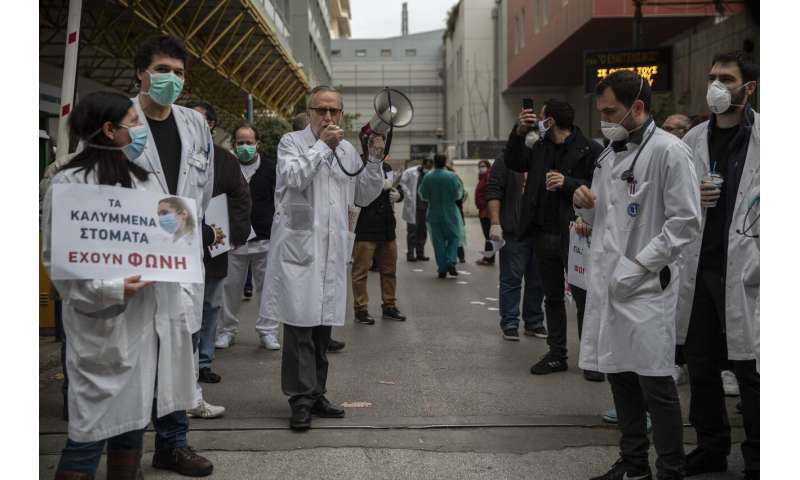 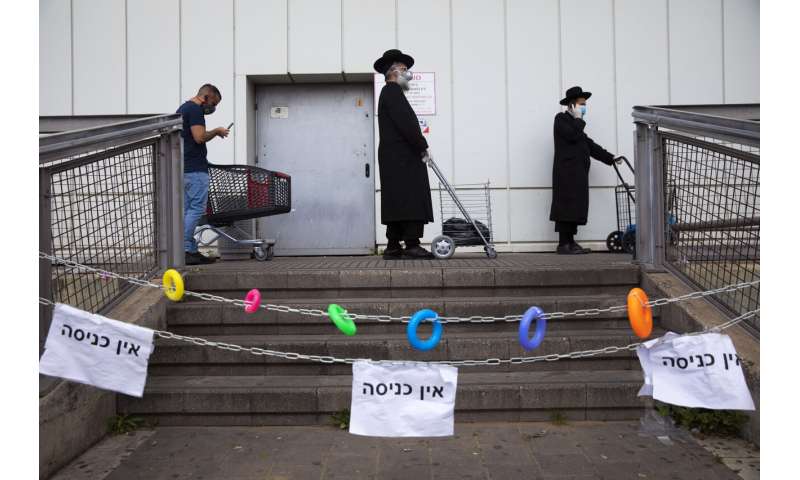 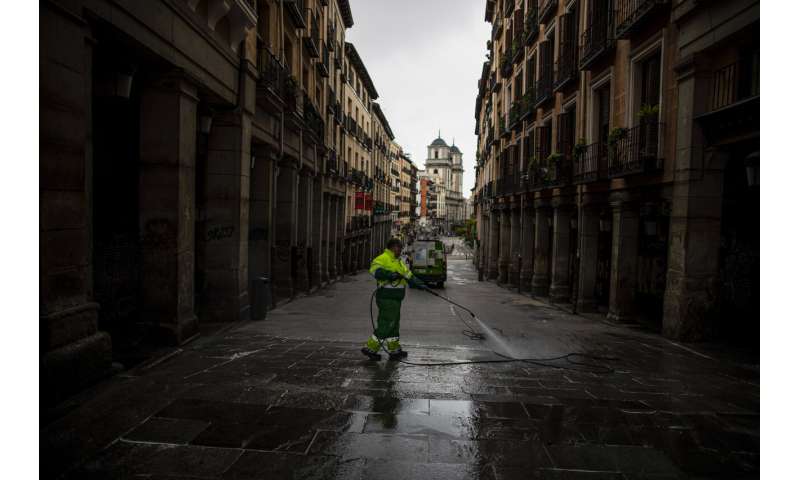 Worldwide, more than 1.3 million people have been confirmed infected and over 75,000 have died, according to Johns Hopkins University. The true numbers are almost certainly much higher, because of limited testing, different rules for counting the dead and deliberate underreporting by some governments.

For most people, the virus causes mild to moderate symptoms such as fever and cough. But for some, especially older adults and the infirm, it can cause pneumonia. Close to 300,000 people have recovered worldwide.