There is a new condition that is affecting marijuana users at a growing rate, and it's called cannabinoid hyperemesis syndrome (CHS). 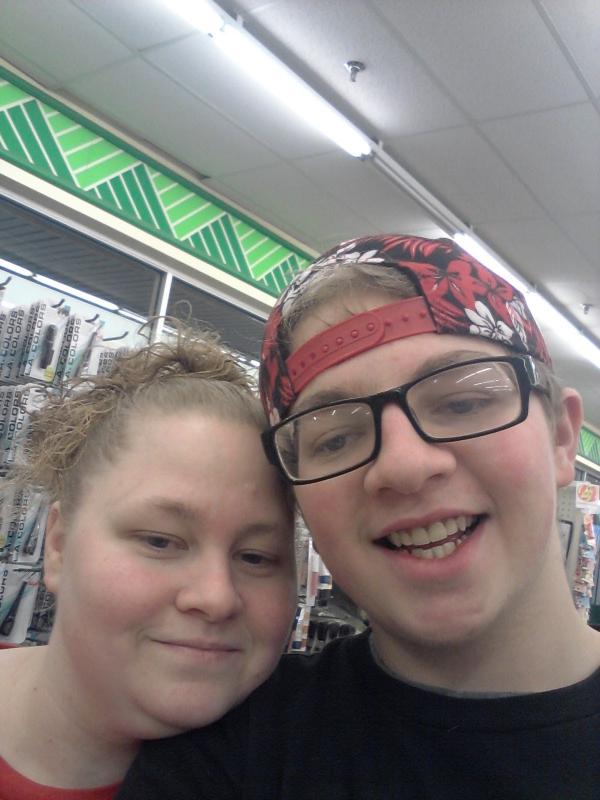 CHS causes abdominal pain, nausea, and vomiting, and the vomiting can result in dehydration.

This dehydration can lead to a type of kidney failure that experts refer to as cannabinoid hyperemesis acute renal failure, and in severe cases, it can even result in death. The reason why I know so much about this is that it happened to my son.

My first introduction to CHS was in April 2018, when my 17-year-old son Brian was diagnosed at an emergency room (ER) in Indianapolis.

Brian had been living with his father at the time, and he called me because he had been vomiting for 3 days. When I went to pick him up to take him to the ER, we had to stop about five times on the way so that he could vomit.

He began to complain of numbness and tingling in his face during the ride, which led me to become more concerned. We arrived at the ER, and while registering, he continued to vomit. He was finding it difficult to speak, and his muscles became contracted. For a moment, I thought that he was having a seizure or a stroke.

While I was moving my car, the staff took Brian to a room, which they directed me to on my return. When I arrived, there were three nurses and a doctor in the room already. Brian had an oxygen mask on, they were putting an IV in each arm, and they had already taken blood to send to the lab.

The doctor said that the muscle contraction was due to an anxiety attack and that Brian was severely dehydrated. Another doctor asked Brian if he smoked marijuana, and he said that he did. She was the one who made the diagnosis of CHS.

The team gave Brian both Haldol and Phenergan, which helped his vomiting improve. The blood work results came back, showing that his kidneys were failing and that all of his levels were out of the normal range. As a result, the doctor decided to admit Brian to the hospital so that they could continue to monitor his blood work.

His levels slowly improved overnight, and he was released after 24 hours. Brian agreed to quit smoking until he was able to see a gastroenterologist, which was scheduled for 45 days after his release.

We had never heard of marijuana causing nausea or vomiting and were only familiar with its various health benefits, so we did not believe that CHS was what Brian had.

He was not a daily smoker, and he had been smoking on and off for about 3 years before he developed symptoms. Brian was also experiencing symptoms even after he had quit smoking, which caused us to doubt the diagnosis further.

However, the gastroenterologist agreed with the CHS diagnosis and ordered more blood work. In the meantime, Brian began using marijuana again, and for several weeks, he did not have any symptoms at all.

In October 2018, Brian began vomiting again, and I decided to take him to the ER. I told the doctors about the CHS diagnosis, and tests revealed that his kidneys were shutting down once more.

The doctor decided that Brian needed to be at a children's hospital to receive specialized care. They agreed with the CHS diagnosis and ordered monitoring of his levels, which improved with the rehydration again.

Brian went back on his depression medication, and the doctor recommended counseling. There is a history of depression in our family, and Brian had developed it during preadolescence.

The team released Brian and told us to follow up with his pediatrician as necessary.

A couple of weeks later, Brian was restless during the night and complained about the acid reflux that he'd had since infancy.

I asked if he had taken his medication, and he said yes, so we both went back to bed. Brian woke up at about 11 a.m. the next morning and came into my room to lie on my bed. He began vomiting in the afternoon, so I called his pediatrician, who told me that they would send a prescription over to the pharmacy for his vomiting.

I went to the pharmacy, and when I received his prescription, I realized that it was for the same medication that he was currently taking for the vomiting.

I called the doctor when I got home and cried to them because I felt like I was slowly watching my son die.

He had lost more than 40 lb in a matter of months. The doctor was clueless as to what to do to help Brian quit smoking and suggested that we could try a stress center. They also decided to send a suppository to the pharmacy for the vomiting.

While waiting for the prescription, in between cooking dinner and watching my grandson, I was taking care of Brian when he said to me, "Mom, I'm going to quit smoking. I can't do this anymore."

He vomited several times. He then grabbed his back and began to complain that it was hurting.

I immediately thought about his kidneys and called 911. I told them all of his information and history, and as we were waiting for the emergency medical technicians (EMTs), Brian said, "Mom, I can't breathe."

I walked to the side of the bed, asking what he meant, and he repeated, "I can't breathe."

I turned him over and saw that he had stopped breathing, so I began CPR. I yelled for my daughter's boyfriend, who went to get our neighbor — a Navy veteran — to help. He took over the CPR and believed that he felt a pulse.

The paramedics arrived shortly after. They tried to occupy me by asking me questions, and I gave them all the information I could.

I kept trying to go into the room while they were working on him, but they wouldn't let me. Then, an EMT came out and said that it wasn't looking good.

I'm not sure if I called my family or if someone else did, but during this time, my sister had shown up. I remember begging and pleading with God not to take my baby and to take me instead.

After about 30 minutes, the EMT came out and told me my son was gone. Brian's father arrived a short time later, and I had to tell him that our son was dead.

There were several people in and out of the house during this time, including police, firefighters, EMTs, and detectives. In the state of Indiana, if anyone under the age of 18 dies, the death requires investigation as a homicide.

The next week was a blur as we tried to make funeral arrangements and find the necessary money. We were fortunate enough to find a church that paid $1,500 toward Brian's funeral arrangements, and with what we had from family, we were able to have a funeral.

Brian was cremated so that he could be home with his family.

An autopsy took place, and we waited for the results. I would call every day to see whether the results were in, but for months, I heard nothing. Finally, on March 6, 2019 — my birthday — I was able to pick up the autopsy report. The official cause of death was dehydration due to cannabinoid hyperemesis syndrome.

At this point, I started my journey into CHS awareness. I joined a CHS Facebook group and created CHS Awareness in Brian's memory. I contacted the news channel RTV6 Indianapolis and was interviewed on the station.

Through the creation of the Facebook page and the news coverage that I received, I have been able to reach many people. I have also heard stories of others who had CHS symptoms.

The emotional and physical toll of CHS has been devastating to some, as many sufferers were misdiagnosed and made many visits to the emergency room as a result. The financial and emotional effects of this are very stressful.

Marijuana has many benefits for those who don't have CHS. Some people use it in low dosages to reduce depression, social anxiety, and post-traumatic stress disorder (PTSD), and it can help relieve nausea and vomiting that occur due to chemotherapy. It may calm the muscle spasms that multiple sclerosis can cause, and some claim that it reduces seizures.

There is also a belief that marijuana may help in opioid addiction recovery, and researchers are publishing new studies all the time, highlighting many other potential benefits.

Losing Brian has been the most traumatic event in our lives. He was such a positive person and always gave his friends good advice. He was a loving son whom I never thought I would have, and he was a best friend to his sisters.

I want Brian's death not to be in vain, and I hope that he can continue to make an impact even in death.