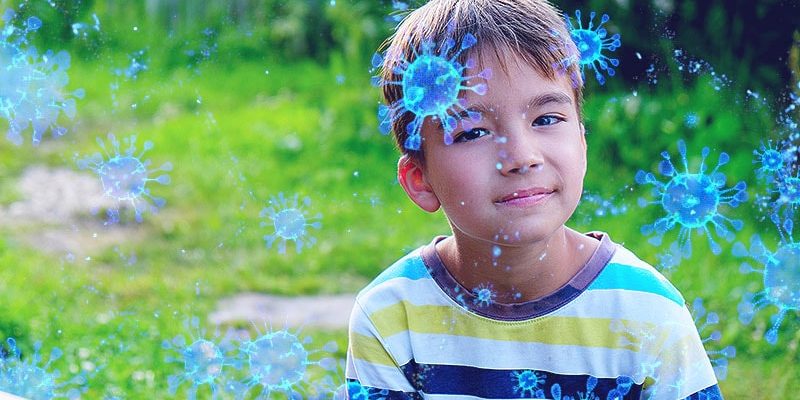 Don’t count on a runny nose. Young kids with COVID-19 often have no symptoms at all, even when they have a high viral load, according to a study supported by the Centers for Disease Control and Prevention.

Just 14% of adults who tested positive for SARS-CoV-2 were asymptomatic, versus 37% of children aged 0-4 years, in the paper. This raises concern that parents, childcare providers, and preschools may be underestimating infection in seemingly healthy young kids who have been exposed to COVID, wrote lead author Ruth A. Karron, MD, and colleagues in JAMA Network Open.

“What was different about our study [compared with previous studies] was the intensity of our collection, and the fact that we collected specimens from asymptomatic people,” said Karron, a pediatrician and professor in the department of international health, Johns Hopkins University, Baltimore, in an interview. “You shed more virus earlier in the infection than later, and the fact that we were sampling every single week meant that we could pick up those early infections.”

By the end of the study, 51 participants had tested positive for SARS-CoV-2, among whom 14 had no symptoms. A closer look showed that children 0-4 years of age who contracted COVID were more than twice as likely to be asymptomatic as infected adults (36.8% vs. 14.3%).

The relationship between symptoms and viral load also differed between adults and young children.

While adults with high viral loads – suggesting greater contagiousness – typically had more severe COVID symptoms, no correlation was found in young kids, meaning children with mild or no symptoms could still be highly contagious.

Karron said these findings should help parents and other stakeholders make better-informed decisions based on known risks. She recommended testing young, asymptomatic children for COVID if they have been exposed to infected individuals, then acting accordingly based on the results.

“If a family is infected with the virus, and the 2-year-old is asymptomatic, and people are thinking about a visit to elderly grandparents who may be frail, one shouldn’t assume that the 2-year-old is uninfected,” Karron said. “That child should be tested along with other family members.”

Testing should also be considered for young children exposed to COVID at childcare facilities, she added.

But not every expert consulted for this piece shared these opinions of Karron.

“I question whether that effort is worth it,” said Dean Blumberg, MD, professor and chief of the division of pediatric infectious diseases at UC Davis Health, Sacramento, Calif.

“That would take 4 days to get those tests done,” he said. “So, it’s a lot of testing. It’s a lot of record keeping, it’s inconvenient, it’s uncomfortable to be tested, and I just question whether it’s worth that effort.”

Applicability of Findings to Today Questioned

Blumberg also questioned whether the study, which was completed almost a year ago, reflects the current pandemic landscape.

“At the time this study was done, it was predominantly Delta [variant instead of Omicron],” Blumberg said. “The other issue [with the study] is that … most of the children didn’t have preexisting immunity, so you have to take that into account.”

Preexisting immunity – whether from exposure or vaccination – could lower viral loads, so asymptomatic children today really could be less contagious than they were when the study was done, according to Blumberg. Kids without symptoms are also less likely to spread the virus, because they aren’t coughing or sneezing, he added.

Sara R. Kim, MD, and Janet A. Englund, MD, of the Seattle Children’s Research Institute, University of Washington, said it’s challenging to know how applicable the findings are, although they sided more with the investigators than Blumberg.

“Given the higher rate of transmissibility and infectivity of the Omicron variant, it is difficult to make direct associations between findings reported during this study period and those present in the current era during which the Omicron variant is circulating,” they wrote in an accompanying editorial. “However, the higher rates of asymptomatic infection observed among children in this study are likely to be consistent with those observed for current and future viral variants.”

Although the experts offered different interpretations of the findings, they shared similar perspectives on vaccination.

“The most important thing that parents can do is get their kids vaccinated, be vaccinated themselves, and have everybody in the household vaccinated and up to date for all doses that are indicated,” Blumberg said.

Karron noted that vaccination will be increasingly important in the coming months.

“Summer is ending; school is starting,” she said. “We’re going to be in large groups indoors again very soon. To keep young children safe, I think it’s really important for them to get vaccinated.”

The study was funded by the CDC. The investigators disclosed no other relationships. Englund disclosed relationships with AstraZeneca, GlaxoSmithKline, Merck, and others. Kim and Blumberg disclosed no relevant conflicts of interest.

This story originally appeared on MDedge.com, part of the Medscape Professional Network.