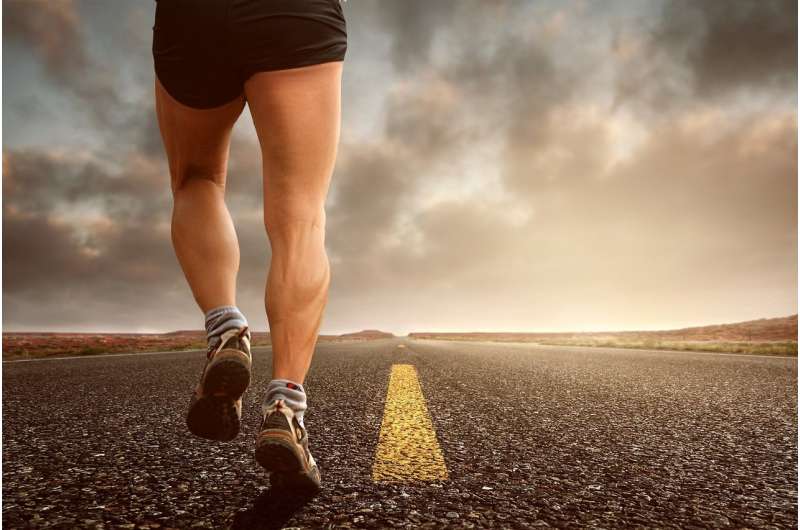 In a major register-based study, scientists at University of Gothenburg, Sweden, have now demonstrated a connection between inferior physical fitness in young adults and elevated risk of the autoimmune disease psoriasis. For the male recruits to compulsory military training who were rated as the least fit, the risk of developing psoriasis later was 35 percent higher than for the fittest.

The study was based on data on more than 1.2 million men conscripted, aged 18, into the Swedish Armed Forces between the years 1968 and 2005. During the enrollment process, all these young men underwent the same fitness test on an exercise bicycle. The researchers divided the data, according to how fit the men were, into three levels (low, medium, and high fitness). They then merged the data with other registers, using Sweden’s National Patient Register to obtain diagnostic codes for psoriasis and the joint disease psoriatic arthritis. The men who had already received one of these diagnoses before conscription were excluded from the study.

Later in life, between the ages of 37 and 51, just over 23,000 of the conscripts developed psoriasis or psoriatic arthritis. In the low-fitness group, 2.5 percent developed one or both of these diseases, while only 1.7 percent in the high-fitness group did so. In calculating this risk differential, the scientists adjusted for other risk factors, such as body mass index (BMI).

“We show that there’s an association between lower fitness and raised risk of developing psoriasis and psoriatic arthritis, but we don’t show a causal connection. So we can’t say that these health conditions can be prevented by exercising,” says the study’s first author Marta Laskowski, a doctoral student in dermatology at the University of Gothenburg and resident physician (specialist trainee) at Sahlgrenska University Hospital.

Group in need of monitoring

The group of men who were least fit was also the smallest: just under 48,000 or 3.9 percent of all the conscripts in the study. This is a group that healthcare services should try to monitor regularly.

“Low fitness was already known to boost the risk of incurring cardiovascular disease, and psoriasis as such is linked to raised cardiovascular disease risk, too. The results from our study confirm the reasons for assessing people’s fitness early in life, to identify individuals at a higher risk for adverse health outcomes later in life,” Laskowski says.

Previous research has indicated that, in general, people with psoriasis are less fit than those without it who engage in an equal amount of physical activity. However, the reasons for this difference have not been fully clarified.

“One weakness of our study is that we weren’t been able to monitor the trends of the men’s fitness during the intervening years, between their conscription and the disease onset. We’re also lacking data on smoking, which is a known risk factor for psoriasis,” Laskowski explains.

Some 300,000 Swedes have psoriasis in a mild, moderate, or severe form. It is a chronic, systemic inflammatory disease that affects women as often as men. What triggers its onset is not entirely clear, but heredity is known to play a large part in combination with external factors. The most common type, plaque psoriasis, causes reddened, flaking, and itchy skin lesions (plaques).

Psoriasis sufferers also often have other diseases. Some 30 percent get the inflammatory joint condition known as psoriatic arthritis. Examples of other known comorbidities are obesity, cardiovascular disease, diabetes, and depression.