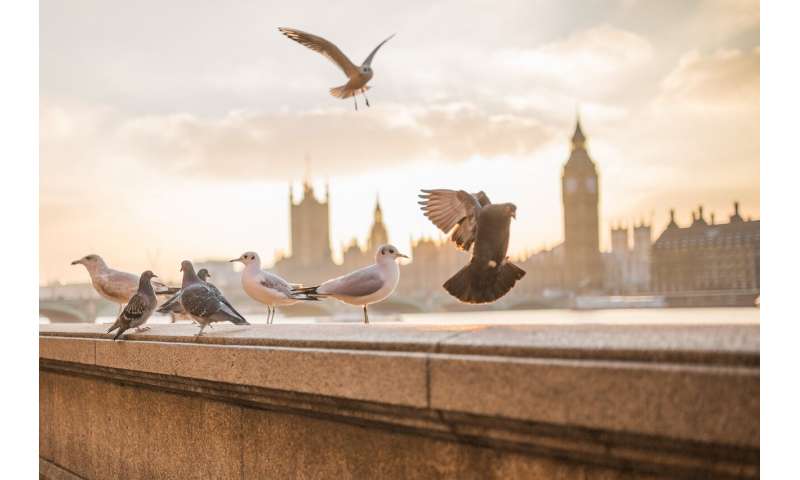 London’s mayor announced plans Wednesday to widen pavements for pedestrians and increase the number of cycle routes, to ease pressure on buses and trains forced to limit numbers because of coronavirus.

“The capacity of our public transport will be dramatically reduced post-coronavirus as a result of the huge challenges we face around social distancing,” Sadiq Khan said.

“Many Londoners have rediscovered the joys of walking and cycling during lockdown and, by quickly and cheaply widening pavements, creating temporary cycle lanes and closing roads to through traffic we will enable millions more people to change the way they get around our city.”

The number of people using buses and trains in the British capital has plummeted since a nationwide stay-at-home order was introduced six weeks ago to slow the spread of COVID-19.

London has been the epicentre of the outbreak in Britain, which has now recorded the second-highest number of deaths in the world, with more than 32,000.

Prime Minister Boris Johnson is expected to set out on Sunday plans to gradually ease the lockdown, while still keeping people apart in order to avoid new infections.

Transport for London (TfL), which runs the capital’s public transport network, says social distancing measures mean it may only be able to cope with a fifth of pre-virus passenger numbers.

It also expects a 10-fold increase in kilometres cycled and up to five times the amount of walking on pre-virus levels.

The city must avoid “a calamitous return to toxic air, high carbon emissions and traffic-choked streets”, he said.

“The mayor’s new Streetspace plan can and should be the start of a permanent transition to a greener, healthier and more resilient city.”

A temporary cycle lane will be installed in the Euston Road, a busy thoroughfare running across the capital, and plans are underway to install one in Park Lane.

The pavement in Camden High Street has already been widened and other areas will follow, both to allow people to walk at a safe distance from each other and to allow for queueing outside shops.