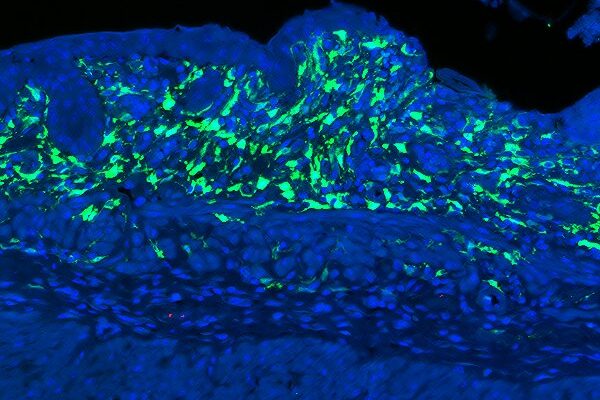 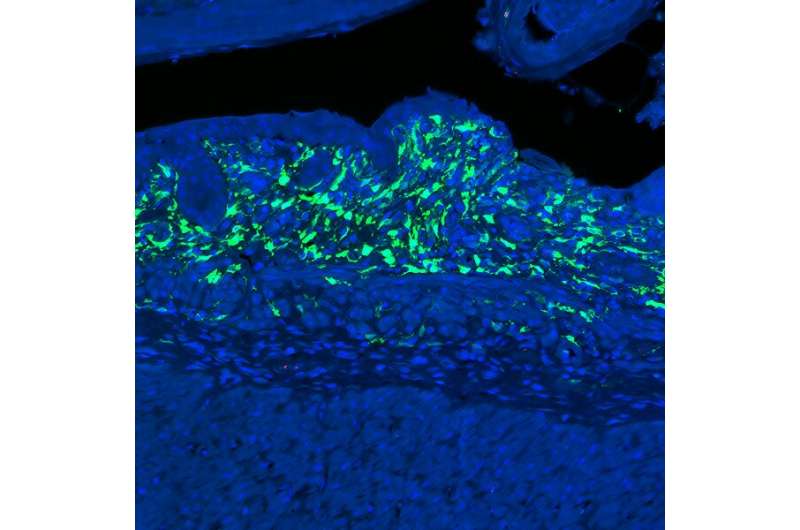 Interleukin (IL)-11 is produced by inflammatory fibroblasts, one of the stromal cells, during acute colitis. Researchers at Toho University Japan found that IL-11 ameliorated acute colitis in mouse models. The IL-11 production was regulated by myeloid cells. These findings indicate that fibroblasts cooperate with myeloid cells to protect epithelial cells during colitis. Cell signaling in these cells can be targeted in treating inflammatory bowel disease.

The intestinal epithelium is continuously exposed to large quantities of foreign proteins and microorganisms. Immune responses against antigens and epithelial regeneration processes are induced in response to tissue damage to maintain intestinal homeostasis.

“Recent studies suggest that resident fibroblasts also play an important role in regulating tissue repair processes. However, the molecular mechanisms by which fibroblasts regulate colon homeostasis are still unclear,” says Takashi Nishina, the lead author of a study published on January 4 in iScience.

In the study, Dr. Nishina and colleagues examined an experimental model of colitis. Focusing on IL-11, which is produced by fibroblasts in colitis, they found that mice lacking IL-11 or the IL-11 receptor showed exacerbation of colitis. The authors found that tissue injury, including epithelial cell death, was increased in the IL-11-signaling-lacking mice.

Moreover, IL-11-producing cells and myeloid cells were closely located in the colitis-induced mice. The research group also found that oxidative stress executed by ROS that was released from myeloid cells enhances IL-11 production. These findings revealed that by cooperating with myeloid cells, fibroblasts produce IL-11 and protect the mucosal epithelium in acute colitis.

“Previous studies have suggested that IL-11 is a molecule thought to act in therapeutic resistance in human inflammatory bowel disease, but in fact, it is a molecule that acts in mucosal protection. In addition, the interaction between fibroblasts and myeloid cells was suggested to be important for IL-11 production, suggesting that a more detailed understanding of the mechanism of cell-cell interaction might be essential for the therapeutic strategies for inflammatory bowel disease,” said Professor Nakano, one of the corresponding authors of this study.

These results were published in iScience on January 4, 2023.