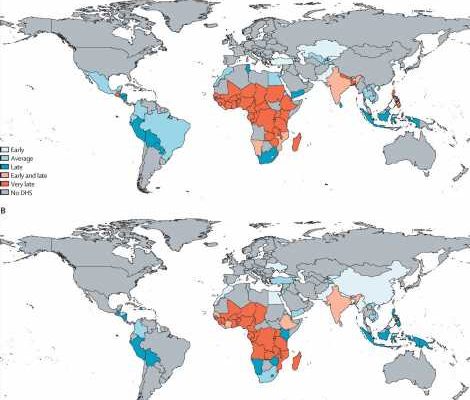 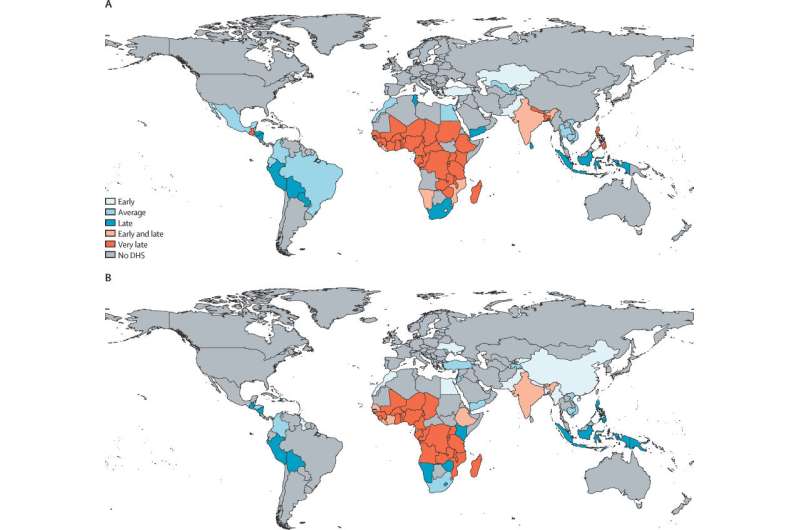 Generally, as people age, the rate of mortality increases. Yet there’s one period, the timeframe between a child’s first day of life and age five, when mortality tends to decrease as the child gets older.

This concept, known as the under-five mortality rate, often acts as a barometer for how well a country or population is doing with child health and social development. It can also pinpoint vulnerabilities and underlying causes of death for this population. Though UNICEF, the United Nations branch focused on child welfare globally, has tracked these data for years, the models available in the field were imprecise and outdated.

Now, Penn demographer Michel Guillot, postdoctoral fellow Andrea Verhulst, and colleagues have created a new model for studying under-five mortality. They developed it in high-income countries, then compared those findings to mortality data from low- and middle-income countries. In a paper published in The Lancet Global Health, they show that in sub-Saharan Africa and South Asia newborns up to 28 days old and children six months to five years old are dying at greater rates than expected.

“We know already that these two places have a higher level of under-five mortality than other regions. That’s well-known,” says Guillot, senior paper author and a professor in Penn’s Department of Sociology. “We’re showing that not only do they have that, but the way that mortality is distributed by age is different than other places based on the comparison.”

The numbers here are significant, says Verhulst, first paper author and part of Penn’s Population Studies Center. “In 2020 there were approximately five million under-five deaths, and 4 million occurred in sub-Saharan Africa and South Asia. These patterns that we identified correspond to 80% of under-five deaths worldwide.”

For years, Guillot has been part of a UNICEF advisory group that tracks progress of child survival worldwide. Though the models being used were the best available at the time, some in the field questioned their overall quality. Guillot began thinking about how to take a more granular look.

He enlisted the help of Verhulst, a postdoc in his lab, and they built a new model, incorporating data from 25 high-income countries. Then, for 81 low- and middle-income countries, they analyzed data from 1966 to 2020 for 22 age groups that ranged from birth to five years.

“Initially we had gathered archival data from North America and Europe from the 19th century to today to come up with a dataset that represents the experience of those high-income countries,” says Guillot. “For the second stage of the project, we asked, ‘How about low- and middle-income countries. Do they have the same shape? Does mortality between zero and five decline with age?’ We knew some differences had been documented, but we wanted to get a global overview.”

Using the 22 age groups they’d delineated, they assessed for low- and middle-income countries how the probability of dying deviated from what they would expect to see, then compared that to historical mortality data from 25 high-income countries. “We found that in two regions—South Asia and sub-Saharan Africa—there was a higher concentration of mortality between zero and 28 days of life and after six months of age at all levels of mortality,” Verhulst says. “It was different from the historical experience of high-income countries but also of all other regions.”

The researchers suspect that the excess mortality happening before 28 days likely has something to do with fetal malnutrition and maternal health. The excess mortality they documented after six months may relate to disease exposure at that mark, the point when a child often transitions from breastfeeding to solid foods.

“In most parts of the world, that vulnerable moment is not so problematic anymore,” Guillot says. “But in these two places, something happens. The excess mortality becomes more pronounced.” In other words, although mortality continues declining from six months to five years, it’s not happening as fast as in other countries.