Can our pets become infected with SARS-CoV-2? Could they transmit the virus to other animals, or to their human companions? And can humans transmit it to animals? This Special Feature aims to answer these and more questions. 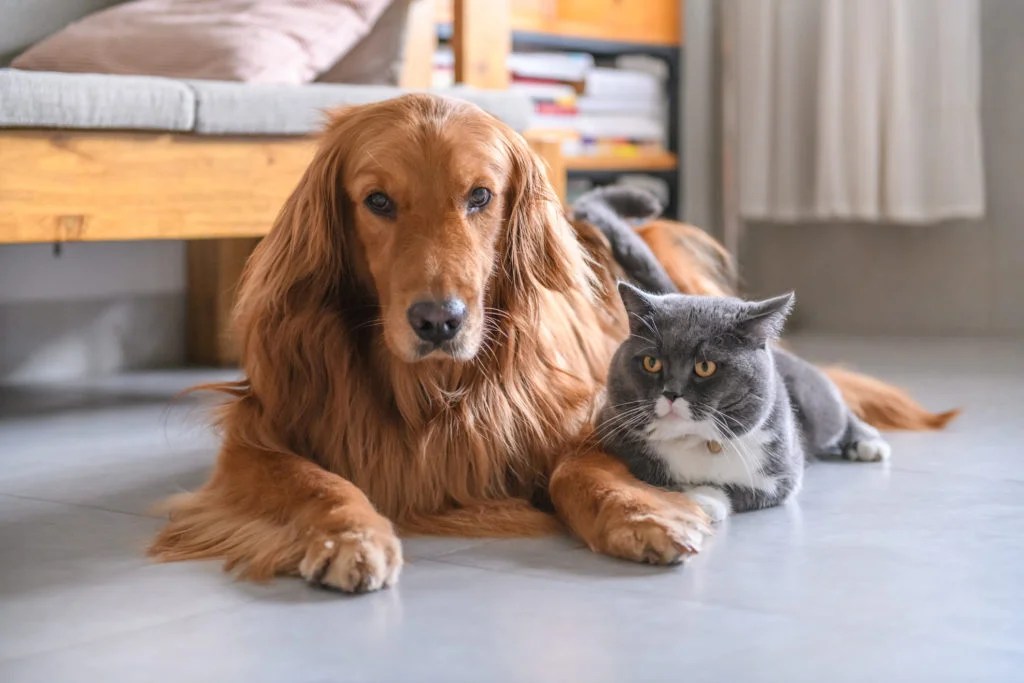 In the context of the COVID-19 pandemic, much if not most of the research has focused on SARS-CoV-2’s impact on humans.

But what about our most trustworthy companions — the pets that share our homes and our lives?

Stay informed with live updates on the current COVID-19 outbreak and visit our coronavirus hub for more advice on prevention and treatment.

Past research has indicated that, indeed, for most pet owners, their animal companions truly do count as family members.

But the COVID-19 pandemic has been fuelling fears for the health of humans and animals alike since it is unclear how — and even if — the virus that causes it affects pets such as cats and dogs.

During the lockdown in Wuhan, China, many pet owners reportedly abandoned the animals that relied on them for care and safety. Recent developments suggest that pet homelessness may also be going up in the U.S. and elsewhere in the world — all due to fears that pets might spread the coronavirus.

Yet there are also suggestions that pet adoptions may be on the rise, as the pandemic has been motivating some people to finally commit to welcoming into their lives the animal companion they always wanted.

In short, the new coronavirus has been feeding intense emotions and responses of many kinds, upturning the lives of humans and animals alike.

So, this Special Feature will present what we know, so far, about the impact of the new coronavirus on animals, such as cats and dogs, and consider what humans can do to continue to keep these faithful friends healthy and happy.

There are currently very limited data about potential infections with SARS-CoV-2 in domestic animals, including cats and dogs.

Some reports — very few and far between — have suggested that these furry friends can indeed become infected with the new coronavirus.

So far, there have been only three officially confirmed cases of pets with SARS-CoV-2 infections worldwide.

Hong Kong authorities reported two of these, and they were both in dogs. The first official report of a pet affected by SARS-CoV-2 was that of a 17-year-old Pomeranian that tested “weak positive” for the infection.

According to the briefing from the Agriculture, Fisheries and Conservation Department (AFCD) of Hong Kong, this case “indicates a low-level of infection with the virus.” The dog did not, in fact, present any symptoms of illness.

The authorities kept the dog in quarantine for a few days, after which they returned it to its owner. The dog has since died, but it is uncertain that its death had anything to do with the virus. The dog, in this case, was very advanced in age, and its owner did not allow a necropsy to establish the exact cause of death.

The second case reported in Hong Kong was that of a German Shepherd whose owner submitted it for testing alongside another dog from the same household.

While the German Shepherd tested positive for infection with SARS-CoV-2, the second dog did not, and neither canine exhibited any signs of being unwell.

According to Hong Kong officials, both the Pomeranian and the German Shepherd likely contracted the virus from their owners, who had tested positive for COVID-19.

In each case, the AFCD spokespeople emphasized that “there is currently no evidence that pet animals can be a source of COVID-19 for humans or that this virus can cause the disease in dogs.”

The third official report about an animal infected with SARS-CoV-2 came from scientists from the Faculty of Veterinary Medicine of the University of Liège in Belgium, who detected viral SARS-CoV-2 RNA in the feces and vomit of a domestic cat.

This cat also presented digestive and respiratory symptoms. Because the cat’s owner had tested positive for COVID-19, it seems likely that this, too, was a case of human-to-animal transmission.

Yet, specialists associated with the Federal Agency for the Safety of the Food Chain (FASFC) in Belgium note that the risk of human-to-animal transmission in the case of SARS-CoV-2 is, nevertheless, most probably low:

“On the basis of the elements provided, the Scientific Committee consider the risk of contamination of animals by man to be low but recommends that the veterinary services remain more vigilant and encourage epidemiological investigations in possible new suspect cases.”

There is, so far, only one study that has investigated whether various domestic animals — including cats and dogs — can contract SARS-CoV-2. Its findings now appear in the journal Science.

This study concluded that cats can become infected with the virus, and they can also pass it on to other cats.

It made a similar finding about ferrets, which are members of 326,000 households in the U.S., according to the most recent data from the AVMA.

However, the researchers reported that the virus appears to be less likely to spread in dogs, as well as in pigs, chickens, and ducks.

So, how at risk are our feline friends, really? In the preliminary study, young cats became infected with the virus in an artificial setting, in which they came into direct contact with very large quantities of SARS-CoV-2 — an improbable scenario in a day-to-day situation.

Commenting on the study, Prof. Mick Bailey — who teaches Comparative Immunology at the University of Bristol in the United Kingdom — notes that:

“The occasional reports of infected cats belonging to patients diagnosed with [SARS-CoV-2] does suggest that human-to-cat transmission may occur in the field, although likely to be rare. Transmission to pets did occur with [SARS-CoV], but there was no evidence for pet-to-human transmission.”

Caring for pets during the pandemic

There are few guidelines available about caring for pets during the COVID-19 pandemic. However, owners worry, especially about dogs, which require regular time spent outdoors, and about cats that are free to roam the neighborhood.

Currently, the Centers for Disease Control and Prevention (CDC) advise that people should treat their animal companions in the same way that they “would [treat] other human family members,” ideally preventing them from “interact[ing] with people or animals outside the household.”

“If a person inside the household becomes sick, isolate that person from everyone else, including pets,” the CDC say.

Further CDC advice includes a suggestion to keep cats indoors, as much as possible, and to keep dogs on a leash while walking them, maintaining the same advised physical distance of at least 6 feet (2 meters) from any other people or animals.

Should a pet owner contract SARS-CoV-2, the CDC advise that they should:

The World Organisation for Animal Health also stress that, at this time, as always, it is important not to give in to anxiety and to keep on providing loving care for our pets:

For live updates on the latest developments regarding the novel coronavirus and COVID-19, click here.