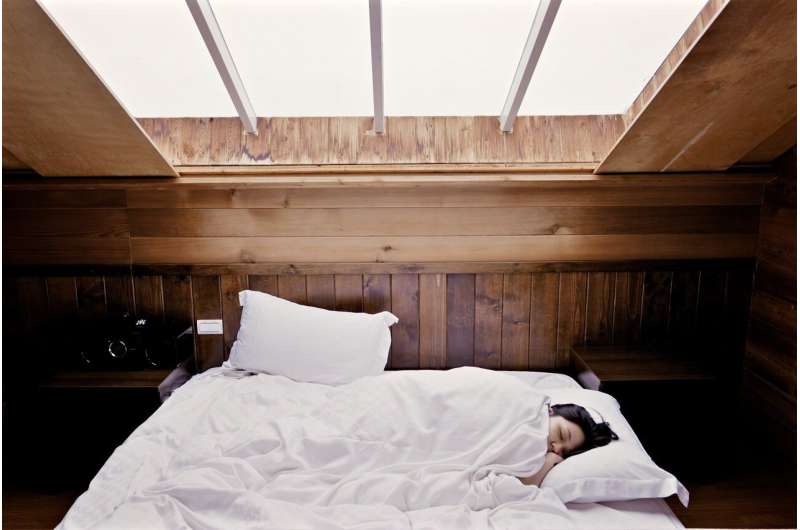 Nine in ten people do not get a good night’s sleep, according to research presented at ESC Congress 2022. The study found that suboptimal sleep was associated with a higher likelihood of heart disease and stroke. The authors estimated that seven in ten of these cardiovascular conditions could be prevented if everyone was a good sleeper.

“The low prevalence of good sleepers was expected given our busy, 24/7 lives,” said study author Dr. Aboubakari Nambiema of INSERM (the French National Institute of Health and Medical Research), Paris, France. “The importance of sleep quality and quantity for heart health should be taught early in life when healthy behaviors become established. Minimizing night-time noise and stress at work can both help improve sleep.”

Previous studies on sleep and heart disease have generally focused on one sleep habit, such as sleep duration or sleep apnea, where breathing stops and starts while sleeping. In addition, prior studies have often assessed sleep at baseline only. The current study used a healthy sleep score combining five sleep habits. The researchers investigated the association between the baseline sleep score, and changes over time in the sleep score, and incident cardiovascular disease.

This study included 7,200 participants of the Paris Prospective Study III (PPP3), an observational community‐based prospective cohort. Men and women aged 50 to 75 years and free of cardiovascular disease were recruited in a preventive medical center between 2008 and 2011. The average age was 59.7 years and 62% were men. Participants underwent a physical examination and completed questionnaires on lifestyle, personal and family medical history, and medical conditions.

Questionnaires were used to collect information on five sleep habits at baseline and two follow up visits. Each factor was given 1 point if optimal and 0 if not. A healthy sleep score ranging from 0 to 5 was calculated, with 0 or 1 considered poor and 5 considered optimal. Those with an optimal score reported sleeping 7 to 8 hours per night, never or rarely having insomnia, no frequent excessive daytime sleepiness, no sleep apnea, and an early chronotype (being a morning person). The researchers checked for incident coronary heart disease and stroke every two years for a total of 10 years.

At baseline, 10% of participants had an optimal sleep score and 8% had a poor score. During a median follow up of eight years, 274 participants developed coronary heart disease or stroke. The researchers analyzed the association between sleep scores and cardiovascular events after adjusting for age, sex, alcohol consumption, occupation, smoking, body mass index, physical activity, cholesterol level, diabetes, and family history of heart attack, stroke or sudden cardiac death. They found that the risk of coronary heart disease and stroke decreased by 22% for every 1 point rise in the sleep score at baseline. More specifically, compared to those with a score of 0 or 1, participants with a score of 5 had a 75% lower risk of heart disease or stroke.

The researchers estimated the proportion of cardiovascular events that could be prevented with healthier sleep. They found that if all participants had an optimal sleep score, 72% of new cases of coronary heart disease and stroke might be avoided each year.

Over two follow ups, almost half of participants (48%) changed their sleep score: in 25% it decreased whereas in 23% it improved. When the researchers examined the association between the change in score and cardiovascular events, they found that a 1 point increment over time was associated with a 7% reduction in the risk of coronary heart disease or stroke.