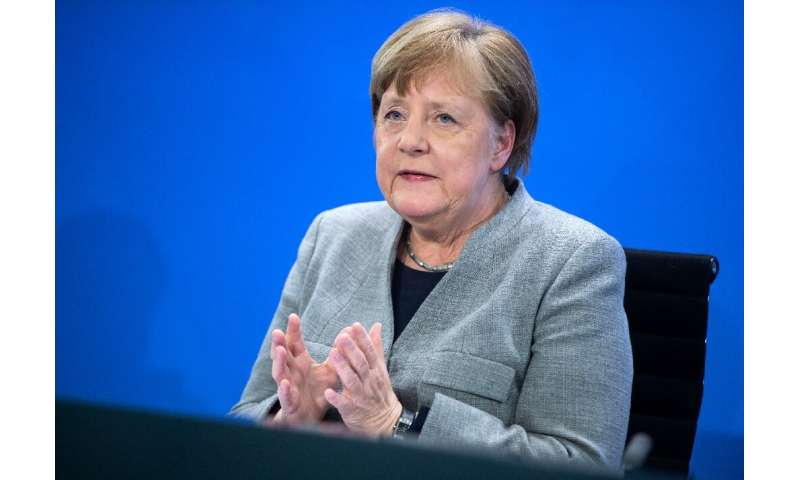 German Chancellor Angela Merkel on Wednesday announced first steps in undoing coronavirus restrictions that have plunged the economy into a recession, with most shops allowed to open although schools must stay closed until May 4.

Shops up to 800 square metres (8,600 feet) are allowed to reopen once they have “plans to maintain hygiene”, Merkel told reporters in Berlin, as Germany sees “fragile intermediate success” in slowing the spread of COVID-19.

“We have to proceed with extreme caution,” she said following her afternoon meeting with the heads of Germany’s 16 states.

Rules will therefore remain in force preventing more than two people from gathering in public, other than family groups who live together.

Schools will gradually be reopened with priority given to pupils about to take leaving examinations.

Meanwhile, a ban on large public events will be upheld until August 31 to prevent possible mass transmissions of the virus.

And the government urged people to wear face masks when out shopping or on public transport, but stopped short of imposing a requirement like neighbouring Austria.

Reviews of the looser measures with an eye on infection rates would follow every two or three weeks, said Merkel.

Questioned on the limitations on which shops can open, she said “we have to be careful that we don’t completely re-enable public activity in city centres, because then chains of infection will arise”.

“I want to thank citizens who have changed their lives, given up on social contacts, who have limited themselves, very warmly.

Like other countries around the world, Germany has seen a lively debate since coronavirus lockdowns began in mid-March over lifting them again. 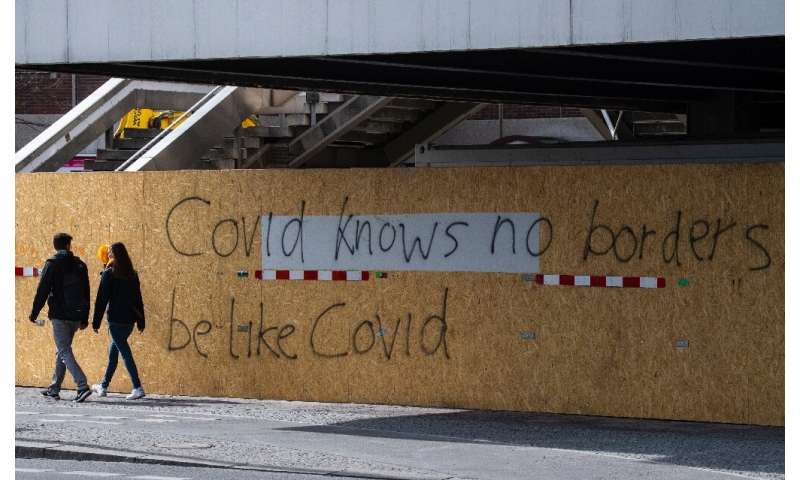 Pressure has grown from business to provide a clear plan.

“Companies need to know soon what steps will lead to social and economic life being restarted,” the powerful BDI industry federation said ahead of Wednesday’s decisions.

Earlier Wednesday, the economy ministry said Europe’s powerhouse had plunged into a recession set to last until the middle of the year.

“Falling global demand, interruption of supply chains, changes in consumers’ behaviour and uncertainty among investors” had already made themselves felt, the economy ministry said.

The economic blow from the virus fell just as Germany was beginning to recover from a year marked by the impact of trade wars and Brexit fears.

“Even if the first protective measures can be loosened somewhat (after April), growth will remain very muted and only revive bit by bit,” the economy ministry forecast.

To cushion some of the blow, Berlin has passed a rescue package totalling 1.1 trillion euros ($1.2 trillion), ranging from guarantees for bank lending to businesses, to a state fund that could buy stakes in stricken companies if necessary.

The federal government also eased access to a scheme that tops up workers’ wages if their employer slashes hours.

Berlin estimates that 2.1 million workers will have to fall back on the support, far more than the 1.4 million people who did during the 2008-9 financial crisis.

Meanwhile all eyes are on a European Union heads of government videoconference on April 23 to lay the groundwork for recovery across the bloc.

Finance ministers from the eurozone single currency area agreed 500 billion euros of immediate support last week, but economists and politicians warn more will be needed, especially for the hardest-hit nations such as Spain and Italy.