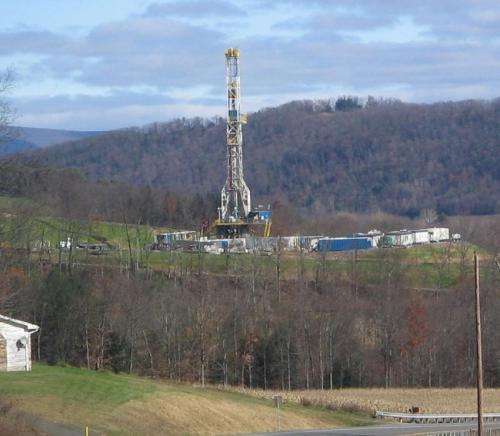 A chemical used in hydraulic fracturing, commonly called fracking, has the potential to interfere with reproductive hormones in men, according to research accepted for presentation at ENDO 2020, the Endocrine Society’s annual meeting, and publication in a special supplemental section of the Journal of the Endocrine Society.

The study found the chemical can block the effects of testosterone and other male sex hormones known as androgens.

Hydraulic fracturing technology has significantly improved the yield of oil and natural gas extraction from unconventional sources. Fracking involves drilling and hydraulic extraction by injecting mixtures of industrial chemicals at high pressure into horizontal bore wells. Fracking chemicals contaminate the environment, including lake, groundwater and wastewater, and they are likely to affect everyone that is exposed to this group of chemicals, according to Tachachartvanich.

“The widespread use of fracking has led to concerns of potential negative impacts on both the environment and human health,” Tachachartvanich said. “Everyone should be concerned about fracking as the wastewater generated has potential endocrine-disrupting effects, which can adversely affect the general population.”

The researchers used a computer model to rank 60 hydraulic fracturing chemicals used in California, based on the predicted potential of each chemical to interfere with androgens’ ability to bind with cells in the body. Based on the rankings, they used a cell model to verify the top five fracking chemicals that showed the highest potential to interfere with this process.