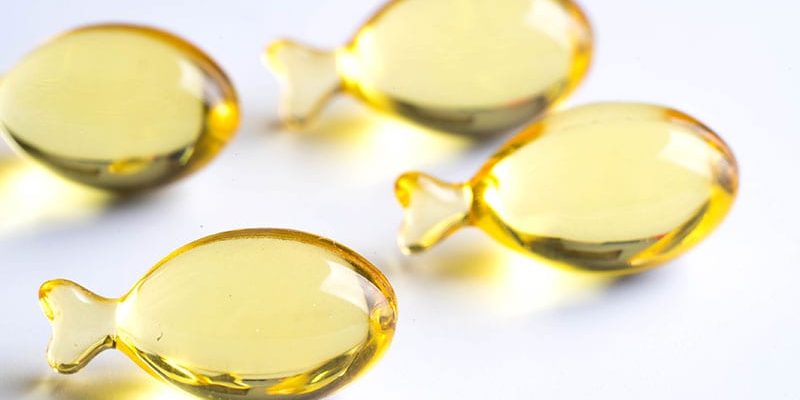 Results of the REDUCE-IT trial suggested that icosapent ethyl lowers the risk for ischemic events among patients with high triglycerides despite statin use — but immediately, controversy swirled.

The prescription product (Vascepa), consisting of a “highly purified” form of the omega-3 acid eicosapentaenoic acid (EPA), was heralded in 2018 as ushering in “the dawn of a new era” in cardiovascular disease (CVD) prevention that “should definitely change practice going forward,” according to REDUCE-IT’s lead author Deepak L. Bhatt, MD, formerly of Brigham and Women’s Hospital in Boston and now Director of the Mount Sinai Heart Center in New York City.

However, skeptics questioned why the results differed from most previous trials of fish oil that showed no benefit. Was it due to the high dose of EPA: 4 g/daily vs 1 g daily in earlier trials with fish oil capsules? Was it the different formulation of purified EPA vs more common combinations of EPA plus docosahexaenoic acid (DHA)? Or, as suggested by Steven Nissen, MD, chief academic officer of Cleveland Clinic’s Heart and Vascular Institute and others, was it due to the negative effects of the mineral oil placebo, given the significant increases in low-density lipoprotein cholesterol (LDL-C) and high-sensitivity C-reactive protein (hsCRP) seen in the control group?

“Not All Omega-3s Created Equal”

Commenting recently for theheart.org | Medscape Cardiology, Bhatt said, “I think there’s confusion in the field. It’s a challenge when just one drug in a class looks good and everything else in that class looks bad. That in itself can breed some skepticism. Also, not everyone always embraces advances. Some people have other reasons to impugn datasets; for example, it could be because they are running competing trials with competing drugs.” 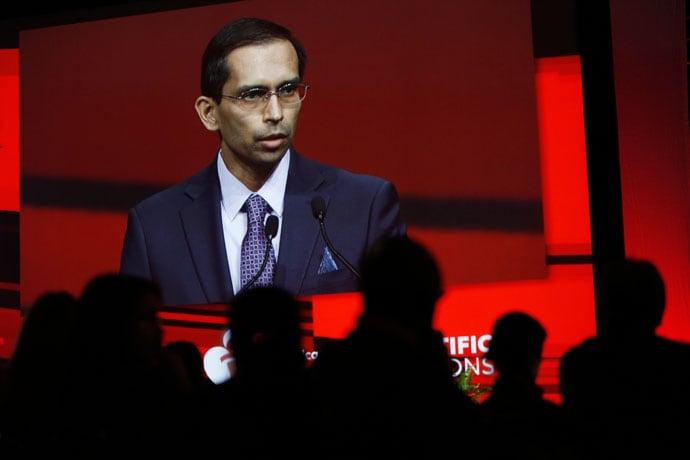 REDUCE-IT enrolled more than 8000 patients at high CV risk despite statin treatment, and randomly assigned them to 2 g of EPA twice daily or the mineral oil placebo. Although the results showed a 25% reduction in the rate of CV events in the EPA group, there was also an increased risk of atrial fibrillation among those taking EPA after a median of 4.9 years follow-up.

Bhatt noted that Amarin, which manufactures Vascepa, is essentially a one-drug company, and its stock price is dependent on the product. When the trial results were released, he said, “There were people in the investor world that wanted the stock price to go up or wanted it to go down, and they were alternately hyping or disparaging the data in both cases, sometimes inappropriately and excessively, which created noise around the science.”

Bhatt added that other trials also showed positive results. He pointed to the JELIS trial, published in 2007, which showed a 19% reduction in major adverse CV events with a 1.8-g daily EPA dose.

More recently, RESPECT-EPA was presented at the American Heart Association Scientific Sessions 2022. That study had methodological issues and was underpowered, but it did suggest a possible benefit of EPA in reducing CV events in patients with chronic coronary artery disease who were taking statins. “Looking at the totality of evidence, I think it’s quite clear there’s CV benefit,” Bhatt said.

Concerns about the mineral oil placebo cast doubt on that benefit. Table 4 of the supplement accompanying REDUCE-IT’s publication in the New England Journal of Medicine shows significant increases of non-HDL cholesterol, LDL-C, apolipoprotein B, and hsCRP in the control group.

Jane Armitage, MBBS, a professor of Clinical Trials and Epidemiology, Clinical Trial Service Unit at Oxford University, United Kingdom, said in an interview: “I was surprised by the backlash and at the time felt that it was unlikely that the mineral oil was the problem. But the size of benefit was still out of kilter.”

“Two further pieces of evidence have influenced my thoughts since then,” she said. One is the lack of effect of high doses of fish oils in the STRENGTH trial. STRENGTH tested 4 g of omega-3 oil containing a mixture of EPA and DHA and found no benefit in statin-treated, high-risk patients.

“The amount of EPA [was] substantially less than given in REDUCE-IT,” Armitage said, “but it seems to me that in a similar hypertriglyceridemic population, if the effect were due to the EPA, you would have seen some impact in STRENGTH — and none was seen.”

“The other piece of evidence is in a paper by Paul Ridker, MD, et al on the changes in biomarkers during REDUCE-IT,” she said. “Several inflammatory biomarkers associated with atherosclerosis rose during the study among those allocated mineral oil, but remained largely unchanged in the EPA group. This is in contrast to what is seen with these biomarkers in other large trials, where no changes were seen in the placebo groups, and once again raises the possibility that the apparent benefits of EPA may be related to hazard from the mineral oil.”

Based largely on the results of REDUCE-IT, Vascepa is currently approved by the US Food and Drug Administration as an adjunctive therapy to lower the risk for CV events among adults with elevated triglyceride levels (≥150 mg/dL). Patients must also have either established CVD or diabetes and two or more additional CV risk factors and are advised to continue physical activity and maintain a healthy diet.

Nissen, the principal author of the STRENGTH trial, told theheart.org | Medscape Cardiology, “REDUCE-IT is an outlier. Other trials of omega-3 fatty acids, some of them very large, showed no benefits, and a meta-analysis of nearly 78,000 patients showed no beneficial effects. In this context,” he said, “the large ‘benefit’ observed in REDUCE-IT doesn’t make any sense.”

Nissen noted that a secondary analysis of STRENGTH further showed that higher plasma EPA levels did not reduce CV outcomes. He also highlighted the elevated risk of atrial fibrillation with EPA. “We need to see another study comparing EPA to a neutral comparator such as corn oil, which had no significant effect on lipid or inflammatory biomarkers in STRENGTH,” he said. “Without such a trial, the results of REDUCE-IT cannot be accepted as definitive.”

Ridker, the lead author of the REDUCE-IT substudy that found biomarker changes with the mineral oil placebo, told theheart.org | Medscape Cardiology, “Is it possible that EPA is an outstanding drug? Absolutely, and I continue to think it useful for our very high-risk, secondary-prevention patients when we are running out of options.”

“But,” said Ridker, who is a professor at Harvard Medical School and director of the Center for Cardiovascular Disease Prevention at Brigham and Women’s, “the reality…is that ongoing uncertainties need resolution.” Like Nissen, he thinks the best way to resolve these uncertainties is through a second trial using a fully neutral comparator. “I am hopeful that the US National Institutes of Health will see fit to undertake such an endeavor, perhaps with support from industry partners.”

Although Armitage is no longer in clinical practice, when asked how she might use EPA, she said it might be reasonable for patients who meet the prescribing criteria and remain high risk after all other risk factors have been addressed. She added that although EPA is approved in the UK, she doesn’t think it is being widely prescribed.

Salim S. Virani, MD, PhD, a professor in the Sections of Cardiology and Cardiovascular Research at Baylor College of Medicine who has published articles about REDUCE-IT and on the eligibility and cost of EPA in the US Veterans Affairs system, said in an interview, “In my personal opinion, clinicians [should] first optimize diet and lifestyle and work on secondary causes, as they play a very big role in hypertriglyceridemia.” He also recommended optimizing LDL-C levels because of “consistent data showing that LDL-C control leads to significant reduction in atherosclerotic CVD events.”

“Once these two steps are taken and triglycerides still remain elevated,” he said, “then adding EPA in patients with established atherosclerotic CVD or those with diabetes plus other CV risk factors may be a reasonable option to further lower residual atherosclerotic CVD risk.”

Bhatt acknowledged that despite the benefit of EPA in the context of REDUCE-IT, “a few issues stand in the way of prescribing, particularly in the US.”

Vascepa’s manufacturer Amarin lost a patent challenge in the US, enabling the relatively early introduction of multiple generics. “They’ve lost interest in the US because there are three generics.”

“The sad truth is, if there isn’t a drug rep saying, ‘Hey, look at this new data,’ there’s clinical inertia,” said Bhatt. He believes that the lack of marketing will hurt awareness among physicians and “ultimately hurt patients because they won’t get the drug.”

Cost is also an issue, Bhatt affirmed. Vascepa has significant out-of-pocket costs for many patients, as do some of the generics. Currently, the branded product costs about $300 per month without insurance, according to drugs.com; prices for generics vary widely, running anywhere from $82 to $200 or more.

Despite these challenges, he noted that many guidelines around the world have already changed to reflect the data, including the American Diabetes Association and the US National Lipid Association.

Will there be another trial of EPA with a neutral placebo? Bhatt believes it’s not going to happen. “The company that funded REDUCE-IT is struggling just to stay alive, and another investigator-funded trial like RESPECT EPA would probably be underpowered and not move the needle much.”

Virani agreed that while it would be best to test EPA against a fully inert placebo, “whether there is enough appetite to fund such a large trial remains a big question.”

Meanwhile, Bhatt said, “EPA is not for everybody, but for the high-risk patients who meet the stringent inclusion criteria of REDUCE-IT, I think clinicians should at least consider use of EPA in a way consistent with the US FDA label, the Canadian label, and the label in parts of Europe where the drug is being introduced.”