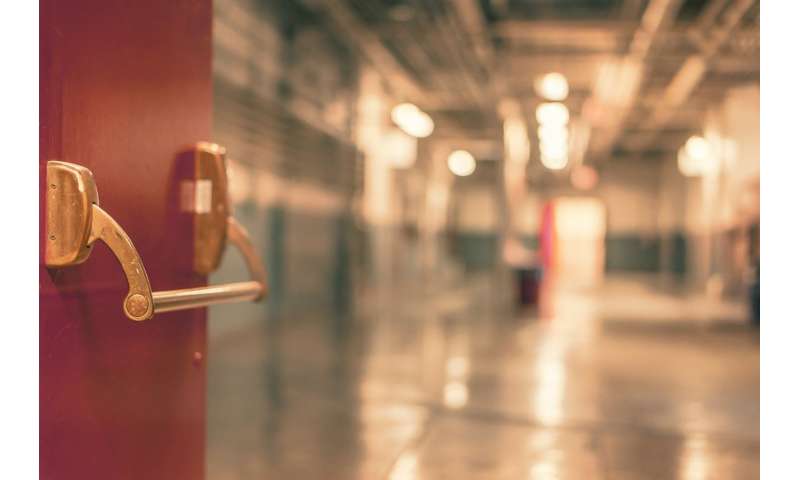 There’s the COVID-unit nurse whose sister got infected and became a patient. The staffer who works 12-hour shifts, only to come home to unruly and frustrated children. The nurse who felt the added pressure of supporting an unemployed brother.

Dr. Jay Kaplan listens as each staffer shares their fears and problems. He tells them it’s OK to get sad or angry over the coronavirus that has sickened so many and upended their lives. He reads them his poems. He shares how, early in the outbreak, he came home one day and cried to his wife, overwhelmed by the deluge of dying patients.

Mostly, Kaplan, 71, an emergency room physician and wellness specialist at LCMC Health system in New Orleans, wants them to know they’re not alone.

“We need to break the culture of silence and let people know it’s OK not to have it all together all the time,” he said.

The psychological risks hospital staffs face during the coronavirus pandemic came into tragic focus this week, when Dr. Lorna Breen, 49, a Manhattan emergency room doctor who treated coronavirus patients and had been infected by the virus, committed suicide.

Kaplan’s chats with frontline medical staff in the coronavirus fight—known as “wellness visits”—are a key strategy for the New Orleans-based hospital system in preventing its workers from spiraling into depression and post-traumatic stress disorder during the pandemic.

Hospitals across the U.S.—from Seattle to New York City—have launched similar initiatives in what they see as the next phase in the war against coronavirus: protecting healthcare staff from serious mental fallout after weeks of fighting a relentless virus.

As of Friday, the coronavirus has infected more than 1.1 million people in the U.S. and led to the deaths of nearly 65,000. More than 9,200 healthcare providers have been infected by the virus, according to the Centers for Disease Control and Prevention.

A study released last month looking at the mental health outcomes of 1,257 health care workers attending to COVID-19 patients in 34 hospitals in China, where the outbreak started and where more than 4,600 people have died, found that 50% showed signs of depression, 45% reported anxiety and 72% had some form of psychological distress.

Even before the pandemic, around 60% of emergency physicians experienced burnout at some point in their career, according to the American College of Emergency Physicians. An estimated 400 physicians commit suicide each year.

Healthcare workers are used to dealing with death but rarely witness it in such high numbers, said Dr. Colin West, an internist who has studied physician well-being at the Mayo Clinic in Minnesota for nearly two decades. Nurses and doctors are also not accustomed to putting themselves at constant risk while treating others, he said.

“Healthcare professionals—physicians, nurses—already had high levels of stress and high rates of burnout,” West said. “A pandemic like this is going to add strain to an already strained group of workers.”

Doctors, nurses and technicians usually face “second-hand trauma,” where they absorb the trauma of gunshot victims and other patients they treat, said Debbie Minsky-Kelly, a social work professor at Carthage College in Wisconsin who teaches trauma. With the coronavirus, they’re also absorbing “first-hand trauma,” as they risk infection and witness colleagues get sick and even die, she said.

Unchecked, the trauma could resurface down the road, when caseloads lighten and they have time to think about their experience, Minsky-Kelly said.

“What are going to be the triggers for doctors and nurses for future PTSD?” she said. “The person performing my surgery could suddenly be having a flashback in the middle of my procedure.”

Workers at Mount Sinai hospitals in New York City have treated more than 2,000 COVID-19 patients and seen hundreds of their colleagues infected by the virus, said Dr. Jonathan Ripp, the system’s wellness chief. Around 20 workers have died from the virus.

Starting in late March, the hospitals ramped up initiatives, such as a 24/7 mental health crisis line and one-on-one counseling, Ripp said. It also launched a wellness and resilience center that will track staffers’ mental health long term.

“The number of (coronavirus) deaths we’re seeing in this country are higher than deaths we saw during the Vietnam War,” Ripp said. “There’s reason to be concerned.”

Dr. Aisha Terry, a Washington, D.C., emergency physician and board member of the American College of Emergency Physicians, said she routinely fields calls from colleagues who break down in tears over what they’re witnessing.

Others are witnessing some of the most traumatic scenes of their career but are self-isolating from family members to avoid infecting them and don’t have a support system when they need it the most, she said. Emergency physicians also feel a sense of helplessness in facing a virus with unknown treatments or vaccines.

Her group is offering free online counseling sessions to members and trying to sound the alarm that doctors and nurses in the fight against the coronavirus face serious psychological risks, she said.

“Things cannot go back to business as usual after COVID-19,” Terry said. “The mental health of our emergency physician workforce has to be addressed in a definitive way.”

Hospital staffers in Seattle, the first epicenter of the virus in the U.S., are starting to see a flattening of the curve and decrease in cases, said Michele Bedard-Gilligan, a University of Washington psychiatrist who has helped lead the university’s medical mental wellness efforts.

But hospital administrators are planning to track and treat staffers long term, including for a potential second wave virus outbreak, she said.

“Potentially, we’re looking at another year of tolerating increased stress,” Bedard-Gilligan said. “How that’s going to look like and how it’s going to take a toll on us remains to be seen.”

In New Orleans, Kaplan, the wellness specialist, begins each group session by sharing information in printed-out colorful graphs: The hospital system has enough ventilators, intensive-care beds and personal protection equipment to see them through the crisis, the graphs show.

Next, he’ll share a poem titled, “When Corona Comes Knocking” (“Now death is our greeter as we walk in to work … sometimes we see it walk in the door, other times it is wheeled in … “). He penned the poem in his journal as the pandemic hit New Orleans.

Kaplan often ends the 30-minute sessions by asking workers to think of the one thing they did that day that made a difference. Then, he reads from Psalms 23 in the Bible: “Yea, though I walk through the valley of the shadow of death, I will fear no evil: for thou art with me.”