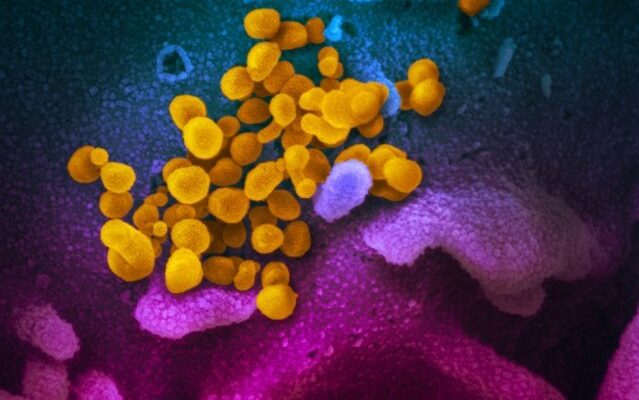 For 10 patients severely ill with the new coronavirus, a single dose of antibodies drawn from the blood of people who had recovered from COVID-19 appeared to save lives, shorten the duration of symptoms, improve oxygen levels and speed up viral clearance, newly published research reports.

The preliminary findings emerged from a “pilot study” published Monday in the journal PNAS, the Proceedings of the National Academies of Sciences. Conducted at three hospitals in China, it promised only to suggest the benefits of harvesting immune antibodies from recovered people (also called convalescent plasma) and administering it to people battling a severe case of COVID-19.

But its findings offer hope that a therapy with a long history and a simple premise could be a powerful treatment for COVID-19 patients fighting for breath. In the early 20th century, doctors transferred the bloodborne antibodies of patients who had recovered from polio, measles, mumps and flu to those who were in still in the grips of those infections. Armed with a veteran infectee’s immune memory of the virus, patients getting convalescent plasma appeared to recover more quickly and completely than patients who did not get the treatment, physicians observed.

With a vaccine at least a year away and no clear treatments available for COVID-19, the U.S. Food and Drug Administration on Mar. 24 approved the use of such therapy as an experimental treatment in clinical trials and for critical patients without other options.

The new pilot study signaled that the therapy will not disappoint. One patient, a 46-year-old man with high blood pressure who showed up at a hospital with fever, cough, shortness of breath and chest pain, was relying on a ventilator to push oxygen into his lungs, and still his blood-oxygen level was a dismal 86%. (Normal readings range from 95% to 100%.)

Eleven days after his first symptoms had appeared, the patient received an infusion of so-called convalescent plasma. On day 12, his blood tested negative for infection with the SARS-CoV-2 virus. His body’s inflammation level turned sharply down. And his blood-oxygen level had climbed to 90%. The next day, he was weaned off of the mechanical ventilation that had breathed for him for three days.

In addition to his lungs, the patient’s immune system and liver function, both on the ropes at the height of his illness, were steadily returning to normal four days after he got the plasma antibody infusion.

For a 49-year-old woman with no underlying illnesses, COVID-19 infection quickly progressed to shortness of breath and hospital admission. By day seven after the onset of her symptoms, her chest X-ray had shown the hallmark opacity of ground glass and she had build-ups of fluids or proteins—infiltrates—scattered throughout both lungs. On day 10 following the onset of symptoms, she got an infusion of convalescent plasma. By day 12, she had cleared the virus from her system and her chest X-ray was clearing markedly.

A 50-year-old male with “massive infiltrates” in both lungs showed a gradual clearing of his lungs and tested negative for infection 25 days after his first symptoms appeared.

In all ten patients, the symptoms that had driven them to seek emergency care had either disappeared or largely improved within one to three days of their receiving a transfusion of antibodies from a recovered donor. Two of the three patients who had been breathing with the help of a mechanical ventilator were able to step down to oxygen delivered into the nose.

None of the 10 patients died, and only one unexpected side effect—a red bruise on one patient’s face—was detected.

The study was not designed to have a comparison group of patients that got no convalescent plasma. But the authors did create a control group from a random selection of 10 COVID-19 patients treated in the same hospitals and matched to the ten study participants in age and gender and the illness severity.

The two groups looked roughly the same on day one of their admissions to the hospital. But over the next several weeks, their illnesses progressed in sharply different ways. In the comparison group, three died, six saw their conditions stabilize, and one got better during the study period.

Of those who received convalescent plasma, three were discharged from the hospital, and the remaining seven were rated “much improved” and ready for discharge.

“This pilot study on [convalescent plasma] therapy shows a potential therapeutic effect and low risk in the treatment of severe COVID-19 patients,” the authors of the new research wrote. “One dose of [convalescent plasma] with a high concentration of neutralizing antibodies can rapidly reduce the viral load and tends to improve clinical outcomes,” they added.

The authors, led by Kai Duan of China’s National Biotec Group Co. Ltd., said that only larger and more detailed studies will clarify the dose at which convalescent plasma produces the most healing effects, and when it should ideally be administered.

In recent days, the New York Blood Center (NYBC) has issued an urgent appeal for recovered COVID-19 patients to donate blood plasma for the creation of antibody-rich infusions. The first state blood bank to become a central repository for convalescent plasma, NYBC will collect, process the plasma for infusion, and maintain a bank for hospitals to treat patients with serious or immediately life-threatening COVID-19 infections.