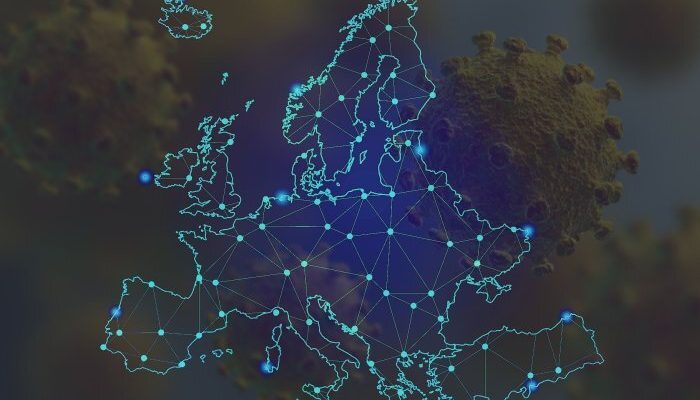 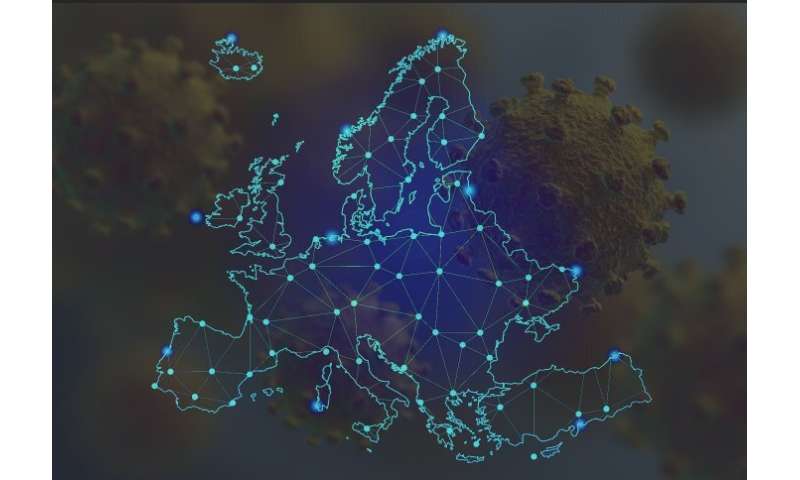 Strong social distancing measures to slow and suppress the spread of COVID-19 across Europe are estimated to have averted thousands of deaths.

The findings come from a new analysis by researchers at Imperial College London, which estimates the potential impact of interventions in 11 European countries to counter the coronavirus pandemic—including school closures and national lockdowns.

According to the research, up to 120,000 deaths may have already been averted in 11 countries, including the UK, Italy and Spain. However, they add that the estimated proportion of people to have been infected with the virus may only be between 2 to 12% of the population (2.7% in the UK).

Many European countries have now implemented unprecedented measures to mitigate the impact of COVID-19, including isolation of confirmed and suspected cases, closing schools and universities, banning mass-gatherings, and most recently, wide-scale social distancing including local and national lockdowns.

Such interventions are aimed at managing the epidemic to prevent an unmitigated rise in cases which would overload health care capacity. Now, the latest modeling shows that they may be having a significant impact, potentially averting up to 120,000 deaths across Europe.

Dr. Samir Bhatt, report author and Senior Lecturer from the School of Public Health, said: “It is of course a difficult time for Europe, but governments have taken significant steps to ensure health systems do not get overwhelmed. There is sound evidence that these have started to work and have flattened the curve.

“We believe a large number of lives have been saved. However, it is too soon to say if we have managed to fully control epidemics and more difficult decisions will need to be taken in the coming weeks”

Dr. Seth Flaxman, first author on the latest study, added: “Even as the death toll continues to mount, we see enough signal in the data to conclude that sustained, drastic actions taken by European governments have already saved lives by driving down the number of new infections each day.

“But because these interventions are very recent in most countries, and there is a lag between infection and death, it will take longer—from days to weeks—for these effects to be reflected in the number of daily deaths.” 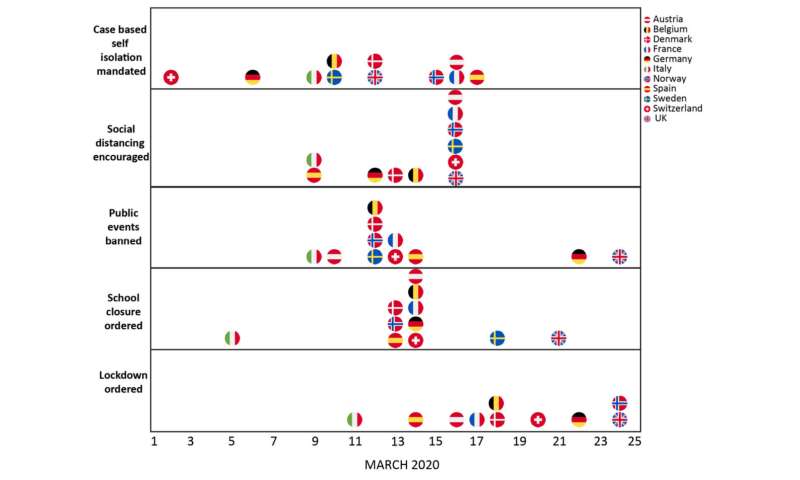 In the latest report, researchers aimed to model the likely impact of interventions in place on reducing loss of life. The team used real-time daily data from the European Centre of Disease Control (ECDC) on the number of deaths in 11 European countries: Austria, Belgium, Denmark, France, Germany, Italy, Norway, Spain, Sweden, Switzerland and the United Kingdom.

The team’s analysis shows that with the current interventions remaining in place, that measures across all 11 countries will have averted between 21,000 and 120,000 deaths up to 31 March. They add that many more deaths will be averted by keeping interventions in place until transmission drops to low levels.

“Our results suggest that interventions such as social distancing or lockdowns have already saved many lives and will continue to save lives,” explained Professor Axel Gandy, Chair of Statistics within the Department of Mathematics. “The impact of the pandemic is extreme—but it would have been much worse without the interventions. Keeping interventions in place is crucial for controlling it.”

In addition to reducing deaths, the latest report estimates that between 7 and 43 million people have been infected with the coronavirus (SARS-CoV-2) across all 11 countries up to 28th March, representing between 1.88% and 11.43% of the population.

Given the lag of 2-3 weeks between when transmission changes occur and when their impact can be observed in trends in deaths, it may still be too early to show for most of the 11 countries that recent interventions have been effective.

The researchers stress that the results are strongly driven by the data from countries with more advanced epidemics, and earlier interventions. It is critical, they explain, that the current social distancing measures remain in place, and trends in cases and deaths are closely monitored in the coming days and weeks to provide reassurance that transmission of the virus is slowing.

Professor Christl Donnelly, Professor of Statistical Epidemiology within the School of Public Health, said: “Europeans, like many people elsewhere, have changed their lives profoundly in recent weeks. This report makes clear early evidence of the benefits of these social distancing measures. By keeping our distance from each other, we limit the opportunities for the virus to spread and reduce the risks of illness and even death among those around us.”

Professor Neil Ferguson, Director of J-IDEA at Imperial, added: “This analysis show that the interventions European countries have put in place have significantly slowed the spread of COVID-19. However, it is not yet clear whether or how quickly these measures will cause the numbers of new cases to decline. Data collected in the next two weeks will be crucial to refining our assessment of this key point.”