A Colorado inmate has died after experiencing symptoms of COVID-19.

The inmate, who was not identified due to medical privacy laws, died at Parkview Medical Center in Pueblo after they were transported there from the Fremont Correctional Facility, according to a statement from the Colorado Department of Corrections (CDOC). 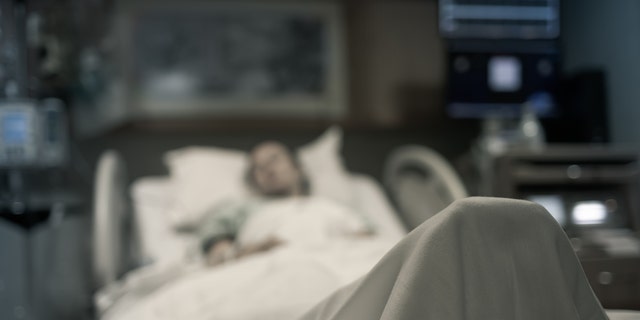 The inmate, who was not identified due to medical privacy laws, died at Parkview Medical Center in Pueblo after he or she was transported there from the Fremont Correctional Facility, according to a statement from the Colorado Department of Corrections (CDOC).
(iStock)

“The CDOC has been conducting regular staff testing over the last several months, in coordination with medical and public health experts. The Department has also been conducting inmate surveillance testing in order to identify and quarantine those who are positive to mitigate the spread of the virus within the facilities. The vast majority of inmates that have tested positive have been asymptomatic or have had very mild symptoms,” officials said in a statement.

“The facility has continued to undergo extensive cleaning multiple times a day and staff and inmates are all required to wear face coverings in the facility at all times,” they added.

The 57-year-old is now the second inmate from Fremont Correctional Facility to die after showing signs of COVID-19, The Denver Post reported, noting that six inmates incarcerated in the state's prisons have died of the virus to date.

Overall, more than 2,790 inmates in the state have contracted the deadly virus since March, according to the newspaper.

The news comes as the American Medical Association (AMA) called for stronger disease mitigation measures at the nation’s correctional and immigrant detention facilities, and has called for correctional workers, incarcerated people and detained immigrants to be included in the initial phases of coronavirus vaccine distribution.

“Throughout the COVID-19 pandemic, we’ve seen the virus spread quickly in high-density populations, particularly in correctional facilities,” Ilse R. Levin, D.O., M.P.H., T.M., and AMA board member said, in a news release on Tuesday. “Because of the high risk of SARS-CoV-2 infection among people who are incarcerated and correctional and detention center workers, the AMA is advocating for increased infection control measures, additional PPE, and priority access to vaccines to prevent the spread of COVID-19. Being incarcerated or detained should not be synonymous with being left totally vulnerable to COVID-19. These steps are vital to protect people and stop the spread of the virus.”

The new policy calls for all correctional and immigrant detention facilities to implement coronavirus infection prevention and control guidance, provide access to personal protective equipment, testing kits, sanitize and disinfect equipment, and “ensure human, safe quarantine protocols for anyone testing positive for or exposed to SARS-CoV-2.”

However, no decision has been made as to who will be the first to get the coronavirus vaccine once a candidate is approved by the FDA. The Centers for Disease Control and Prevention (CDC) is currently working to make recommendations on distribution based on input from the Advisory Committee on Immunization Practices (ACIP), a federal advisory committee made up of medical and public health experts.