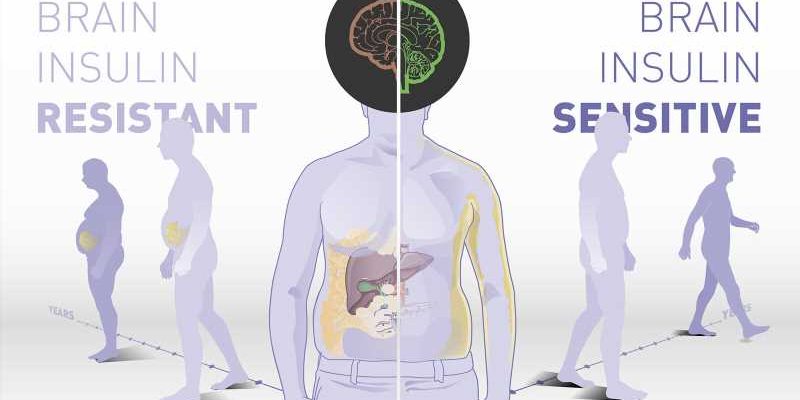 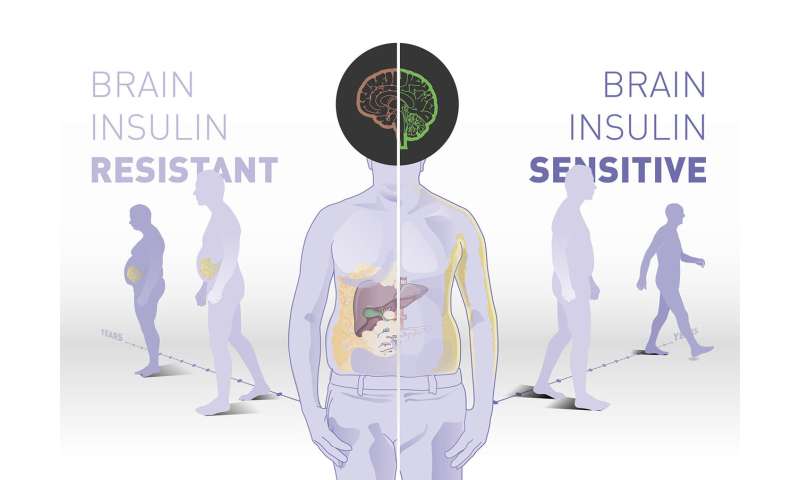 Just where fat is deposited in the body and to what degree a person may benefit from a lifestyle intervention depends, among other things, on how sensitive the brain is to insulin. If the person’s brain responds sensitively to the hormone, a significant amount of weight can be lost, unhealthy visceral fat reduced, and the weight loss can be maintained over the long term. However, If the person’s brain responds only slightly or not at all to insulin, the person only loses some weight at the beginning of the intervention and then experiences weight regain. Over the long term, visceral fat also increases. These are the results of a long-term study by the German Center for Diabetes Research (DZD), Helmholtz Zentrum München and Tübingen University Hospital which has now been published in Nature Communications.

To what extent body fat has an unhealthy effect depends primarily on where it is stored. If fat accumulates in the abdomen, this is particularly unfavorable. This is because the visceral fat releases numerous neurotransmitters that affect blood pressure, influence the secretion of the hormone insulin and can cause inflammation. This increases the risk of diabetes, cardiovascular disease and certain types of cancer. The subcutaneous fat which accumulates on the buttocks, thighs and hips has no adverse health effects. However, it is still unclear why fat storage does not occur in the same place in all people.

Studies in the Tübingen Lifestyle Intervention Program (TULIP) suggest that brain insulin responsiveness could play an important role here. They showed that people with a high insulin sensitivity in the brain benefit significantly more from a lifestyle intervention with a diet rich in fiber and exercise than people with insulin resistance in the brain. Not only did they lose more weight, they also had a healthier fat distribution. But how does insulin sensitivity affect the distribution of body fat and weight in the long term?

Researchers from the German Center for Diabetes Research (DZD), Helmholtz Zentrum München and Tübingen University Hospital investigated this question in a long-term study. For this purpose, they recorded the follow-up data of 15 participants over a period of nine years, in which the insulin sensitivity in the brain was determined by magnetoencephalography before the start of a 24-month lifestyle intervention.

It was found that insulin action in the brain not only determines body weight, but also the distribution of fat in the body. “Subjects with high insulin sensitivity in the brain benefited from the lifestyle intervention with a pronounced reduction in weight and visceral fat. Even after the lifestyle intervention had ended, they only regained a small amount of fat during the nine-year follow-up,” said the head of the study, Professor Martin Heni from Tübingen University Hospital. In contrast, people with brain insulin resistance only showed a slight weight loss in the first nine months of the program. “Afterwards, their body weight and visceral fat increased again during the following months of lifestyle intervention,” said first author PD Dr. Stephanie Kullmann from the IDM.