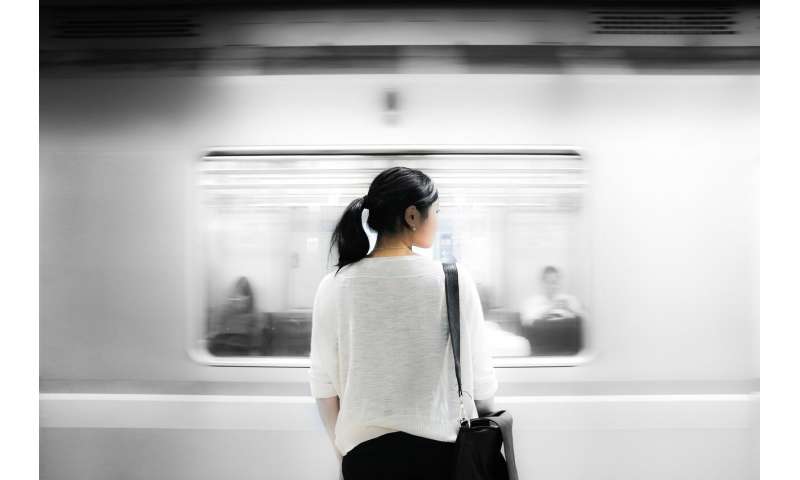 In early March, Yuming Wang, a Philadelphia lawyer, watched with increasing concern reports of racist incidents against Asian Americans over coronavirus fears trickle in from other cities. A Chinese woman was attacked for wearing a mask in New York City. A 16-year-old Asian American student was physically assaulted in Los Angeles.

Wang, who is the honorary chairman of the Pennsylvania United Chinese Coalition, decided to create a WeChat group for Chinese Americans who were worried about the rising numbers of racist incidents during the pandemic. Soon after, he began working closely with state and local police, the Philadelphia Commission on Human Relations, and other law enforcement agencies to encourage Chinese Americans who experience racist incidents to report them.

“Chinese Americans have been increasingly worried about their safety every day, and the issue is getting deeper and deeper into their mental health concerns,” Wang said. “Among (the group members), the biggest concern is that when someone goes somewhere, (they) may be attacked, verbally or physically, because of being Asian or Chinese Americans.”

Many Philadelphians are reluctant to leave their homes because of fears over contracting COVID-19. But members of the city’s Asian American communities have an additional worry—many are growing increasingly anxious about dealing with racist incidents, which can lead to negative mental health effects.

“When people are treated unfairly, it can create a stress response called allostatic load,” said Gilbert Gee, a professor in the department of community health sciences at the Fielding School of Public Health at the University of California Los Angeles. “Allostatic load can impair the body in many ways, such as weakening our immune systems.”

Racism against Asian Americans has existed for centuries—COVID-19-related violence is just a recent iteration. Kevin Nadal, a psychologist and professor at the John Jay College of Criminal Justice whose research focuses on the mental health effects of microaggressions, said it’s important to acknowledge that the fear of experiencing racism is very real.

“Even if people aren’t experiencing direct incidents, just the knowledge of it can cause them to feel anxious, depressed, or hypervigilant, which can lead to other mental health issues,” Nadal said. “It’s a collective trauma—the anticipation comes from people of your shared identity having experienced violence.”

Hate speech on social media is one example. In a study conducted by Gee, early results from an analysis of nearly one million tweets between November and March suggest that negative comments about Asians increased about 70%. Gee also found that negative comments about Asians increased 167% the week after President Donald Trump used the phrase China virus during a news conference.

“It’s really important to acknowledge that language matters and has a direct effect on marginalized communities that may be targeted,” said Nadal, who was not involved in the study. “When the president assigned blame to China instead of acknowledging that this virus, like most viruses, can come from a number of places, he definitely emboldens people to act out on their racism.”

Min Son and her family began wearing masks to grocery stores in March, even before the Centers for Disease Control and Prevention recommended everyone wear a mask. But they worried that the masks could make them a target.

“We were super cautious whenever we had to go outside,” said Son, a senior at Ursinus College. “Our president calling COVID-19 a “Chinese virus’ also played a part into our fear of discrimination. I am not Chinese, but to others, I may look like one. And I am not more vulnerable against this virus than other races. Viruses don’t discriminate, and discrimination against Asians protects nobody.”

The stress that results from anticipating racism can negatively affect the immune system, according to Suzanne Chong, a psychologist at Ursinus College.

“The immune system will be temporarily put on half for the body to be vigilant for possible threatening situations,” she said. “The anticipation of harassment might manifest as somatic symptoms of headaches, gastrointestinal disturbances, physical aches and pains, and an inability to fight off infections.”

Chong emphasized that people should not feel alone in facing fears over discrimination and race-based attacks. She pointed out that many organizations, like the U.S. Commission on Civil Rights, have condemned anti-Asian American rhetoric. She also encouraged people to reach out for support from friends, family members, community and religious leaders, and mental health professionals because “acknowledging the reality of racism and the impact … will help dispel the heaviness and burden of being targets.”

Chong encouraged people to speak out if they see someone being rude or making racist slurs, if they feel safe doing so. “Offer your empathy and be an ally against racism,” she said. “Your presence is the best salve against acts of cruelty.”

Nadal expects the impacts of coronavirus-fueled racism to be long lasting. He said the psychological effects of discriminatory acts by the U.S. government like the Chinese Exclusion Act in 1882 and Japanese internment in the 1940s are still felt today.