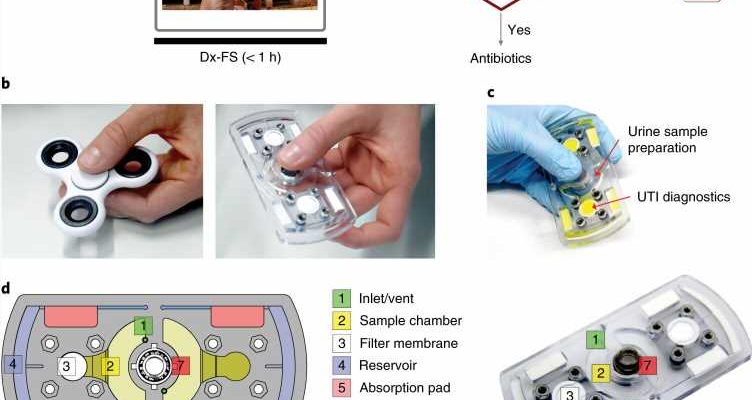 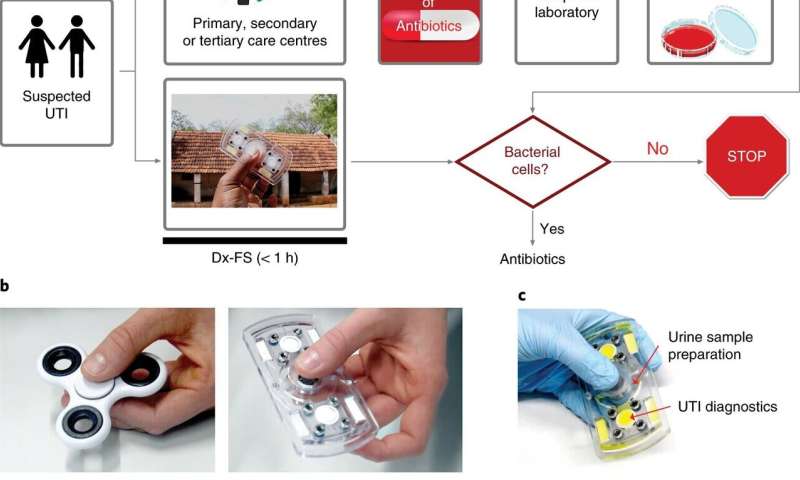 A team of researchers affiliated with multiple institutions in Korea and two in India has developed a fidget-spinner-like device that is able to detect UTIs in urine samples. In their paper published in the journal Nature Biomedical Engineering, the group describes how the device works and ways that it might be useful.

Urinary tract infections (UTIs) are a very common condition around the globe. They are much more often found in women and lead to millions of dollars in healthcare costs in addition to the pain and discomfort suffered by those afflicted. UTIs are also very common in pregnant women and can lead to a wide variety of problems for both the mother and baby. Currently, UTIs are diagnosed by doctors assessing patient-reported symptoms followed by pathogen detection in labs from submitted patient samples—a process that can take many hours or even days, depending on lab conditions. Because of such delays in detection, doctors very often prescribe antibiotics before a confirmation from a lab. This is a problem because over-prescription can lead to bacterial resistance. In this new effort, the researchers have created a device that can be used to diagnose UTIs in just 45 minutes—and it can be done at home without assistance from medical professionals.

The device looks very much like a commercial fidget spinner. Urine samples are placed inside of it and the device spins using hand action. The spinning motion forces the urine though a thin membrane, leaving any bacteria behind on the inside. If bacteria accumulate on the membrane, it will interact with a dye, revealing its presence. The process involves two spins of the device over the course of 45 minutes. The person performing the test can receive their diagnosis directly from the device by noting if the dye has been activated.

The researchers note that because it is fast, simple and easy to use, and requires no electricity, it could be deployed in developed countries as well as remote sites with limited access to health care. 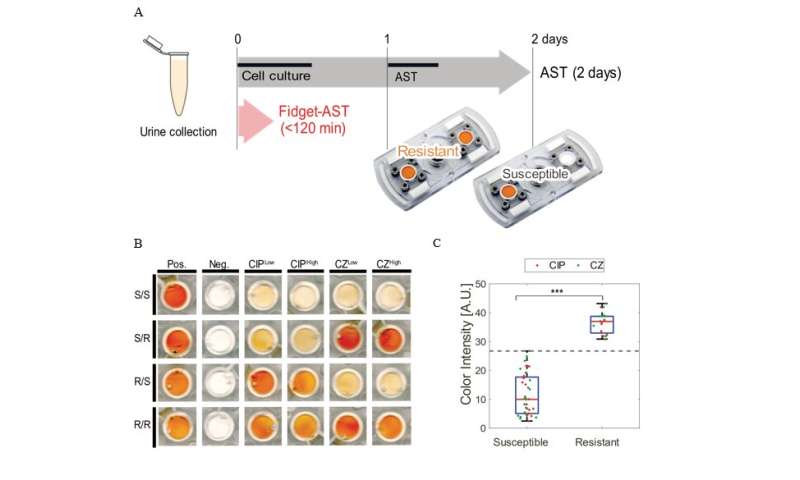