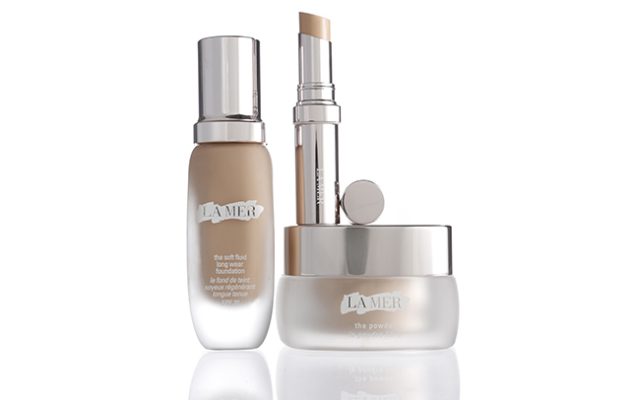 The Estée Lauder Cos. Inc. has made a series of executive promotions across several brands.
La Mer, MAC Cosmetics and Le Labo all have new global brand presidents, and Dr. Jart+ and Do the Right Thing have a new president for North Asia.
At La Mer, Justin Boxford has been promoted to global brand president after three years as global general manager. During his time at the business, La Mer has doubled in size, and in 2018, surpassed $1 billion in net sales. Boxford has led the brand's growth in fast-growing channels and markets, and expanded La Mer's consumer base in travel retail and Asia. He's also championed new products, including The Luminous Lifting Cushion Foundation SPF 20 and The Treatment Lotion Hydrating Mask.
Before La Mer, Boxford spent more than a decade leading the Estée Lauder brand and Tom Ford Beauty internationally and in Asia-Pacific.
In his expanded role at La Mer, Boxford will work to continue the brand's growth, while maintaining its luxury brand equity. He will continue to report to Sandra Main, global brand president of Bobbi Brown and La Mer.
"Justin's extensive luxury beauty experience and global point of view, combined with his expertise in brand building, driving engagement and omnichannel strategies make him uniquely suited to lead La Mer's next phase of global growth," Jane Hertzmark Hudis, Lauder group president, said in a statement.
At MAC, Philippe Pinatel, who joined the brand in 2018 as senior vice president and global general manager, has also been promoted to global brand president.
Pinatel has been tasked with turning around the MAC brand, which has struggled in the U.S. but continued to grow internationally. He is said to have driven positive momentum at the brand since his arrival, leading strategic direction, vision and building up a new management team, which includes Ukonwa Ojo as senior vice president of global marketing and Drew Elliott as global creative director.
Before he joined MAC, Pinatel was chief operations officer at beauty subscription business Birchbox. He's also worked at Sephora Canada and Sephora JCP.
In his new role at MAC, Pinatel will continue to lead transformation efforts that center around evolving the brand's culture and organizational model, targeting new capabilities and building an infrastructure to support growth and execution.
Le Labo has promoted Deborah Royer to global brand president and chief creative officer. She was most recently named global general manager and chief creative officer in 2015, following Lauder's 2014 acquisition of the brand.
Royer has been responsible for using Lauder resources in order to scale Le Labo while maintaining the brand's cult positioning in the fragrance market. The brand has grown in the double digits under her leadership, and has been able to develop new capabilities and product categories.
Royer's history includes a stint at L'Oréal developing designer perfume brands, as well as time at Paris-based fashion line Piece d'Anarchive.
As global brand president and chief creative officer, Royer is tasked with continuing to scale the brand. She and Pinatel both report to John Demsey, executive group president.
"Philippe's and Deborah's respective promotions recognize their outstanding leadership and ability to cultivate and nurture two iconic brands," Demsey said. "Artistry, culture and creativity are at the heart of both MAC Cosmetics and Le Labo, and Philippe and Deborah have each demonstrated the ability to preserve and leverage the core brand equities while driving growth and accelerating the strategic evolution of their businesses to meet the needs of consumers today."
At Dr. Jart+ and Do the Right Thing, Christopher Wood has been named president of North Asia, Japan, South Korea, now that Lauder has completed the outright acquisition of the company.
Most recently, Wood was working as Lauder's senior vice president of Asia-Pacific, where he was responsible for South Korea, Malaysia, Singapore, Japan, Australia, New Zealand, Thailand and emerging South East Asian markets. He has been part of the Dr. Jart+ and Do the Right Thing leadership team for the past four years, since Lauder's initial minority investment.
In the role, Wood will oversee the continued growth of both brands globally. He will report to Hudis for brand responsibilities, and to Mark Loomis, president of Asia-Pacific, for regional responsibilities.
"We're delighted that Christopher will lead our first acquisitions in the Asia-Pacific region, given his deep knowledge of Korea, including the ability to speak fluent Korean, and the APAC region with all its opportunities," Loomis said in a statement.
For more from WWD.com, see:
FDA Study Finds Sunscreen Ingredients Absorbed Into Bloodstream, Further Testing Needed
A New Innovation in Natural Deodorant: Acids
Source: Read Full Article