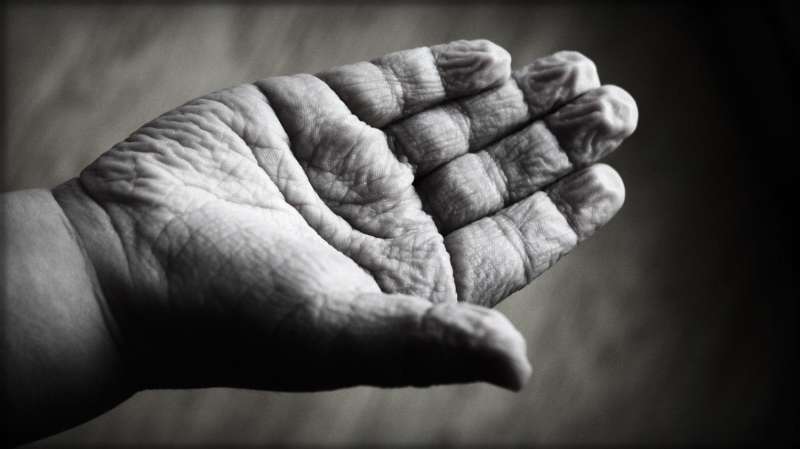 People often get sicker as they grow older, but new research from Gil McVean of the University of Oxford and colleagues finds that the impact of a person’s genes on their risk of getting sick actually wanes with age. The researchers published their new findings August 26th in the journal PLOS Genetics.

The genes we inherit from our parents influence our risk for almost all diseases, from cancer to heart disease to autoimmune disorders. With new genomic technologies, scientists can now use a person’s genome to predict their future disease risk. However, recent work has shown that the predictive power of a person’s genetics can depend on their age, sex and ethnicity.

In the new study, McVean’s team investigated whether the risk of developing a disease posed by carrying certain genes changes as a person gets older. In other words, they wanted to know if there are windows when people are more or less likely to develop diseases linked to genetics. They used genomic data from 500,000 people in the UK Biobank to look at how their genetics impact their risk of developing 24 common diseases. While different diseases had different risk patterns, the researchers showed that a person’s genetic risk is highest early in life and then drops off for many diseases, including high blood pressure, skin cancer and underactive thyroids.

Currently, the reasons why the risk posed by a person’s genes decreases with age are not clear. The researchers suspect that there may be unknown processes at work, such interactions between a person’s genes and their environment that lead to disease. A better understanding of how age impacts a person’s risk of developing a disease linked to their genes may help researchers make more accurate predictions about whether an individual will ultimately become sick with that condition.