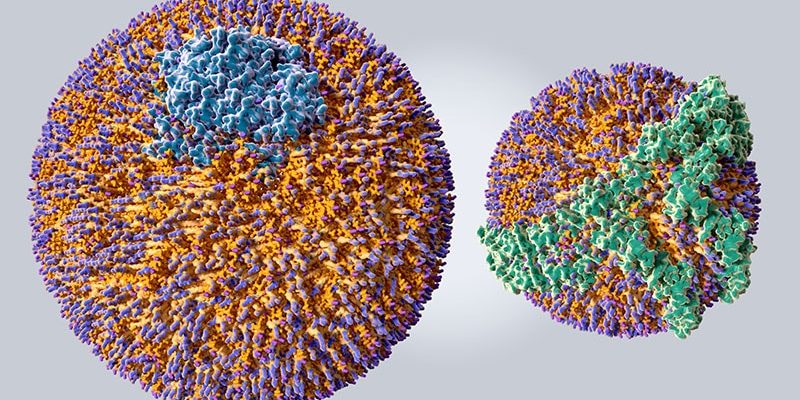 Lipoprotein(a) levels should be measured in clinical practice to refine risk prediction for atherosclerotic cardiovascular disease (ASCVD) and inform treatment decisions, even if they cannot yet be lowered directly, recommends the National Lipid Association (NLA) in a scientific statement.

The statement was published in the Journal of Clinical Lipidology on August 28.

“The question in the scientific community is: What role does that particular biomarker play in terms of causing serious heart disease, stroke, and calcification of the aortic valve?”

“It’s pretty clear that in and of itself, it actually can contribute and or cause any of those conditions,” he added. “The thing that’s then sort of problematic is that we don’t have a specific treatment to lower” Lp(a).

However, Wilson said that the statement underlines it is “still worth knowing” an individual’s Lp(a) concentrations because the risk with increased levels is “even higher for those people who have other conditions, such as metabolic disease, or diabetes, or high cholesterol.”

There are nevertheless several drugs in phase 2 and 3 clinical trials that appear to have the potential to significantly lower Lp(a) levels.

“I’m very excited,” said Wilson, noting that, so far, the drugs seem to be “quite safe,” and the currently available data suggest that they can “reduce Lp(a) levels by about 90%, which is huge.”

“That’s better than any drug we got on the market.”

He cautioned, however, that it is going to take time after the drugs are approved to see the real benefits and risks once they start being used in very large populations, given that raised Lp(a) concentrations are present in about 20% of the world population.

The publication of the NLA statement coincides with a similar one from the European Atherosclerosis Society (EAS) presented at the European Society of Cardiology Congress 2022 on August 29, and published simultaneously in the European Heart Journal.

Co-author of the EAS statement, Alberico L. Catapano, MD, PhD, professor of pharmacology at the University of Milan, Italy, and past president of the EAS, said that there are many areas in which the two statements are “in complete agreement.”

“However, the spirit of the documents is different,” he continued, chief among them being that the EAS statement focuses on the “global risk” of ASCVD and provides a risk calculator to help balance the risk increase with Lp(a) with that from other factors.

Another is that increased Lp(a) levels are recognized as being on a continuum in terms of their risk, such that there is no level at which raised concentrations can be deemed safe.

Wilson agreed with Capatano’s assessment, saying that the EAS statement takes current scientific observations “a step further,” in part by emphasizing that Lp(a) is “only one piece of the puzzle” for determining an individuals’ cardiovascular risk.

This will have huge implications for the conversations clinicians have with patients over shared decision-making, Wilson added.

Nevertheless, Catapano underlined to theheart.org | Medscape Cardiology that “both documents are very important” in terms of the need to “raise awareness about a causal risk factor” for cardiovascular disease as well as that modifying Lp(a) concentrations “will probably reduce the risk.”

The statement from the NLA builds on the Association’s prior Recommendations for the Patient-Centered Management of Dyslipidemia, published in two parts in 2014 and 2015, and comes to many of the same conclusions as the EAS statement.

It explains that apolipoprotein A, a component of Lp(a) attached to apolipoprotein B, has “unique” properties that promote the “initiation and progression of atherosclerosis and calcific valvular aortic stenosis, through endothelial dysfunction and pro-inflammatory responses, and pro-osteogenic effects promoting calcification.”

This, in turn, has the potential to cause myocardial infarction (MI) and ischemic stroke, the authors note.

This has been confirmed in meta-analyses of prospective, population-based studies showing a high risk for MI, coronary heart disease, and ischemic stroke with high Lp(a) levels, the statement adds.

Like the authors of the EAS statement, the NLA statement authors underline that the measurement of Lp(a) is “currently not standardized or harmonized,” and there is insufficient evidence on the utility of different cut-offs for risk based on age, gender, ethnicity, or the presence of comorbid conditions.

However, they do suggest that Lp(a) levels > 50 mg/dL (> 100 nmol/L) may be considered as a risk-enhancing factor favoring the initiation of statin therapy, although they note that the threshold could be threefold higher in African American individuals.

Despite these reservations, the authors say that Lp(a) testing “is reasonable” for refining the risk assessment of ASCVD in the first-degree relatives of people with premature ASCVD and those with a personal history of premature disease as well as in individuals with primary severe hypercholesterolemia.

Testing also “may be reasonable” to “aid in the clinician-patient discussion about whether to prescribe a statin” in people aged 40-75 years with borderline 10-year ASCVD risk, defined as 5%-7.4%, as well as in other equivocal clinical situations.

In terms of what to do in an individual with raised Lp(a) levels, the statement notes that lifestyle therapy and statins do not decrease Lp(a).

Although lomitapide (Juxtapid) and proprotein convertase subtilisin–kexin type 9 (PCSK9) inhibitors both lower levels of the lipoprotein, the former is “not recommended for ASCVD risk reduction,” whereas the impact of the latter on ASCVD risk reduction via Lp(a) reduction “remains undetermined.”

In the meantime, the authors say it is reasonable to use Lp(a) as a “risk-enhancing factor” for the initiation of moderate or high-intensity statins in the primary prevention of ASCVD and to consider the addition of ezetimibe and/or PCSK9 inhibitors in high and very high-risk patients already on maximally tolerated statin therapy.

Finally, the authors recognize the need for “additional evidence” to support clinical practice. In the absence of a randomized clinical trial of Lp(a) lowering in those who are at risk for ASCVD, they note that “several important unanswered questions remain.”

These include: “Is it reasonable to recommend universal testing of Lp(a) in everyone regardless of family history or health status, at least once to help encourage healthy habits and inform clinical decision-making?” “Will earlier testing and effective interventions help to improve outcomes?”

Alongside more evidence in children, the authors also emphasize that “additional data are urgently needed in Blacks, South Asians, and those of Hispanic descent.”