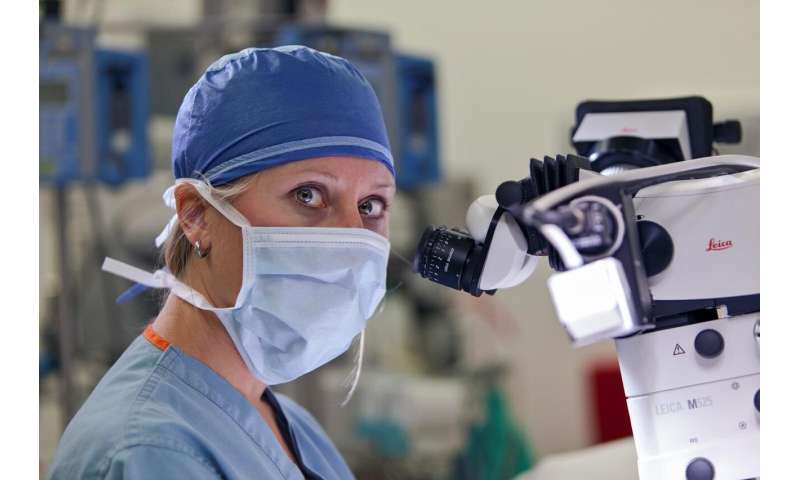 In recent decades, the age of men who father children has increased. However some older would-be dads face a stumbling block because they have undergone vasectomies. In addition, research has shown that male fertility decreases with age.

In good news for older men, a new study from Keck Medicine of USC published in Urology shows that men over 50 who undergo a vasectomy reversal had the same rate of pregnancy with their partners as their younger counterparts. Contrary to what one might expect, the man’s age was not a factor.

“These results are exciting for men looking to start families later in life who have had a vasectomy,” said Mary Samplaski, MD, a male infertility specialist with Keck Medicine and the lead investigator of the study. “This research is especially timely because anecdotally, fertility doctors are seeing an increase in the number of men interested in vasectomy reversals as couples focus on family planning during the COVID-19 pandemic.”

For couples wanting to pursue a pregnancy after a vasectomy, two main options exist: vasectomy reversal and sperm extraction with in vitro fertilization (IVF). “IVF can come with unique risks, such as psychological distress and multiple births, plus typically costs more than a reversal, making the reversal the best choice for some couples,” said Samplaski.

Approximately 20% of American men who undergo a vasectomy will want to father children in the future, and some 6% will request a reversal, research shows. But up until now, little data has existed regarding the effect of paternal age on reversal outcomes.

In the study, Samplaski and colleagues analyzed the results of some 3,000 men over 50 and 350 men under 50 who underwent a vasectomy reversal at two separate locations, one of which was Keck Hospital of USC. The surgeries were performed by a single high-volume surgeon. The mean age for the over-50 group was 54, and for the under-50 group, 39.

Of the younger cohort, 33.4% of couples achieved pregnancy; in the older male population, 26.1%. However, the study also looked at several other factors, such as how many years ago the man received the vasectomy, the age of the female partner and if the man smoked. When the woman was under 35 and/or the man had the vasectomy less than 10 years ago, the odds of getting pregnant were higher. Smoking decreased the odds.

“When we did a statistical analysis, and examined all these other factors involved, the data showed that age had no bearing on success,” said Samplaski. “Male age was not an independent factor.”

For example, one reason older men were statistically less successful than younger ones in reaching pregnancy was because men with advanced age tend to have older female partners.