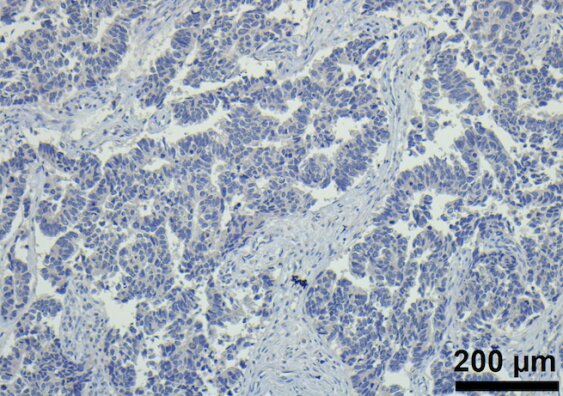 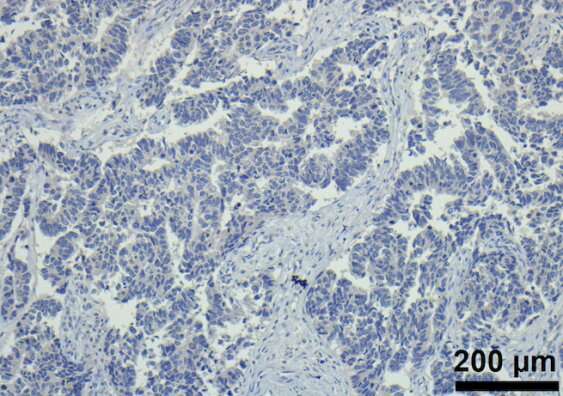 A new study has identified a key gene in aggressive endometrial cancer, which could lead to a targeted therapeutic strategy to improve survival rates.

UNSW Sydney medical researchers have identified the gene known as ROR1 as a future target for therapeutic treatment of aggressive endometrial cancer.

ROR1, which has a role in cell specialization in the developing embryo before being turned off in adult cells, is abnormally switched back on again in not only endometrial cancer, but other cancers common to both women and men, including leukemia and pancreatic cancer.

The researchers say that drugs targeting this gene are already being trialed in other cancer types and argue that their research puts the case for a clinical trial targeting this gene in women with endometrial cancers that contain these changes. The same team of researchers previously identified a role for ROR1 in ovarian cancer.

One of the researchers on the study, Associate Professor Caroline Ford from UNSW Medicine’s School of Women’s and Children’s Health, says up until now endometrial cancer has received very little attention and funding for research, despite it being the most common gynecological cancer, not to mention one of the fastest rising cancer types among women worldwide.

But she is optimistic that drugs targeting ROR1 could be trialed soon in Australia to test their effectiveness at ‘silencing’ the ROR1 genes in these aggressive endometrial cancers.

“Together with the Australia New Zealand Gynecological Oncology Group (ANZGOG), my clinical colleagues and I are very excited about the possibility of being able to effectively treat these tumors and have commenced discussions with pharma with a proposal for a clinical trial,” she says.

The study, which was just published in journal Scientific Reports, was a retrospective examination of tumor samples from 499 women with endometrial cancer from the late 1990s to the early 2000s. It found that women whose samples had higher levels of the ROR1 gene activity had worse health prognoses than women with lower amounts.

“Patients who have the highest levels of ROR1 survived the shortest amount of time, or relapsed in the shortest time,” Ford says.

“Our study also shows that if we artificially turn off ROR1 in aggressive tumors, as we did in the laboratory, the cancer cells stop growing, and stop invading and moving around. Ultimately this shows that we can inhibit their ability to metastasise—which means they are less able to spread to other parts of the body. So what we’ve shown is that ROR1 is indeed a viable target for treatment of endometrial cancer and that is associated with better chances of survival.”

One of the reasons that may have led to endometrial cancer receiving less attention than other cancers is the fact that women tend to have good survival rates with the less aggressive version of the cancer (endometrioid subtype), especially if it is detected early. But as Ford says, the overall mortality rate hides the true impact of the aggressive version of the cancer—including those known as serous endometrial cancers.

“The mortality is quite low, because it’s completely skewed by this large proportion of women that have early stage disease and—following surgery—are essentially cancer free,” she says.

If a clinical trial shows that targeting the ROR1 gene with selective drugs is effective, it will give women and practitioners more options when choosing the best course of treatment.

“The more things we have in our arsenal that we can actually treat with, the better for the patients to personalize the treatment and to give them options that are appropriate for their life stage and circumstances,” Ford says.

Intriguingly, women with the less aggressive version may also benefit from this targeted approach.

“We found that by looking at a large cohort of endometrial cancers which included those with better prognoses, that they also have this aberrant overexpression of ROR1. So we think that they could also benefit from this therapy, which is one of the reasons why we are so eager to get our trial up and running.”

“Through ANZGOG, we have been able to develop a collaboration of pre-clinical and clinical researchers to develop an innovative Phase II study which will look at the effectiveness of these drugs for women with advanced endometrial cancer whose tumors have ROR1 gene expression,” she says.

“Women in this subset often have very aggressive tumors with limited treatment options and therefore this innovative and targeted study will be of significant interest both locally and globally.”