When I was about 10 years old, I developed a hard, super painful lump on the inside of one of my thighs. When I told my mom, she said, “It’s OK. I get that sometimes too. It will go away.” It did eventually, but then I kept getting more lumps. Some in that same area, and others in my armpit. I had no idea what was going on with my body. I just hoped it would go away.

Then, in my senior year of high school, I found a lump between my breasts. Worried, I went to the doctor. When I showed them the lump, they dismissed it as a pimple. At home, I ended up popping it, but it came back even larger.

The lumps kept coming and going, becoming more frequent when I went off to college in 2014. During my freshman year, a lump developed between my butt cheeks. I couldn’t ignore this one; it hurt so badly that I was unable to sit. I talked about it with a friend who once had a cyst on their tailbone. They told me, “Go to the doctor. He’ll drain it, and it will be fine.” I did just that, but I had never been in so much pain or seen so much pus. Afterward, the doctor gave me antibiotics, and that was it. He had no other advice for me.

I’m a big WebMD and Google person, so I started searching online for answers. I wanted to know why this was happening and if there was something deeper going on with my health. I found one blog post and a few comments in forums about hidradenitis suppurativa (HS), a skin condition marked by pitted regions of skin that have blackheads and painful lumps that sometimes burst open, releasing pus and fluid. Although there wasn’t much research on the condition at that time, from what I read, I felt like I definitely had HS. About five months later, I told my mom I thought I had the condition. She said it made sense, because not only does she have it, so does my aunt, cousin, and sister, and HS tends to run in families. She had never mentioned HS before, so all of this was new information to me.

Everything I read seemed to minimize my condition and placed a burden on me to figure out a solution.

While the online information helped me self-diagnose my condition, the advice was abysmal. Most posts talked about losing weight or wearing loose-fitting clothing. I felt like everything I read seemed to minimize my condition and placed a burden on me to figure out a solution. It was the equivalent of saying, “Good luck.” Given the lack of information out there, I couldn’t take steps to prevent flare-ups, but at least I could tell providers I had HS if I needed a bump drained.

As a Black woman, I’ve often been disregarded and disbelieved within healthcare settings. Add that I’m a queer woman and I’m plus-size, I’m constantly being negated, questioned, and not taken seriously. I have to advocate for myself, or I won’t get what I need. Having a diagnosis—albeit an informal one—allowed me to tell doctors what I needed. This helped me feel empowered and in control of my health, during a time when I felt my body was turning against me.

In 2015, I studied abroad in Spain. During that time, I developed an HS bump that was four inches across—the biggest one I’ve ever had. I tried to manage it at home, but it became infected and hot to the touch. I was terrified, and I was in a foreign country without a doctor. I cried for four days straight. When I developed a fever—which had never happened before when I’d had other HS flares—I finally went to a doctor. 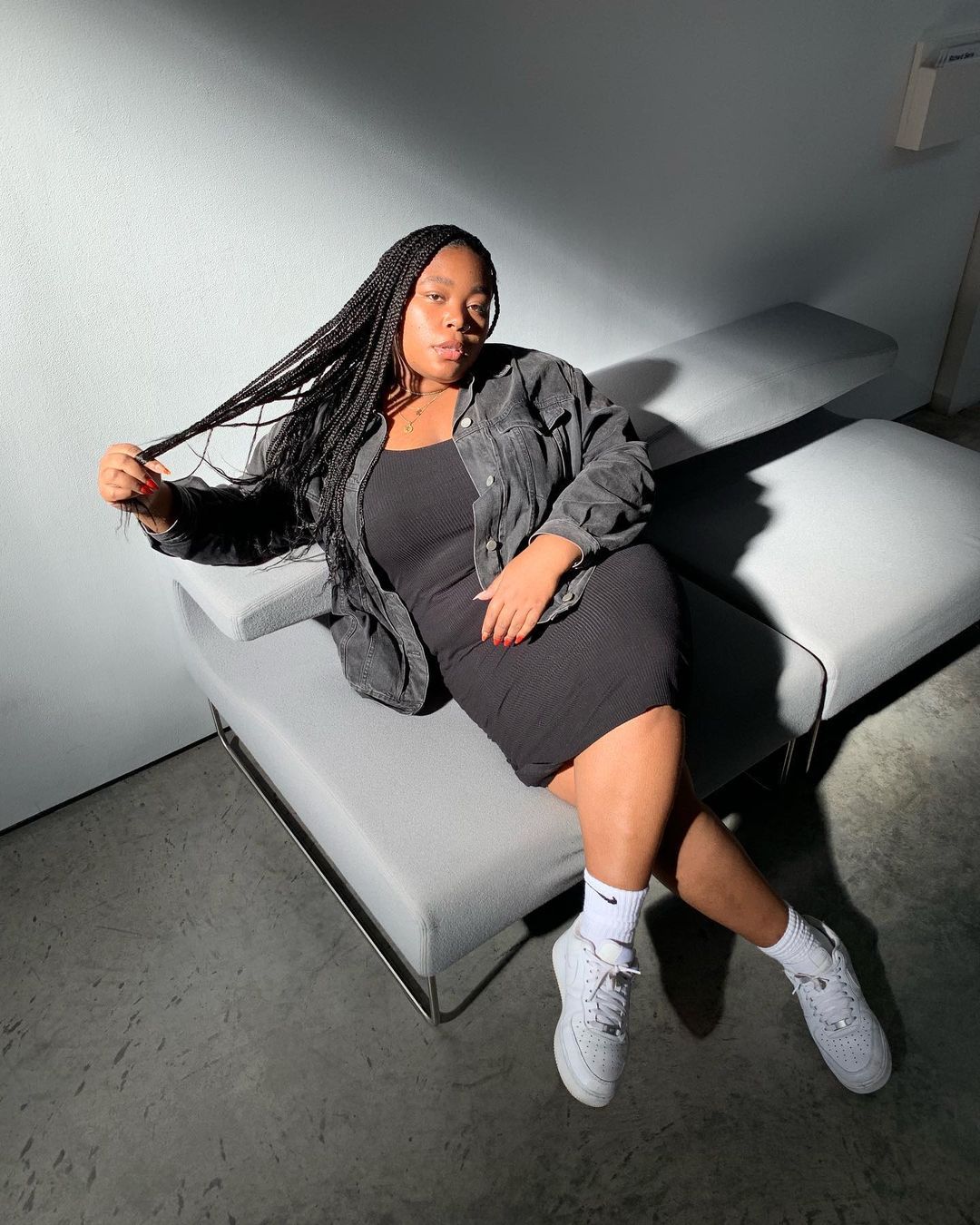 She not only drained my lumps, she told me, “You definitely have hidradenitis suppurativa.” For the first time, a healthcare provider officially diagnosed me. I left her office with antibiotics and the feeling that I was finally seen. Although I was never looking to doctors for an answer—I only wanted them to drain my lumps and perhaps give me steroids to reduce the inflammation or antibiotics to fight the infection—I could finally own my HS. When I came back home to the States, I felt even more confident telling doctors about my condition and how they could help me.

Finding what works for me

For many years, I was insecure and anxious about all of my scar tissue from deep bumps forming over and over again in the same places and bursting open. But now I’ve moved past it, and I have my HS under control.

A few years ago, I tried an elimination diet, removing several food groups from my diet and slowly adding them back in one at a time to see how my HS responded. I realized my HS is related to sugar—especially in the weeks leading up to my period. If I have something sweet during that time, I can feel in an hour that it’s going to make my HS flare-up. I’ve also found that if I feel a flare coming on, covering it with manuka honey can help prevent it from becoming full-blown. And I never shave, because nicking the skin irritates my scars. I could wax, but I just don’t care about being hairy.

Once you understand your body and know what it needs, it gets better.

Even with such a good handle on my condition, living with HS is overwhelming sometimes. If I’m having a bad flare, I have to push through and go to work. But I don’t let it get me down. This is the one body I have, I have to just deal with it.

If you think you have HS and you’re showing textbook symptoms, trust your gut. Tell a doctor, “I think I have hidradenitis suppurativa” and ask “Do you have experience with this?” Going in with a clear idea of what you might have can boost your confidence. And never stop trying to figure out what works for you to manage your condition. Once you understand your body and know what it needs, it gets better—something my 10-year-old self really could have benefited from hearing.