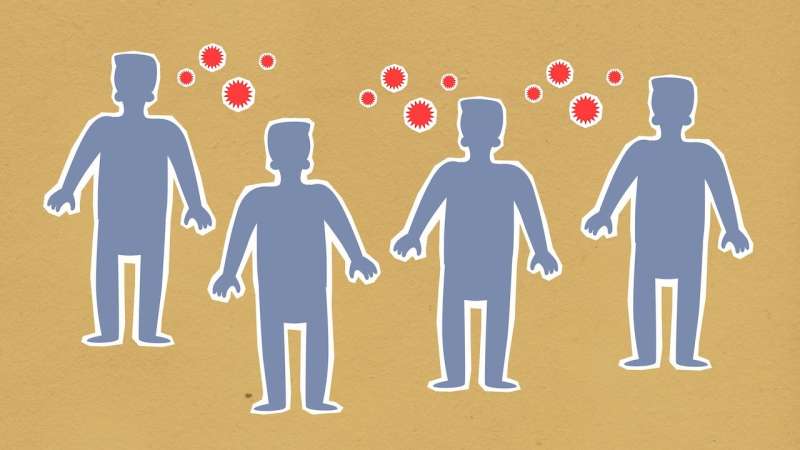 New COVID-19 variants could potentially be contained where they arise using genetic sequencing, a new study from the University of Georgia has found. But it will require global cooperation.

Published in PNAS Nexus, the study found that standard methods that first assess a new variant’s severity are too slow to stop its spread. Next-generation genetic sequencing, however, offers a feasible alternative to spot new variants with enough time to contain variants where they first appear.

Genetic sequencing is a process by which researchers can determine the genetic makeup of an organism. In the case of COVID-19, some new variants, particularly the more concerning ones, have distinct differences in their genetic code. That means researchers can use genetic codes to detect new troubling variants.

“The bite-sized take-home message of the study is that with the right scale of genetic sequencing, containment of new variants at their source is, in principle, feasible,” said Pejman Rohani, co-author of the study and an associate dean in the Odum School of Ecology. “Now the question is whether there’s the appetite for doing that.”

The British government, for example, recently announced they were no longer going to test asymptomatic individuals for COVID-19, a move that Rohani said is a step in the wrong direction.

“Containment efforts need to be coordinated, and they need to be well designed because variants are not going away,” said Tobias Brett, lead author of the study and a postdoctoral researcher in the Odum School of Ecology. “As long as SARS-CoV-2 continues to circulate in human populations, new variants will emerge. Continued surveillance of this virus is absolutely necessary. But it would require global collaboration to work.”

The concept of using sequencing to identify disease outbreaks isn’t new. And it’s definitely not unique to the coronavirus.

The researchers developed a mathematical model that simulates the effects of an emerging variant, tracking its early transmission within a population and its subsequent spread through people traveling from other locations.

The researchers also found that travel bans that stopped short of quarantining all new arrivals until they are confirmed to not have the virus are unlikely to prevent a variant’s geographic spread. At best, a ban that reduces the amount of people coming into a population by 99% would only delay the variant’s arrival by about a month, the study showed.

“The tricky thing is policymakers have to make a decision to potentially implement travel restrictions before they know how big a threat the new variant or disease is,” Brett said.

While that does pose the risk of false alarms, the researchers believe making those informed judgment calls could make all the difference.

“Public health authorities have a number of options in terms of what kind of information they would like to invest in,” Rohani said. “Some countries have really invested heavily into serology (or the study of examining bodily fluid samples for antibodies), which allows them to have a good idea of how many people have been vaccinated and how many people have been previously infected.