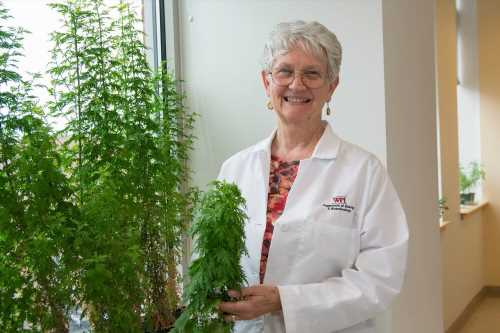 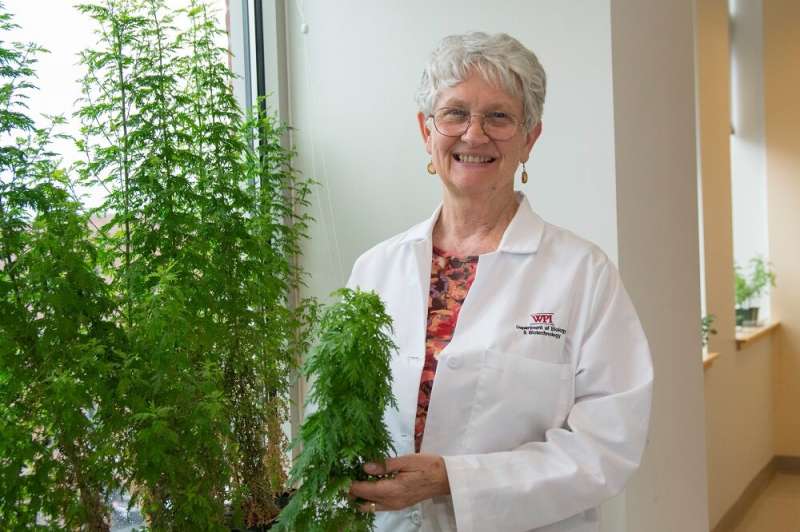 A team of researchers that includes Worcester Polytechnic Institute Biology Professor Pamela Weathers has found that extracts from the leaves of the Artemisia annua plant, a medicinal herb also known as sweet wormwood, inhibit the replication of the SARS-CoV-2 virus and two of its recent variants.

The team, which included researchers from Columbia University in New York and the University of Washington at Seattle, also found that extracts of the plant were more effective against the virus when levels of a key therapeutic compound in the plant, artemisinin, were low. The in vitro findings led the researchers to suggest that one or more compounds in Artemisia annua, or A. annua, that have not yet been identified may point to a safe, low-cost therapeutic treatment for SARS-CoV-2, the virus responsible for the COVID-19 pandemic.

The work was described in an article published in the Journal of Ethnopharmacology.

“Artemisia annua has been studied extensively, and it has been used safely for more than 2,000 years in traditional medicine to treat a variety of fever-related ailments,” Weathers said. “A. annua could provide clues to new safe, cost-effective small molecule therapies or even be used as an antiviral nutraceutical.”

The researchers soaked dried leaves of A. annua, obtained from four continents in hot water and tested the solutions against SARS-CoV-2 and two variants originating from the United Kingdom and South Africa. Some leaf samples were 12 years old but still potent against the virus. Researchers also tested artemisinin alone against the viruses, but the plant extracts were more potent. Artemisinin is a compound naturally produced by the plant, but is usually extracted, chemically modified, and developed in combination with other drugs to treat malaria.

Results showed that the extracts of A. annua did not block the virus from entering cells but interfered with the virus’ ability to replicate, thus killing it. In addition, the anti-replication activity did not appear linked to artemisinin or flavonoids, which are natural substances in the plants.

Weathers has long studied different strains of Artemisia, which are grown around the world. She recently was a co-author on papers exploring the anti-malaria properties of artemisinin and the impact of A. annua and artemisinin extracts on the malaria parasite. She also is collaborating on a study at WPI to identify compounds in A. annua that may be effective against the bacteria responsible for tuberculosis.

Weathers said more work is needed to identify the compound or combination of compounds in A. annua responsible for inhibiting viral replication.